Microsoft does not fly alone in the world of operating systems. It has strong competition from Apple with macOS and Google with Chrome OS, but the two systems are far from Windows in terms of the number of users or capabilities.

Several days ago, Microsoft celebrated the official launch of Windows 11, the latest version of the system that was launched for the first time in 1985. In this article, we talk to you about all versions of the Windows operating system since its inception until now.

The first version of the most popular operating system was launched in 1985, as mentioned above. As an update to MS-DOS, which was based on writing code without any graphical interface.

This release made it possible to run applications but with a very simple concept as you can expect. In addition, it was allowed to open more than one “window” at the same time, but next to each other. The system included only applications for the computer, the clock, the drawing, and the writing. 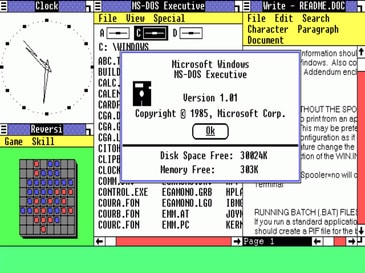 The second version of the system was launched at the end of 1987. The system was still based on MS-DOS, as was the case with the previous version. But it has introduced a large number of improvements and additions along with an improvement in performance in general.

This version introduced greater control over windows with the ability to place one window on top of another. It included the same applications that were present in the previous version along with the first versions of Word and Excel. This system was known to be the first system that required a hard disk. 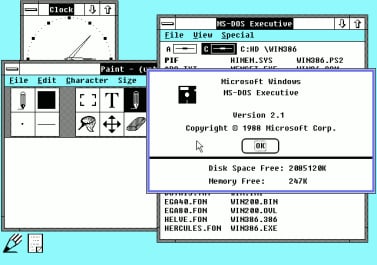 Later in 1990, the third version of the operating system, Windows 3.0, was released, which provided a redesign of the user interface, but it was similar to the previous version in numerical respects.

The system provided a three-dimensional design as possible compared to previous systems with a flat design. The calculator app has been greatly improved along with introducing a number of major applications such as the program manager, file manager, and task list.

The first version of Solitaire has been introduced. The system also provided the ability to play and record music professionally. 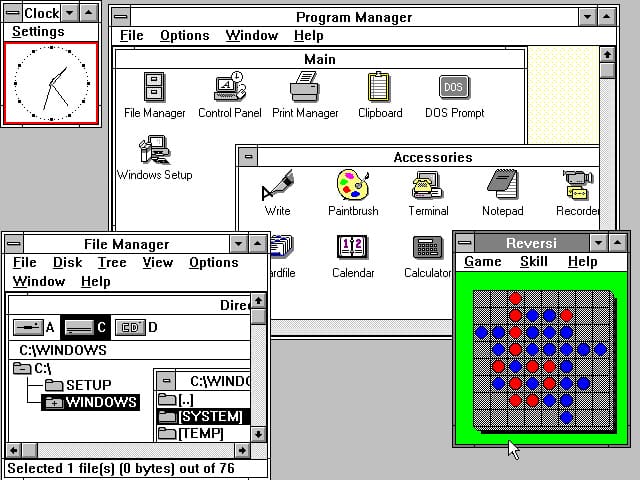 This system was distinguished by its recent arrival with a standalone software architecture. As all previous versions were based on MS-DOS while this system was based on Windows NT Kernel. It is the same software base that runs Windows systems until the present time.

Read also: Russia is responsible for half of the state-backed hacks 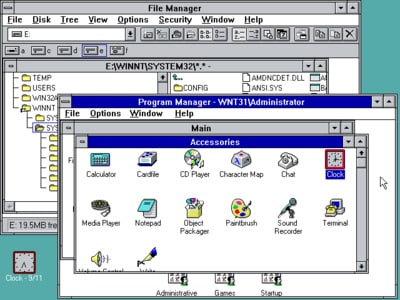 This system was launched in 1995 as the name suggests. It was based on a new version of the firmware called NT 4.0. This release introduced significant and tangible changes and is one of the biggest and most important releases.

This is because this version has introduced the taskbar feature for the first time. Through it, the user was able to control applications, along with the iconic Start menu, which is still an integral part of the system.

The software giant introduced Windows Explorer as a basic file management application. In addition to the user’s recycle bin and folders such as Documents, Downloads, and others. It was later followed by the release of Windows 98 which introduced minor improvements.

After the launch of Windows 95, Windows 98 and then Windows 2000 were launched, but these versions were modest in terms of improvements. Also, Microsoft was continuing to work on NT and MS-DOS architectures at the same time.

And later, in 2001, Windows XP was released, which is one of the most important operating systems in history. Microsoft has since abandoned MS-DOS. The device introduced a redesigned user interface along with significant improvements to the taskbar.

In addition to this, the integrated applications came within the system, and the system received successive updates that continued until 2014, and some are still using it until the present time. 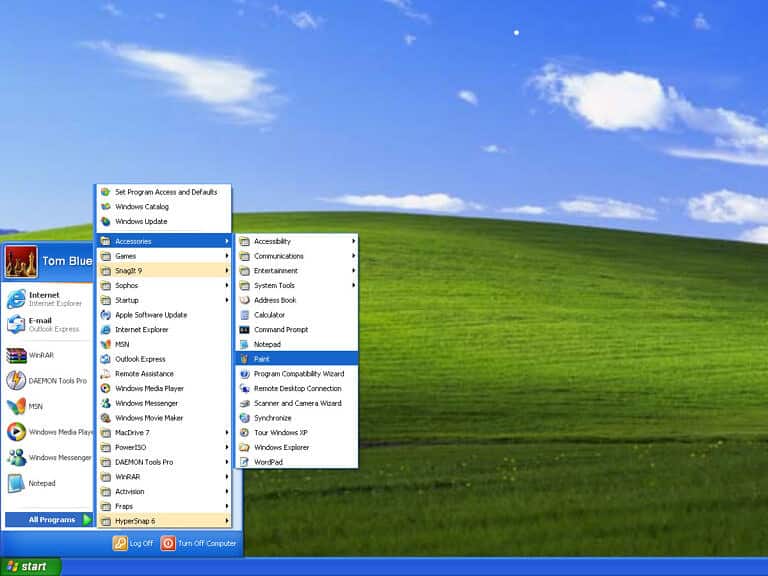 Read also: 3 reasons why Windows 11 is better than Windows 10

Perhaps all of us have lived through the Windows Vista operating system, which Microsoft launched in 2006. This system did not achieve the desired success in light of the dependence of millions on the XP version. The system has also been known to be very resource intensive.

On the other hand, the system has provided a distinctive user experience and a wonderful interface. But the personal computers of that era were not powerful enough to use it smoothly. 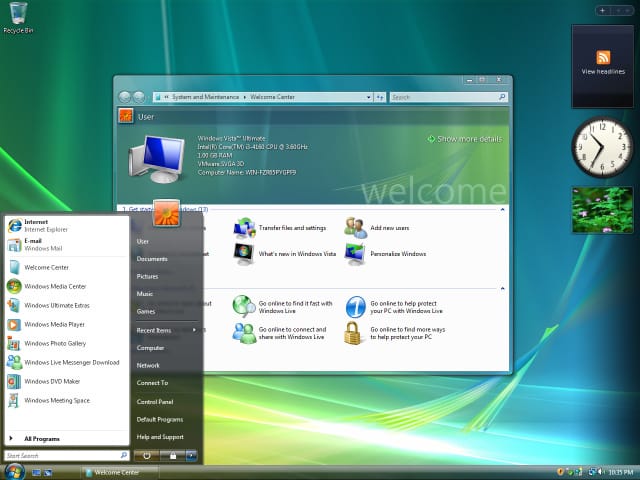 Microsoft has fixed all the problems of the previous version in this release. Without a doubt, it was one of the most successful versions of the system ever. Millions of people use it to date, despite its release in 2009.

The system introduced a number of new features and features and we all experienced them. In addition, it carried a comprehensive version of Windows Media Player for media playback and much more. Some see it as an ideal system for playing games compared to the current versions.

Users disagreed that Windows 8 was introducing a new design with its Metro menu which replaces the iconic Start menu. This system introduced the Microsoft Store app for the first time. But it passed unnoticed before the new version 8.1 came out, which included significant improvements. 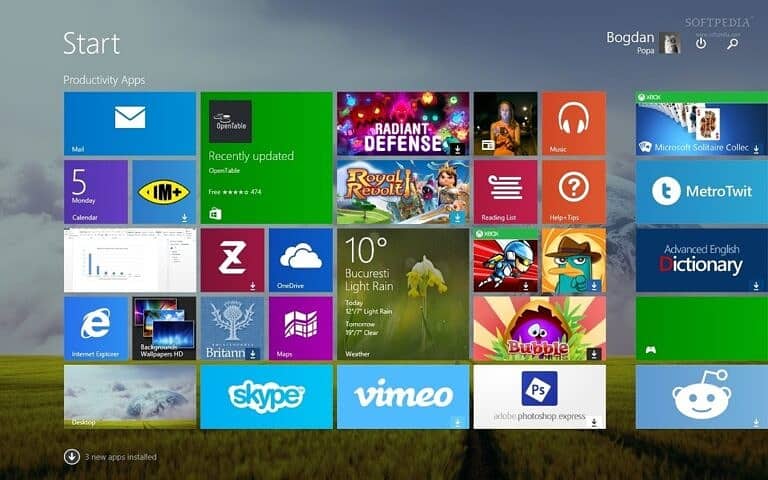 Windows 10 is not literally the 10th edition. But it was associated with the number 10 because of the name, especially after Microsoft made its decision to keep this system as a stable operating system that does not change. This is starting from 2015.

Microsoft has combined the best features of Windows 7 with new and interesting updates in version 8.1. Indeed, this release has brought the majority of system users together. Until Microsoft announced Windows 11.

Microsoft allowed her system New as a free update for owners of the previous version. The company offers a wide range of new features and features as well as a complete redesign throughout the system. You can read dozens of articles about the system here. 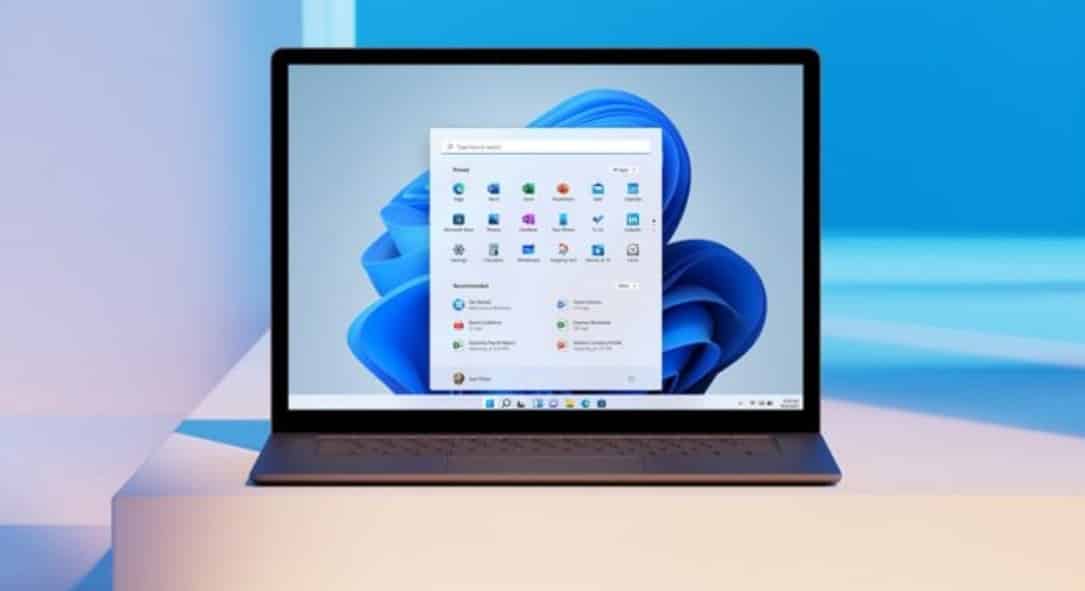 Identification documents should not be stored in the Apple Wallet