The Monterey Mac system comes from Apple to provide many of the expected features that facilitate the use of computers a lot.

AirPlay is one such useful feature that many have been waiting for, and Apple offers a different use of the feature in the latest version of the system.

Read also: Tips to keep your MacBook’s temperature from getting too high

Airplay works perfectly in all Apple computers, where you can use it with iPhone, Mac and iPad without any trouble.

But Apple has developed the way the feature works and is able to use it to display content on Mac screens instead of on TV.

AirPlay differs from the mirroring of many mobile phones, in that AirPlay allows you to view only the content and not the rest of the screen.

So you can view photos of your recent trip on Mac computers without leaving your phone or stopping using it, as the photo display works separately from the phone screen.

AirPlay works with audio files, photos, and videos alike without the need to convert or transfer files to a computer.

AirPlay works with Mac computers in a similar way to standard TVs or supported devices.

So you can go to the clip or content that you want to display on your Mac screen, and then open the command-line interface.

You find an AirPlay tile at the top of the screen, and you can control the playback and pause of clips via this tile. 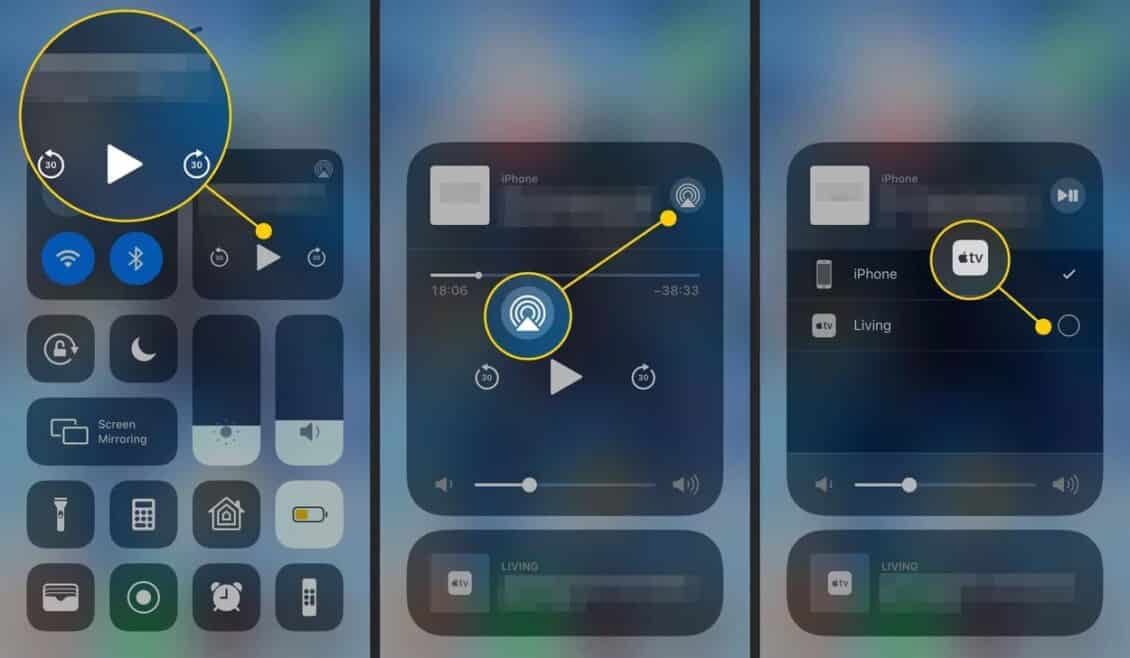 You can also use the Mirroring feature by pressing its button, as you can see in the image below. 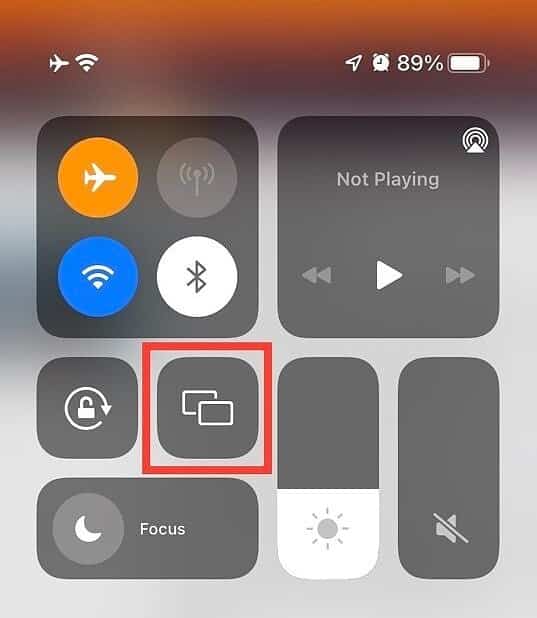 Then choose your Mac computer from the list, and if you have more than one device that supports AirPlay, you will find them all mentioned in the list. 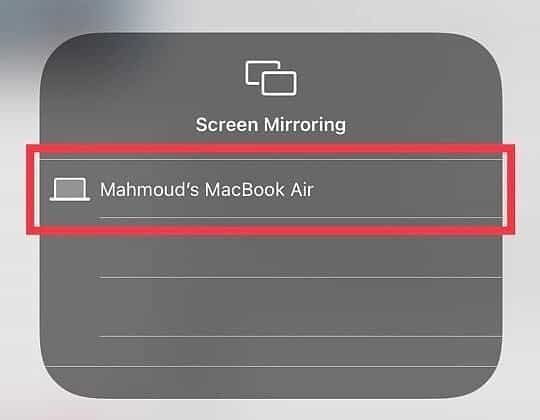 And you can stop the feature from working by following the same steps and clicking on the name of your device again until the broadcast is stopped.

In order for the feature to work well and show you all the devices that support it, your iPhone must be connected to the same internet as the other devices.

The iPhone does not have to be running iOS 15, but the Mac computer must use the Monterey system and use the same Apple account as the phone.