The Google Business package includes all Google applications that facilitate remote work, such as Google Drive, Gmail and Google Calendar.

Therefore, users of this package prefer to rely on Google Meet rather than other meeting applications.

This prompts Google to provide more developments and new features in the platform in order to retain its customers and not lose them to other platforms.

And Google added Breakout Rooms to the Google Meet platform in its latest update.

How to use separate meeting rooms in Google Meet

Separate meeting rooms in Google Meet allow you to have a small meeting between a group of participants away from the large meeting.

You can think of them as small rooms within a large room that houses the large meeting.

The platform allows you to create a maximum of 100 separate rooms, and you can use these rooms to distribute tasks among attendees or make mini meetings between departments.

Meeting moderators cannot create these rooms, as the meeting manager with a paid plan must create them himself.

You can equip separate rooms in the following ways:

Prepare separate rooms before the meeting

Google allows you to create separate rooms before the meeting starts and assign participants to them while the meeting is set up in Google Calendar.

You can do this by setting up a meeting via Google Calendar, and then start adding participants to that meeting. 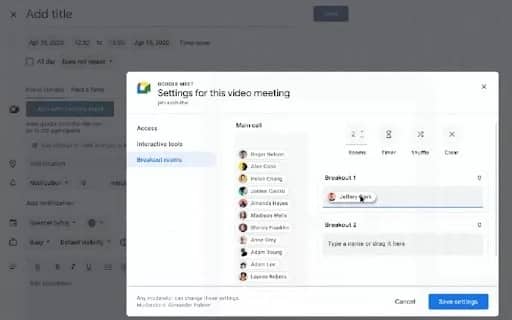 Then click on the Edit Meeting button and choose the Separate Rooms tab from the new window.

You can assign participants to separate rooms through this window as well as specify the number of participants in each room and give it a name.

Also Read: How to Delete All Photos from iPhone

You can set up separate meeting rooms directly within the meeting, by pressing the activities button in the Google Meet interface.

Then go to the separate rooms tab, and from here you can specify the number of rooms you want to create. 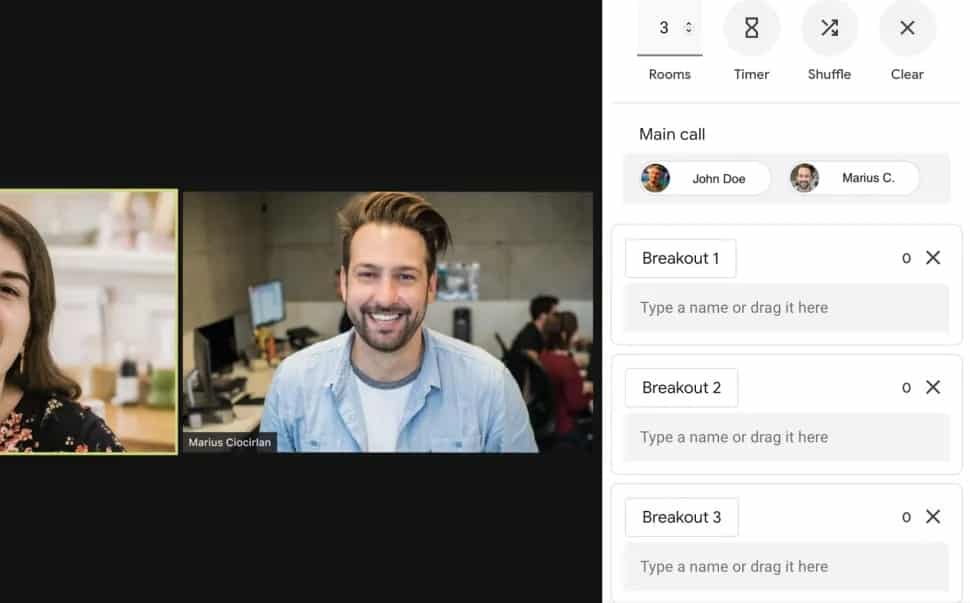 You can also distribute the participants yourself in the rooms or have the platform randomize them, and you can set a timer until the meeting ends.

After you have finished preparing the rooms, click on the button to open the separate rooms, so that the participants will be distributed automatically.

A pop-up appears for subscribers in separate rooms asking them to move to their own room.

Subscribers can leave rooms by pressing the leave room button and return to the main room at any time they wish.

By pressing the activities button and choosing to join any room they want. 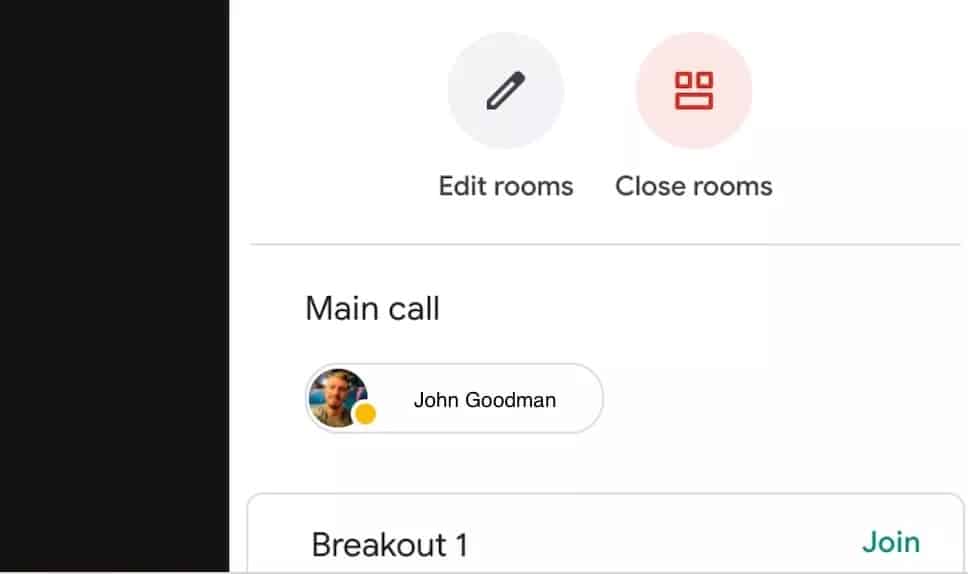 Read also: Google Meet warns you when there is an echo due to your device