Donald Trump lashed out at Senate GOP Leader Mitch McConnell yet again on Sunday morning, lambasting his establishment Republican rival as a ‘disaster’ over his support for Joe Biden’s $1.2 trillion infrastructure bill.

Speaking to Fox News, the ex-president urged GOP voters to elect ‘tougher people’ rather than ‘Mitch McConnell-type guys’ as the 2022 midterm elections draw near.

He criticized McConnell for not leveraging the US debt limit to kill Biden’s bipartisan bill.

‘He could have used that to win everything and he chose not to,’ Trump said.

With 11 months until the 2022 elections, the ex-president has already endorsed dozens of candidates – some even as primary challengers to incumbent Republicans.

He added, ‘the Republicans have to get a new leader.’

But removing McConnell seems all but impossible. Unanimously elected to lead the Senate Republican Conference eight times since 2006, the Kentucky lawmaker is the longest-serving GOP Senate leader in history.

McConnell has also been a frequent target of the ex-president’s, especially after he and 19 other Republicans voted for Biden’s infrastructure investment. 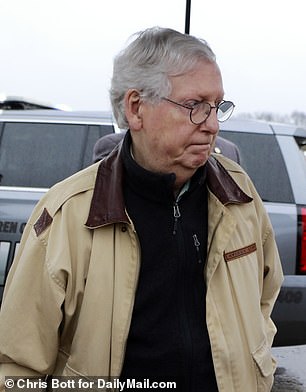 Trump mocked his successor in an interview taped Friday where he questioned whether Joe Biden is running the country after he called Vice President Kamala Harris the president during a graduation commencement speech.

He told Fox News’ Maria Bartiromo in the interview that aired Sunday that ‘in the truest sense’ Biden is ‘not running the country.’ Trump specifically pointed to Biden repeatedly referring to Harris as the president and flip flopping from one day to the next on issues he supports.

The former president also told Bartiromo that he hopes for a rematch with Hillary Clinton in 2024 – even though he has not yet announced he is running. And he praised the relationship he forced with Xi Jinping when he was in the White House, even though the Chinese leader is a ‘killer.’

‘Do you think someone else is directing him?’ she asked.

‘I’ll tell you,’ he continued. ‘I can’t imagine what’s going on. It’s hard to believe.’

‘Well, think of it,’ he started. ‘It was so obvious in this case’ that he is not in charge. 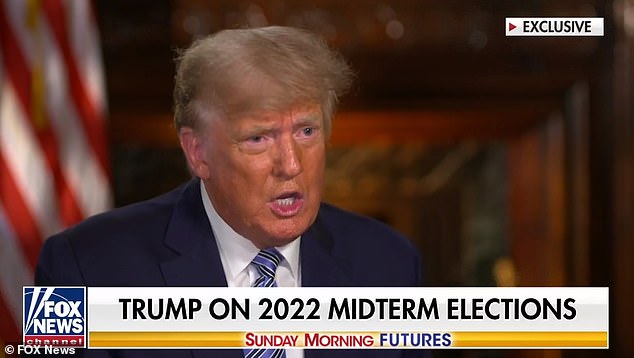 Donald Trump sat down for a wide-range interview with Fox News’ Maria Bartiromo on Friday, which aired on Sunday Morning Futures 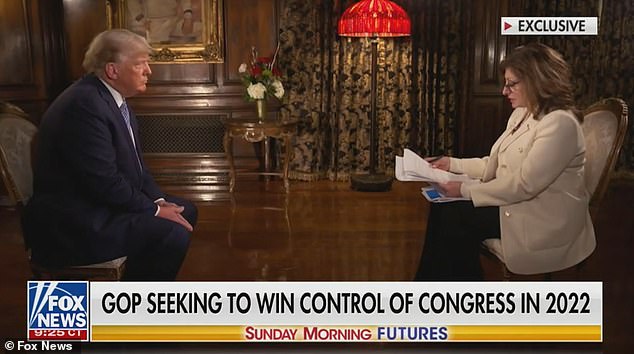 The ex-president spent roughly 10 minutes thanking his supporters as well as law enforcement and the military, noticeably less animated and speaking slower than at his normal public appearances. Without mentioning him by name, he took aim at his rival President Joe Biden yet again for the disastrous withdrawal from Afghanistan.

‘The way we left, it looked like we left in surrender,’ Trump said.

He also promised Melania would be with him ‘the next time’ despite her absence at most of his recent public appearances since they left the White House.

‘I said, “Don’t worry, I’ll do this one all by myself” and she said “I’d love to go.” Now that I see how beautiful this is, she’s going to be very upset with me,’ he said.

He didn’t elaborate on what his wife, who has her hands full with a new venture into NFTs, was doing instead. 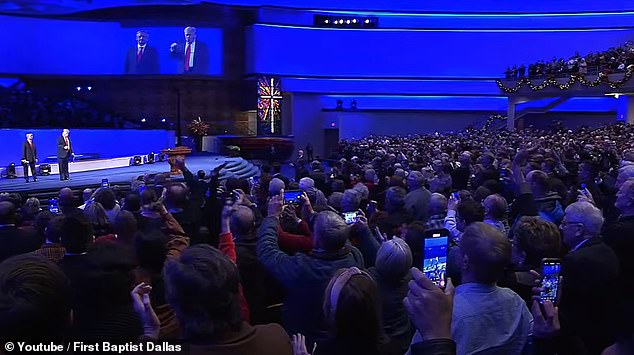 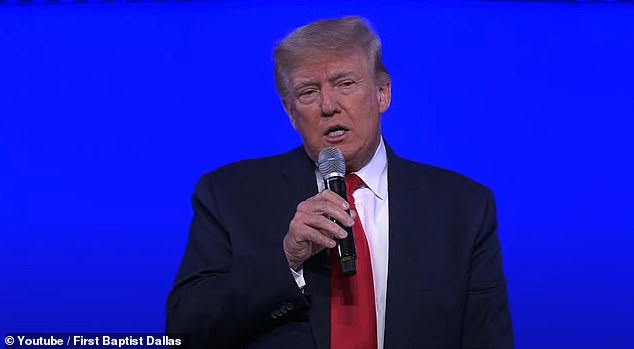 On Friday, Biden gave the commencement address at South Carolina State University – the day after the White House was forced to clarify Harris’s comments that she and the president had not discussed plans for his reelection.

However, a momentary slip during his speech resulted in him promoting Harris to the top job as he discussed historically black colleges and universities.

‘But all kidding aside, of course, President Harris is a proud Howard alum,’ Biden said during his opening remarks.

Bartiromo also brought up Hillary Clinton saying a 2024 presidential win for Trump would mean an end to democracy.

‘Will this be a rematch?’ the pro-Trump reporter asked.

‘But look – the woman’s crooked as can be,’ he continued. ‘She cheated in the election, they spied on my campaign. Remember I put out that little statement, ‘They’re spying on my campaign’? And all hell broke out. You know why it broke out? Because they knew I was right.’ 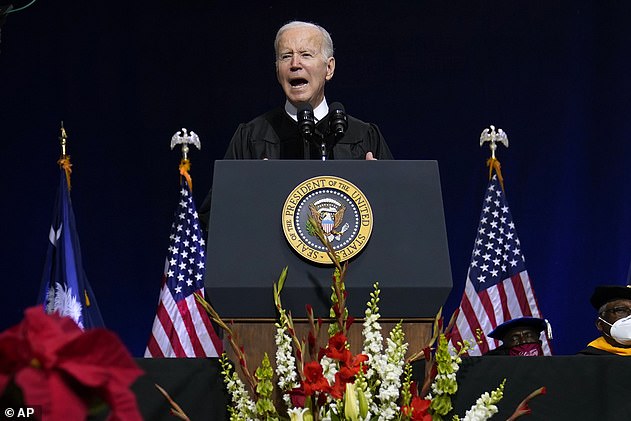 President Biden delivered a commencement speech at South Carolina State University Friday where he said: ‘But all kidding aside, of course, President Harris is a proud Howard alum’

At the same time Trump’s interview aired on Fox, his former competitor Clinton had an interview with CNN’s Fareed Zakaria on his Sunday morning show GPS.

Trump also told Bartiromo that China owes $60 trillion in reparations for COVID-19 damages while receiving pushback from the Fox News host when lading his relationship with Chinese President Xi Jinping.

The Fox host cut Trump off, threw her arms in the air and said: ‘He’s a killer!’

‘He is a killer,’ Trump concurred. ‘But I had a great relationship with him.’

Trump said that COVID was the turning point in his relationship with Xi.

‘They really destroyed the whole world,’ he said.

It's a mountain rescue cat! Orion braves the elements as he climbs Snowdon's tallest peak in Wales