Toddlers & Tiaras star Kailia Posey, who was found dead by suicide last week inside a car just days after her 16th birthday and prom, had died by strangulation, according to police.

The Whatcom County Medical Examiner concluded on Wednesday that the 16-year-old died from asphyxia due to ligature hanging when she took her own life at Birch Bay State Park on May 2, Page Six reported.

The Whatcom County Sherriff’s Office noted that the autopsy and toxicology reports would not be disclosed to the public in order to preserve the victim’s privacy.

In a recent statement over her suicide, Posey’s family said: ‘Although she was an accomplished teenager with a bright future ahead of her, unfortunately in one impetuous moment, she made the rash decision to end her earthly life.’ 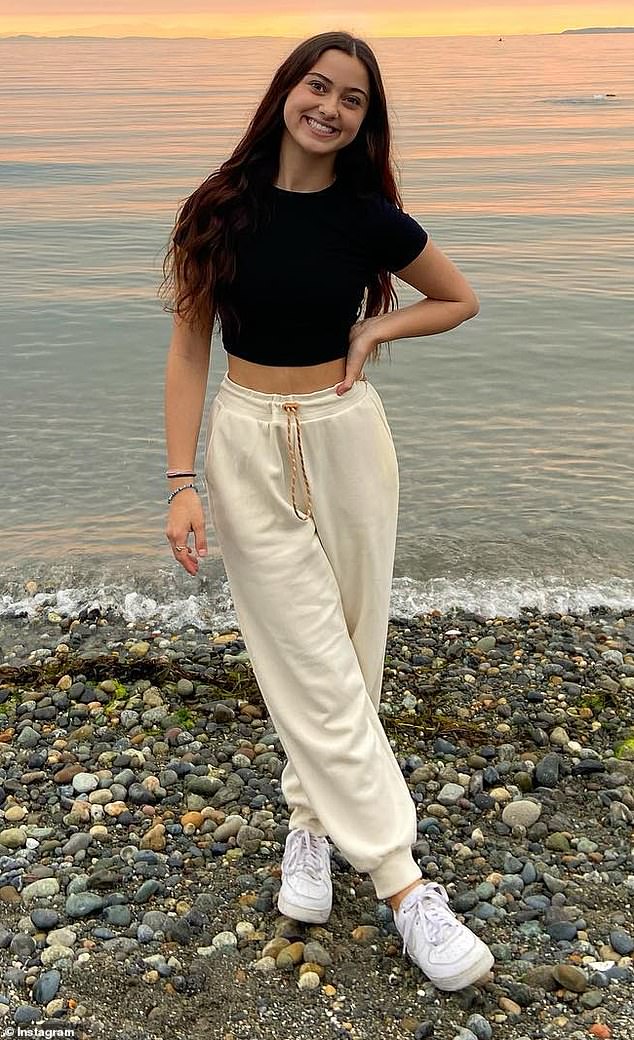 The Whatcom County Medical Examiner concluded that ‘Toddlers 7 Tiaras’ star Kailia Posey, 16, (pictured) died from asphyxia due to ligature hanging on May 2 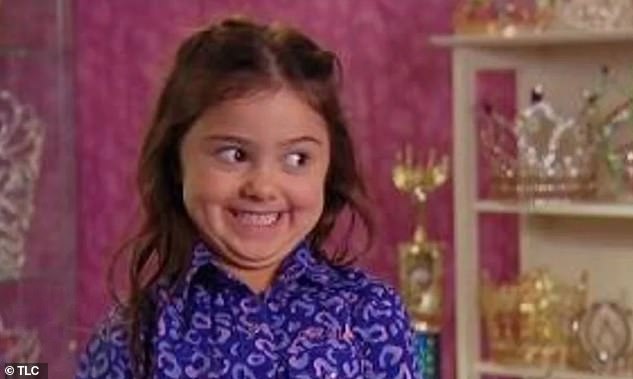 Posey was one of the contestants featured in  the reality show Toddlers & Tiaras in 2012. She became a popular meme after she was caught grinning from ear-to-ear during a segment 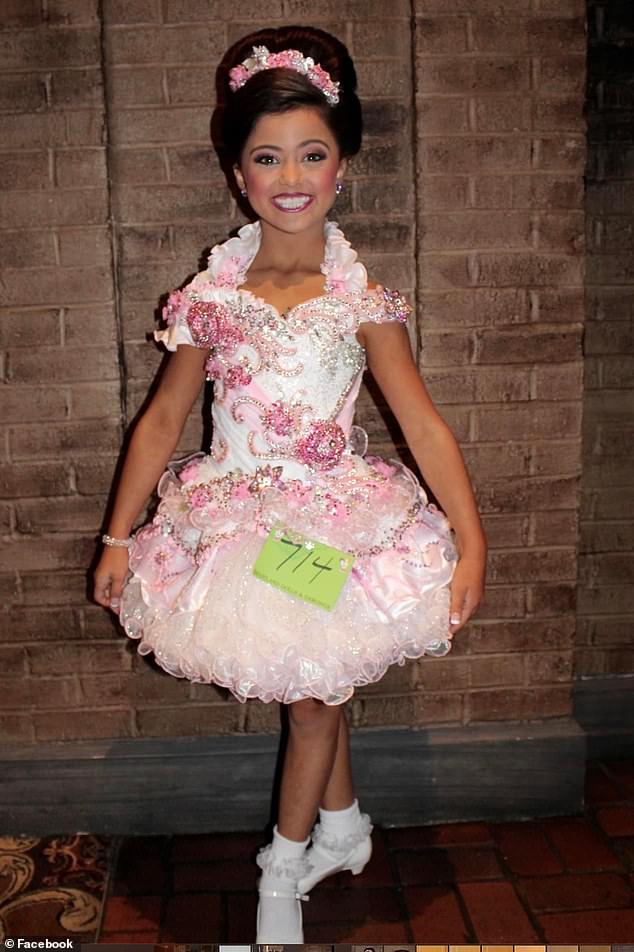 The TLC series followed the families of children who competed in beauty pageants. The show ran from 2009 to 2013, which Posey appearing in 2012 (pictured) 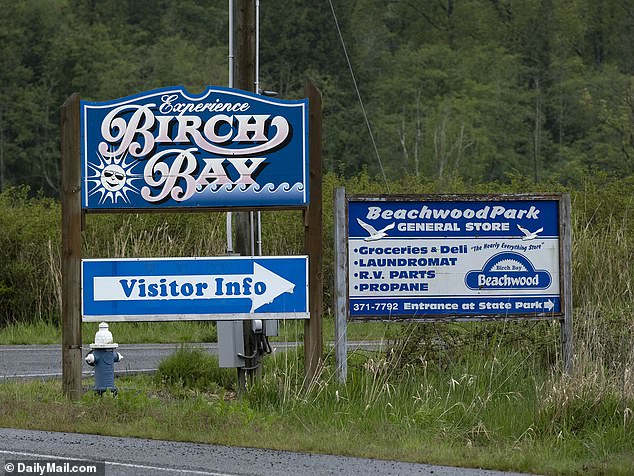 Posey’s body was found inside a car at Birch Bay State Park, in Washington

As a child, Posey starred on Toddlers and Tiaras, a TLC series following the families of kids who competed in beauty pageants. The reality show ran for seven seasons from 2009 to 2013.

She became widely known after a clip of her grinning ear to ear on the show went viral and became a popular meme.

Posey had just celebrated her 16th birthday on April 19 and attended her high school prom over the weekend, shocking family and friends when she decided to end her life.

‘I don’t have words or any thoughts. A beautiful baby girl is gone,’ Posey’s mother, Marcy Posey Gatterman, posted to Facebook, confirming her daughter’s death.

Police found her body inside a car on May 2 at Birch Bay State Park, a 194-acre state park located along the Strait of Georgia shoreline, about nine miles from the Canadian border, and features a scenic rocky beach and large camping ground.

One of Poey’s friends said the child star, who was a role model for many in the pageant circuit, had shared she was struggling with her mental health but they were unaware how badly it had gotten.

‘We knew she was struggling with a few things, and we all did everything we could to encourage her and help,’ the friend told Page Six, speaking on the basis on anonymity. ‘We didn’t know what was going on.’

Posey’s family has set up Kailia Posey Teen Crisis Intervention Fund with the goal of getting ‘much needed resources to students in crisis.’ 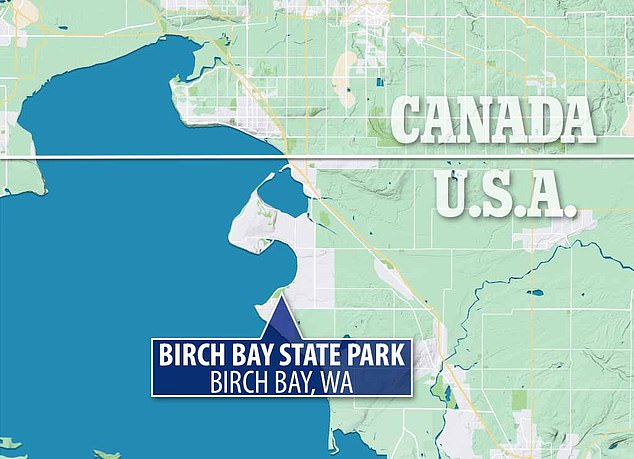 Birch Bay is a 194-acre state park located along the Strait of Georgia shoreline, about nine miles from the Canadian border, and features a scenic rocky beach and large camping ground 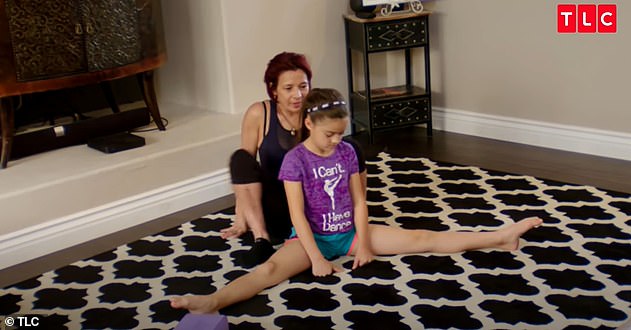 Mother Marcy Posey Gatterman is pictured with Posey, then 10, during contortionist training. The mother began training Posey as a contortionist from the time she was three months old 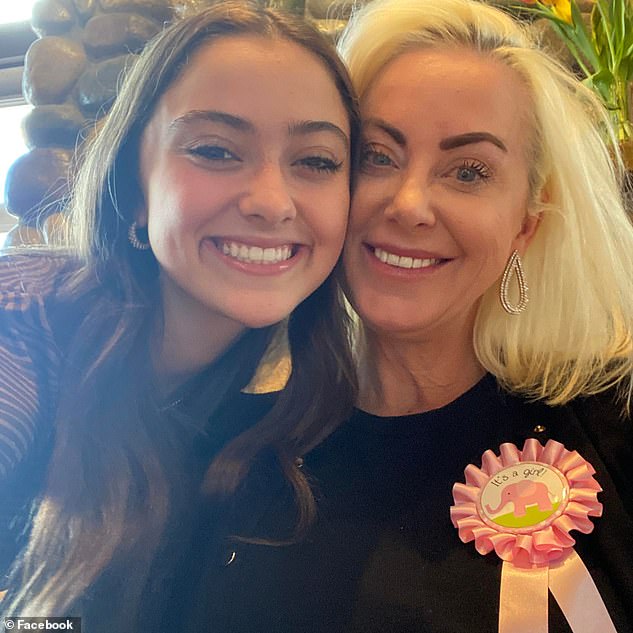 Gatterman (right, pictured with Posey) said she was distraught over her daughter’s suicide

Gatterman, confirmed her daughter’s death on Facebook last week after the body was found

Posey began competing in pageants when she was three years old. She became a popular meme after she was caught grinning from ear-to-ear during a segment on Toddlers and Tiaras.

She kept up with the pageant circuit throughout childhood and adolescence, having most recently competed for the Miss Washington Teen USA title in February.

Although she was not crowned winner of February’s competition, Posey earned the title of Miss Lynden Teen USA last year.

She performed contortion with Cirque du Soleil and was seemingly passionate about the art form, having launched a specific Instagram account dedicated to it.

She also played the role of Agnes in the 2018 Netflix film Eli. 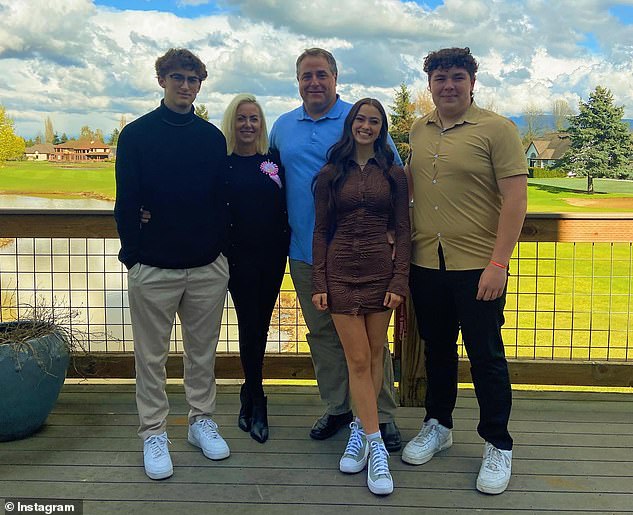 Posey celebrated her Sweet 16 on April 19 in Washington state. Her family and best friends were reportedly in attendance for the festivities 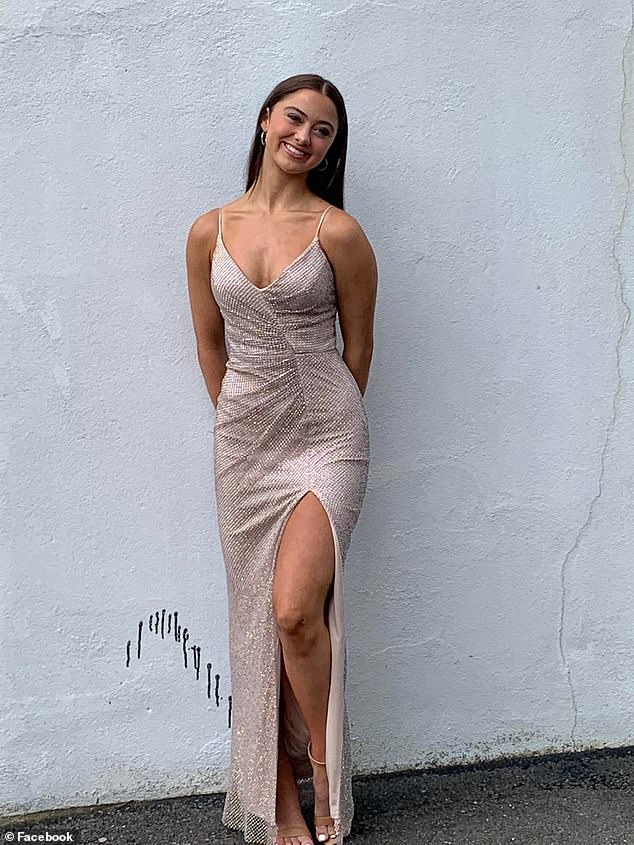 Posey had recently attended prom with her friends. Posey is pictured in her prom dress 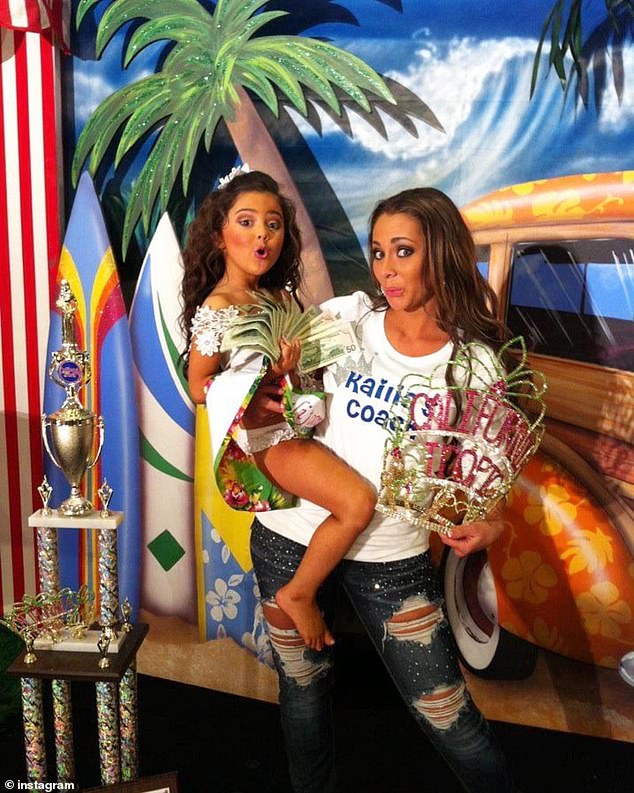 Posey is pictured with her pageant coach, Cambrie Littlefield, after a victory

Posey was a freshmen student at Lynden High School in Washington, the district confirmed to DailyMail.com. According to her Miss Washington Teen biography, she was named to the Dean’s List during the 2020-21 school year.

Her mother announced last week that Posey had earned a spot on the high school’s football cheerleading team for the upcoming season.

After high school, the teen planned to study aviation in college and become a commercial pilot.

Monkeypox outbreak may have been sparked by sex at two raves in Belgium and Spain, WHO expert warns
42 mins ago