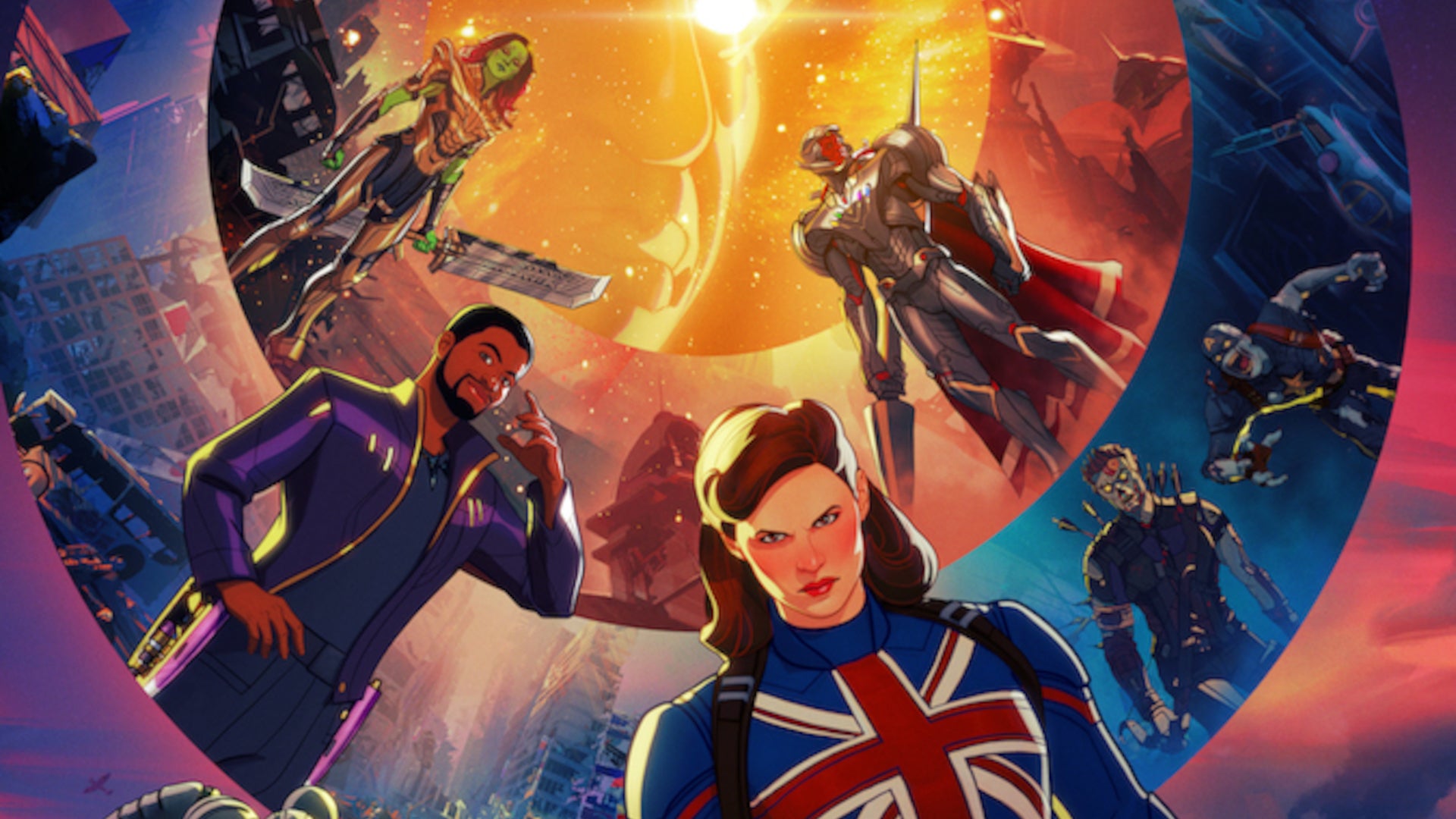 Warning: This article is full of spoilers for all episodes of Marvel’s What If…? Until the fifth episode.

Previously, in the Marvel Cinematic Universe…

In terms of WandaVision, The Falcon and the Winter Soldier and season one of Loki, Marvel’s production spirit has crystallized in terms of its reality series, all of which are 6-hour films. And that’s not just a hypothesis, as The Falcon and the Winter Soldier director Carrie Skovland said when discussing Marvel Studios chief Kevin Feige about their approach to the show: “I treated it like a movie. From the start, Kevin said, we’ve been making a full-length movie. 6 Hours.” It’s the clearest statement we can get about the series’ creative intentions, and it’s also an indication of the difficulties that have kept those series from being in the best possible condition, as they struggle to fit the medium in which they are.

With the exception of the first two black-and-white episodes of WandaVision, it’s very difficult to distinguish between the different episodes in any of these series, or to remember what exactly happens in each episode. The narrative is divided into episodes with relatively random breaks and vastly different episode durations, and this lack of consistent structure for each episode makes each seem ambiguous as an episode in itself. This is an ongoing problem with many of the limited “made to watch nonstop” series productions released over the past years, but it is a publicly acknowledged part of the mindset of making such series. Episodes of the Marvel Cinematic Universe series are not stand-alone works and standouts in and of themselves because they were not designed to be. In addition to the issue of soap operas’ tempo and lack of coherent themes, this approach facilitates making soap operas as a whole seem irrelevant.

series begins WandaVision Wanda mourns Vision’s death, and ends with her…sad over Vision’s death, but with a new outfit and the additional loss of their two virtual children. As for the series The Falcon and the Winter Soldier It was a precursor to Sam Wilson’s acceptance of the mantle of Captain America, which viewers would easily have accepted as something that happened between films after he received the shield from Steve Rogers in Avengers: Endgame. And Loki is currently stuck in some dimension with the TVAAlthough the series is responsible for Kang’s arrival, it will reportedly be presented (and we can assume it will be adequately explained) for the first time in a movie. Ant-Man and the Wasp: Quantumania. It’s as if these series are intentionally designed to be ignored if the moviegoing audience doesn’t have an account Disney+ And while that makes sense from a business perspective, it’s unsatisfactory from a viewer’s point of view because the series is so specific about its connection to its Marvel Cinematic Universe that its core story has become opaque.

Episodes are allowed to provide an integrated story because they are not tied to any of the previous hanging threads or set the stage for any future threads in the larger tag.

But in return, walk away. What If…? Much more than its predecessors. Although it only contains a few episodes, What If…? Not only has it already established itself as the best Disney+ Marvel series to date, but also the first series to firmly integrate the medium of the series with the wider Marvel Cinematic Universe, and it does so by not really caring about the wider universe. Not every episode of What If…? Not only is it a single entity in its own right (so far anyway) that is not only spiritually connected to the other episodes through the series’ multiverse theme, but is also allowed to provide an integrated story because it is not tied to any of the previous hanging threads or paves the way for any future threads in the larger tag. Even the ability to judge separate episodes by comparing them to each other indicates how unique each episode is compared to other real-life series.

While the first episode is little more than a Captain America: The First Avenger gender swap as a launch vehicle for the series, each subsequent episode has established a more unique identity, with episode two introducing T’Challa, offering a fresh look at a host of universe characters. The well-known Marvel Cinematic Universe, while the third and fifth episodes adopted a different approach with entirely new cinematic genres based on the universe such as a murder mystery and a zombie apocalypse story, respectively.

But none of it has succeeded so far as Episode IV, which takes place in a reality where Christine Palmer’s death was such an integral part of Doctor Strange’s origin story. This “absolute point”, as the Ancient One calls it, is what Strange seeks to reverse, leading him down a dark path that ultimately leads not only to his moral decay, but also to the complete destruction of his reality. This episode can be thought of as a sister to Doctor Strange rather than a sequel, an episode that mirrors its real-life counterpart without having to be a link to everything you create.

This is evident in the episode’s central theme, which elevates Kristen Palmer’s importance to a level that does not match the film’s use of the character at all. In the movie, Stephen and Kristen were separated ex-lovers at the time of his fateful car crash, while in the episode their romance never seems to die. What If…? Above Strange’s central traits: his genius, persistence, and arrogance, he directs them toward an inevitable tragic outcome.

The same principle applies to Hank Pym’s chance to reconcile with his lost daughter, turning him into an Avengers serial killer in Episode Three, and Vision’s emotional dependence on Wanda making him betray his ideals by feeding people to her zombie-turned character in Episode 5. As for Doctor Strange’s story, it ends just as the story needs it to be: with Strange lonely and defeated and his world devastated just as he was told it would. It’s a gritty and heartbreaking stance that stands right in contrast to Strange’s journey of accepting humility in his original film.

Ironically, as the “least important” series in the wider universe, What If…? To be one of the best series of genius and splendor among them.

Marvel's What If...? - 9 Wild Stories From the Original Comics Series

Minecraft Dungeons is now available on Steam
16 mins ago

Xiaomi phones do not censor users’ communications
22 mins ago