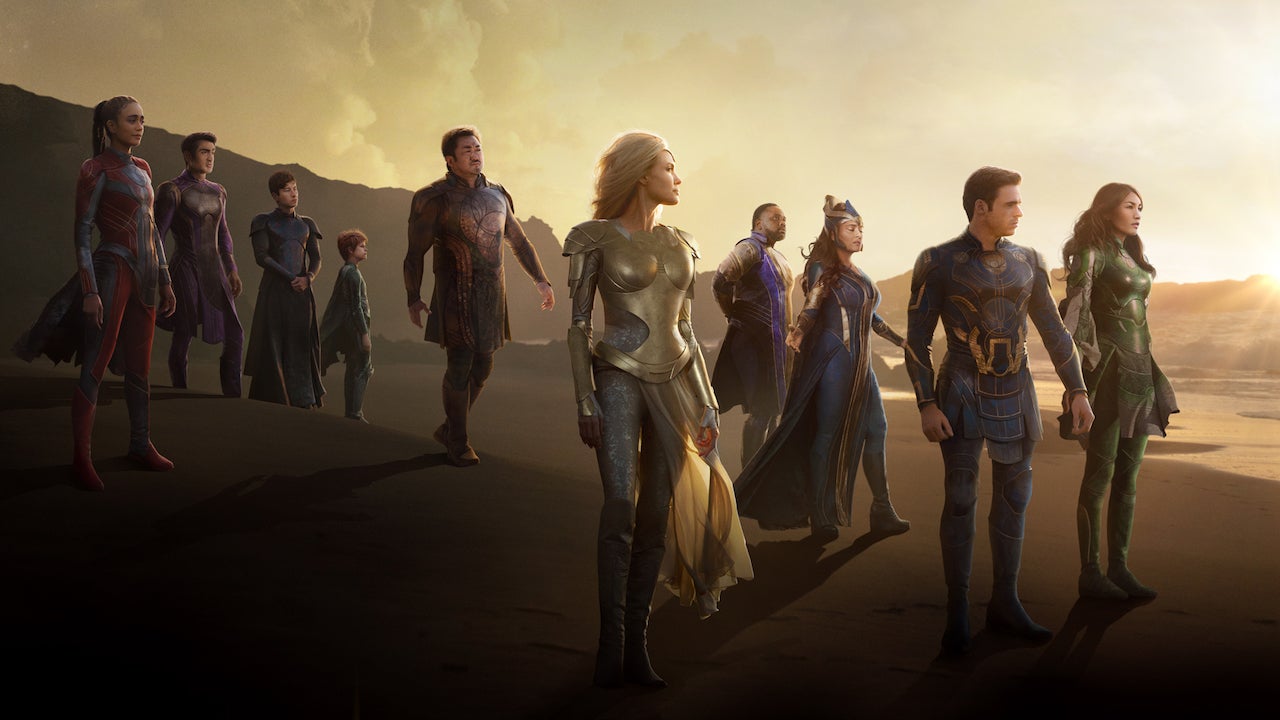 There have been some reports that Marvel will show the Eternals movie in cinemas only, and it is not available to Disney + Premier Access subscribers, after the great success of the movie Shang-Chi and the Legend of the Ten Rings in theaters.

Matthew Belloni, who is familiar with the latest news in Hollywood, shared with us that this week he received the news of the release and release of the upcoming Marvel movie Eternals exclusively in cinemas, after her other movie Shang-Chi and the Legend of the Ten Rings achieved great successes in the first His days on the big screen, and after making more than 94 million dollars at the domestic box office.

Matthew added that Disney president Bob Chapek and distribution head Karim Daniels have made up their minds about the fate of the Eternals, which will be available in November, and that it will only receive a cinema release.

Chapek previously described the release of Shang-Chi in cinemas as an interesting experience, noting that the film’s performance will serve as another data point to inform our actions moving forward with their upcoming titles.

Clubhouse and Twitter spaces .. a comprehensive comparison
20 mins ago