Apple is very interested in its real stores located around the world. The company has dozens of stores around the world, but some of them are special due to their beautiful design or because they are located in an area famous for shopping.

The company’s stores are distributed across the continents of Europe and Asia, as well as, of course, America. Some of them are a reconstruction of old and semi-archaeological buildings, while others have modern and different engineering designs.

In this article, we take you on a journey to see the most important Apple stores around the world, and the most recent of them is the Singapore store, which was opened a year ago from now.

Apple Store in The Dubai Mall

The company’s store was opened in the Dubai Mall in the United Arab Emirates in 2017. It is close to the Burj Khalifa, which is one of the most important landmarks in the Arab world.

The store comes in a curved design with a balcony overlooking the Dubai Fountain. The store is surrounded by carbon fiber to protect against high heat. The store design is inspired by the Arabic mashrabiya. 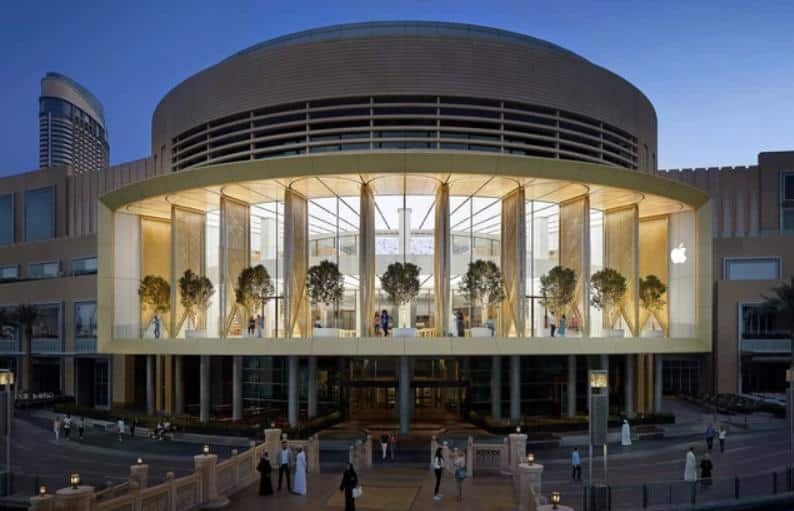 The London store is one of the company’s most important stores in Europe. After it reopened at the end of 2016. It is located on Regent Street.

The store is one of the company’s first to showcase its new store design, and has collaborated with Foster + Partners just like the Dubai store. 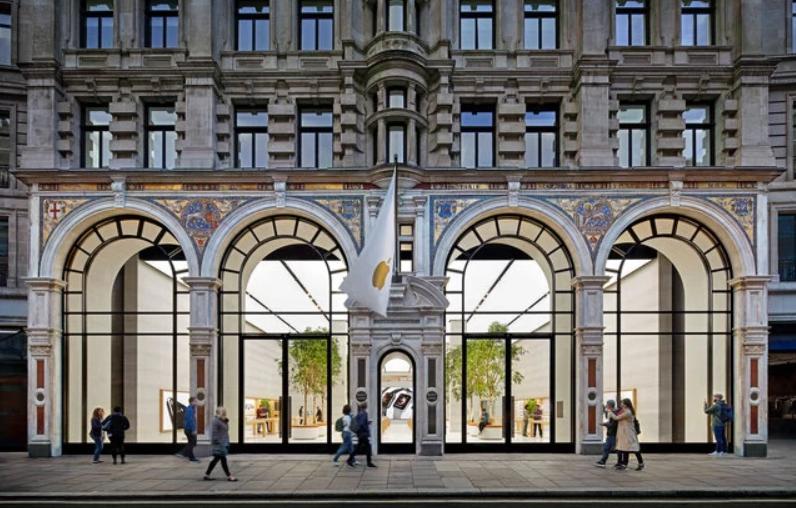 The company’s store opened in Vienna, the capital of Austria, in 2018, and is located close to the Vienna State Opera. The city is generally famous for its opera houses. This store also offers an ultra-modern design and consists of two floors. 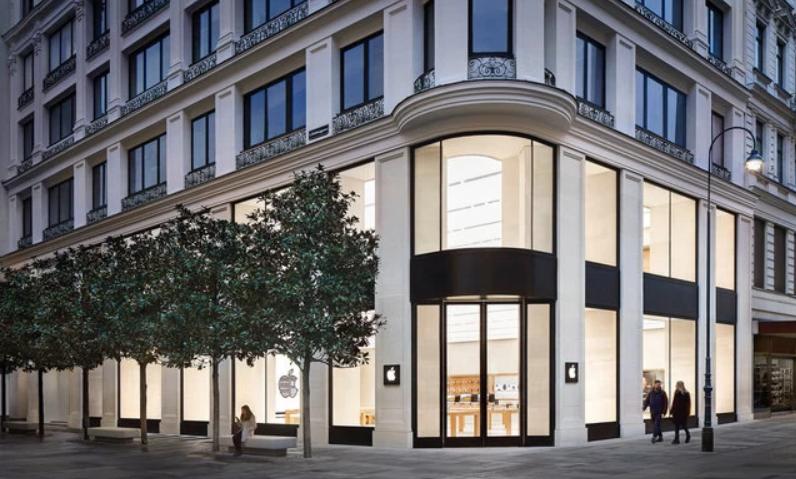 This store is located in Cologne, Germany. The store showcases the company’s distinctive designs, and is one of the most prominent stores in Europe in general. This store opened in March 2017.

Read also: Apple will hold its next event on September 14 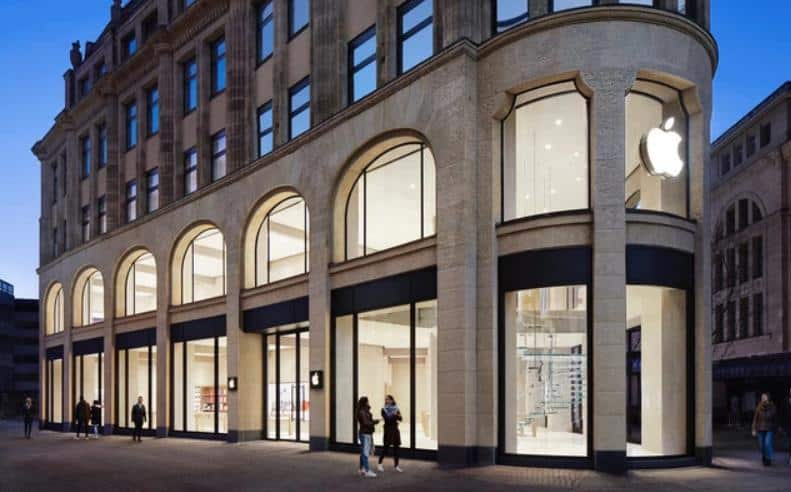 This store is located in a prime location. It is located next to the company’s headquarters in Corptino. This is in a visitor area. This store is not one of the large stores, but it provides a distinctive experience for visitors to Apple in general. 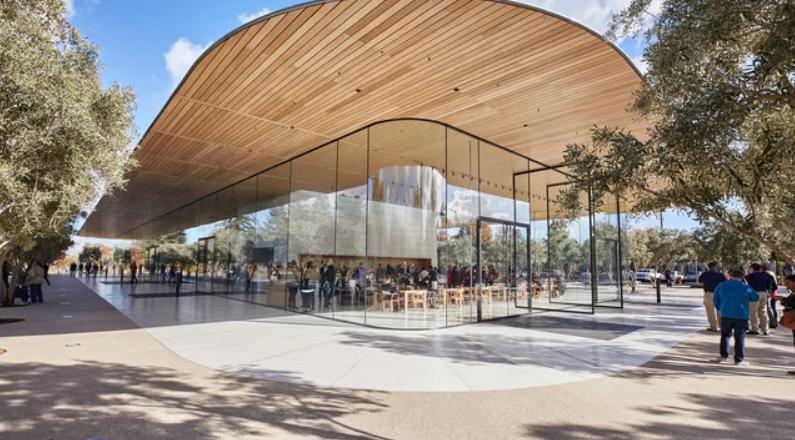 This store is located in one of the most prominent streets of Milan, and it is distinguished by its glass fountain that adds a lot of aesthetics to the design. Besides, it works around the clock. 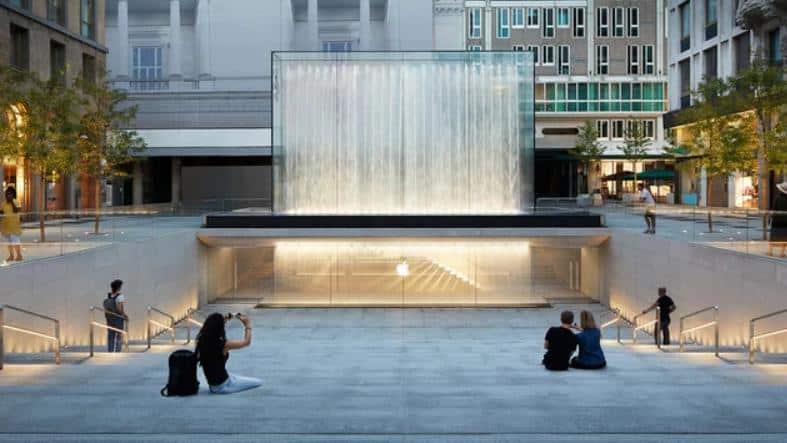 Known for its high level of aesthetics, this store is located within the open-air Taikoo Li Square in Sanlitun. The store also features solar panels on the roof to provide it with the energy it needs. 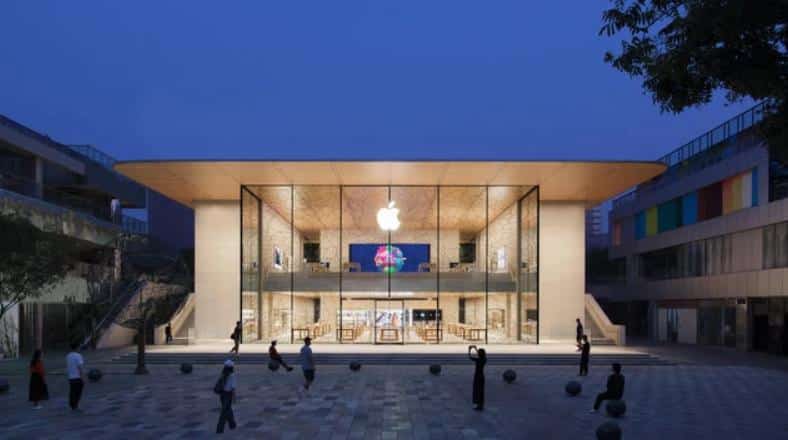 This store has the distinction of being the second largest retail location in Bangkok, Thailand. The store features an all-glass design with a wooden element in the interior design.

The store consists of two separate floors, but the transition between them is through the spiral staircase shown in the picture, which is undoubtedly an attractive design. 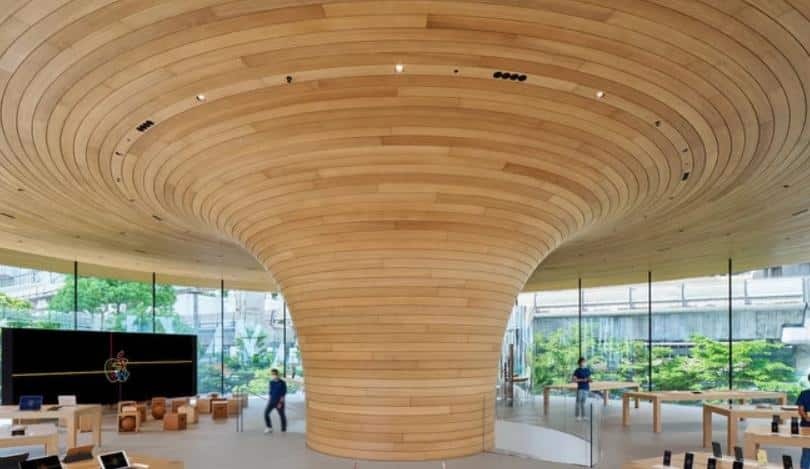 Paris emulates the city’s classics, and Marche Saint-Germain is the company’s third store in the French capital. 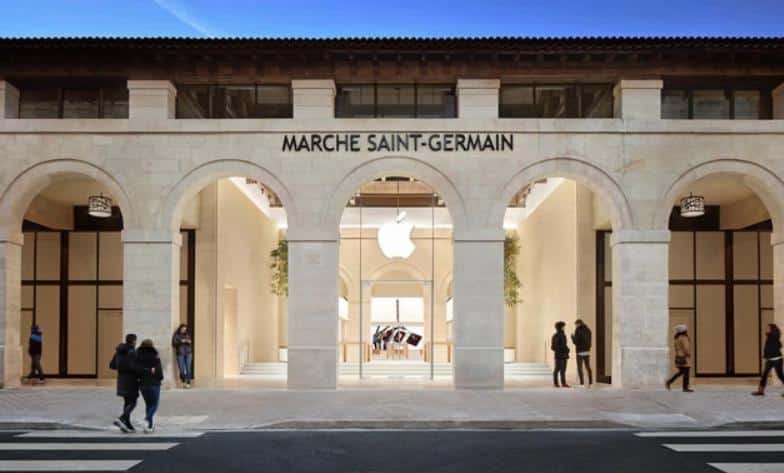 knows this the shop It is the most beautiful company store ever, as it was established in a modern time, as previously mentioned, and is completely surrounded by water.

Marina Bay Sands is known for offering visitors a 360-degree viewing experience along with a panoramic view. The store also offers an all-glass design, which consists of 114 different pieces of glass, as stated by the company.

What are the sources of earning free games like fortnite