The director of GP surgery who won £294,000 after being sacked over her pregnancy and dubbed ‘the hen’s mother’ has been awarded another £20,000 to cover the cost of her missed bonus.

By Dan Sales for Mailonline

A GP clinic manager who won £294,000 in a discrimination lawsuit after she was sacked for carrying an extra £20,000 on the lost bonus has been awarded.

A stunned Naomi Haiford stumbles upon partners who secretly hatch a plan to get her away and discuss the “excuse” they can get away with — three days after telling them she’s having a baby.

The labor court heard that GPs then launched a spurious investigation of misconduct with her and fired her by email when she was in the hospital shortly before her daughter was born.

She has now won an additional £20,000 after arguing before the committee that she was entitled to greater compensation to take into account the higher weekly wage and bonus she would have had had she not been fired.

Naomi Hefford, director of a GP, sued employers for pregnancy discrimination and won

During the application process, Ms. Heyford said she was asked if she had children or planned to have them. Although Dr. Jack denied this, the court concluded that he had “mind” having children.

Three days later the clinic manager was left crying when she heard Dr. Sivaprasad, Dr. Azim and Dr. Adironmo announce that they needed to “focus on her expulsion” and called her the “mother of the hen”.

The court rulings read: “She reminded her that the words were: ‘We need to focus now.'” We need to focus on separating it and then installing the ship because that’s going to take a lot of time.

She also explained that she heard the female voice saying, “If we were to do this, what would be our excuse?”

That was the point (she said) she got really upset and ran away because she was afraid people in the room would hear her. 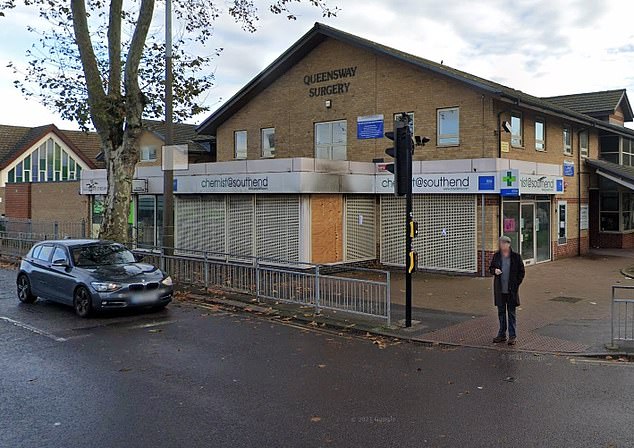 Mrs. Heiford stumbles upon Queensway’s plastic surgery associates as they secretly plot a plan to banish her.

She added that after the comment made by the female voice (Dr. Adiroonmo) she also heard the phrase “mother of the hen” and after these words she left the neighbourhood.”

Mrs. Heyford – who used to use her phone to record meetings so she could write accurately – later realized that the conversation had been recorded in error.

The hearing was told that by January 2019, doctors had decided to dismiss her and opened an investigation into her behaviour, claiming that she had been rude about “abrasive” emails directed at employees, undermining her colleagues and that the comments had “no effect” on her.

Then they suddenly invited her to a “difficult” meeting without warning.

Ms. Heyford later complained about pregnancy discrimination to HR consultants, who ruled against her, and she was fired for gross misconduct in June – while she was in hospital.

The court judges concluded that the allegations of misconduct were exaggerated and that the real reason for her dismissal by the doctors was that she was pregnant.

The panel’s ruling continued: “The main reason for her dismissal was her pregnancy. We found that concerns about her behavior were insignificant up to the date she announced her pregnancy.

After that, a meeting was held that discussed her possible dismissal. The process that eventually led to their separation has since been linked to her pregnancy.

“This was the catalyst that started the chain of events.”

Mrs. Heyford won her lawsuits against doctors with unfair dismissal, discrimination during pregnancy, abuse and breach of contract.