iPhones have their own app that allows you to take a screenshot and keep it in the phone, which is very rudimentary.

Some users may want to take the photo and display it inside a square or frame similar to their iPhone.

This is what the application that we are mentioning to you does today, which is an externally designed application away from the usual Apple applications.

Read also: Learn about smart microwaves and their uses

We cannot say that this is a complete and separate app that is installed via the Apple App Store or the iPhone Store.

But it is a professional shortcut that relies on Apple’s Siri Shortcuts app to be able to work.

This means that the app is able to work with all Apple devices that have the Siri Shortcuts app, including the M1 MacBook and other devices that rely on Apple’s own processor.

And the shortcut installs a bunch of photos and frames in your phone the first time you run it so that it can work later on faster and more convenient.

You can download this shortcut by going to next link, and then install it in your Shortcuts app.

It is preferable that you open the link mentioned above on your Apple device so that you can install the shortcut directly.

And when you download and install the shortcut, the Shortcuts app asks you for some permissions to be able to work.

And you need to let it scan the files in the shortcuts application folder, and then download and install the file over the Internet.

When you have finished installing the windows file, the application will display a message telling you that the installation of the file has finished and is ready to go.

After that, all you need to do is click on the shortcut to take a screenshot, and it will open the screenshots folder on your phone.

Then you select the images you want to add to your screenshot, and wait a few seconds for the shortcut to prepare the images. 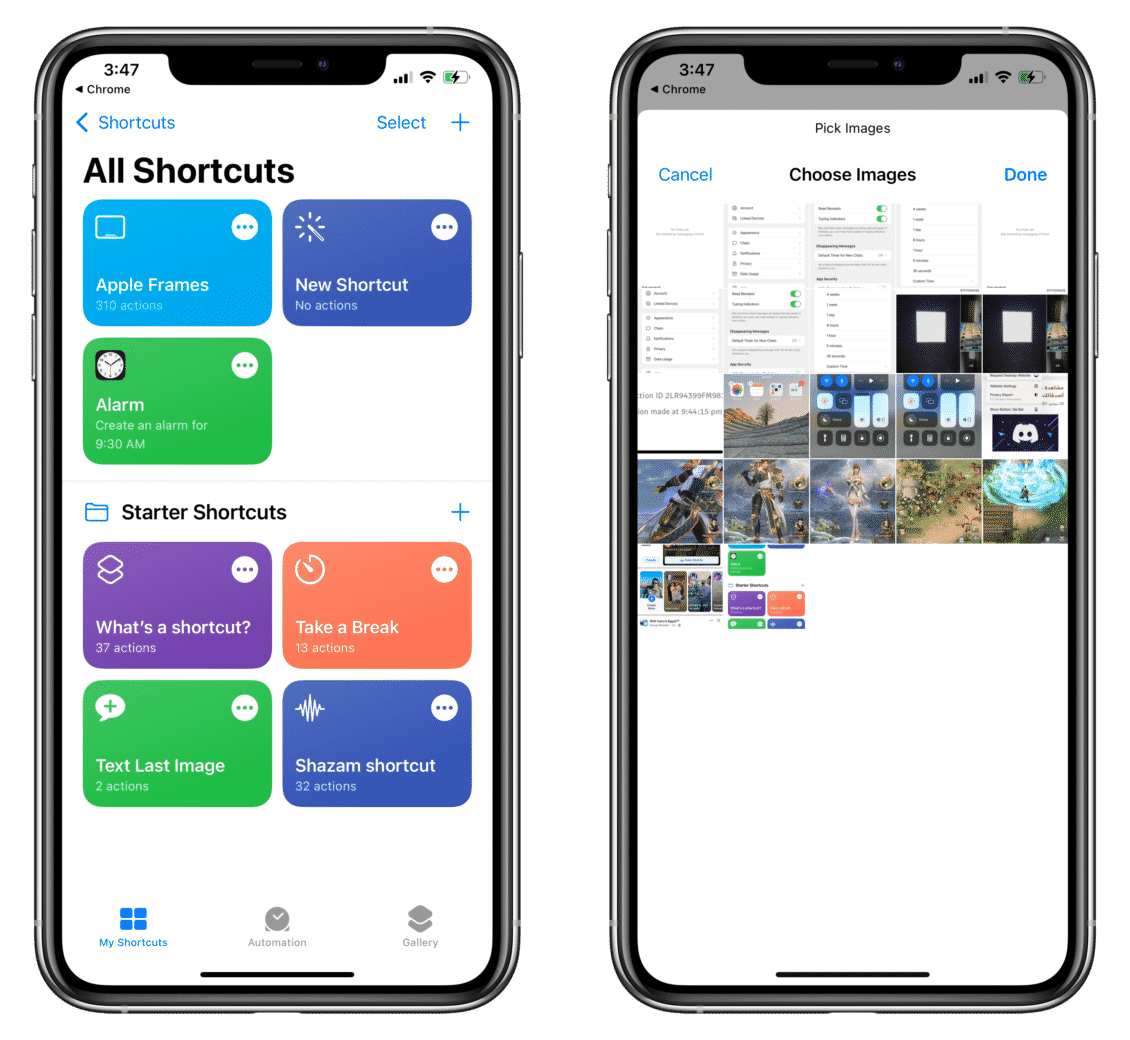 You can upload pictures and save them to the Pictures folder, save them as a file, or preview them before you share them and before anything else. 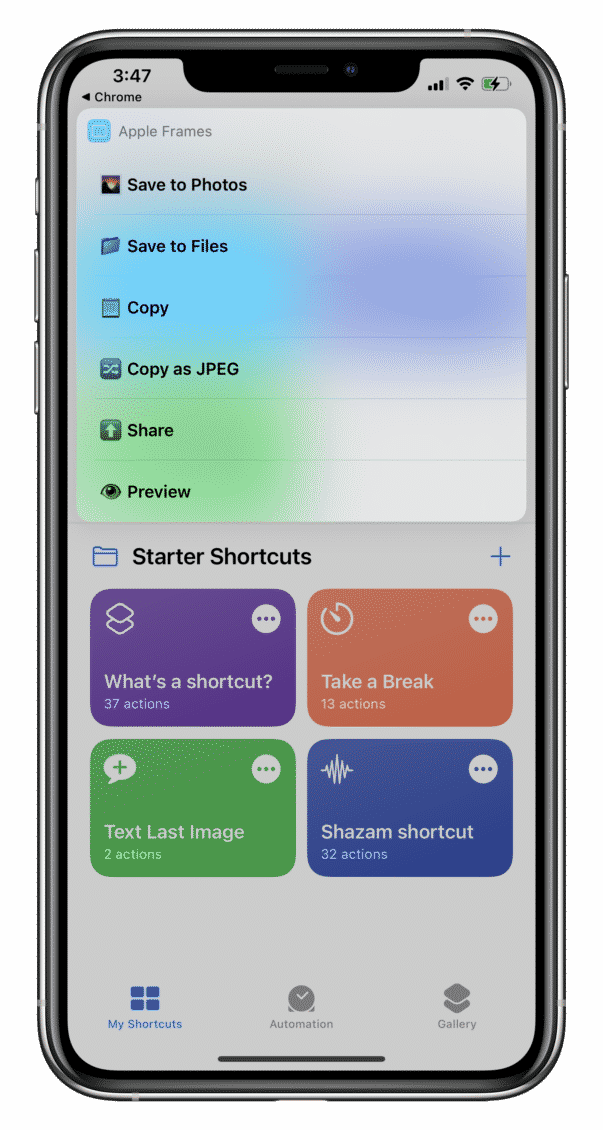 And the shape of the frame of the image changes depending on the type of device you are using, so if you are using an iPhone 8, for example, the image appears in its shape and so on with computers as well.