Lord Frost may not be a household name. But the resignation of the Brexit secretary from the Cabinet is a bigger blow to the prime minister than any mishap in recent weeks.

Stories of parties that have swept the Covid virus in tenth place, and self-inflicted nonsense, have led Tory MP Owen Patterson, to question the character and rule of Boris Johnson. Needless to say, these are very important issues.

Arguably more important is Lord Frost’s hint in his resignation letter that Mr Johnson is neither a true Conservative nor the leader of a government that can rightly be described as Conservative. 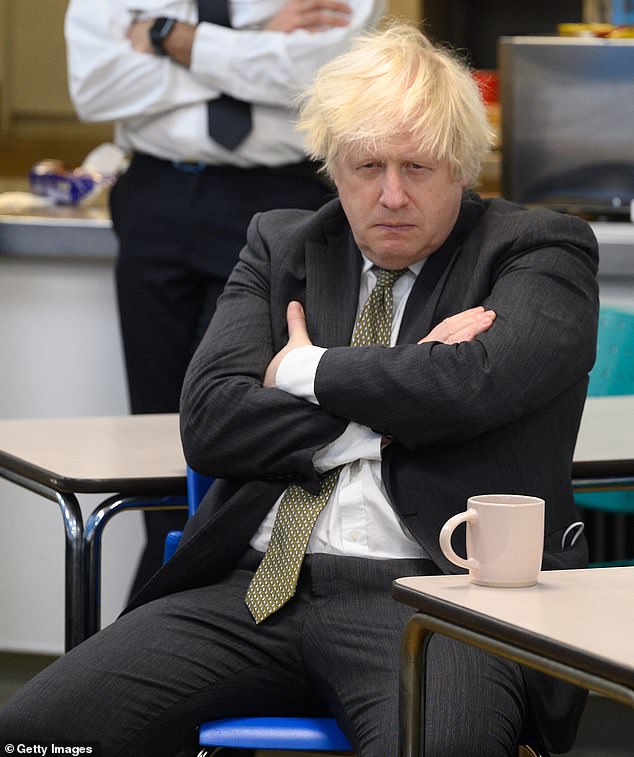 Boris Johnson talks with members of the Metropolitan Police in their break room, which was pictured earlier this week on December 17

His reported reservations go far beyond the polite language of such a letter. He worries about this administration’s high taxes and spending tendencies.

He is unhappy with the inexpensive “net zero” environmental policies that could impoverish the country. Vaccine passports were the last straw for him.

Less than a month ago, Lord Frost said in a speech that if we followed the “European social model” of endless employment rules, high taxes and astronomical luxury spending, we, like the rest of the European Union, would only enjoy modest economic growth – and a squandered Brexit. from the European Union.

Swinging stuff. Several of his former cabinet colleagues share his skepticism. But the only truly capable Brexit minister had the courage to say frankly what millions of stunned Tory voters feel, then resign honorably without grudge.

Will Boris Johnson listen to the departing criticism from his trusted lieutenant? Or will he charge a bull shop way in China, and continue to adopt measures that would not be out of place in the Labor government?

Herein lies the great paradox of modern politics. The center left likes to represent Boris as a crazy right-wing populist.

Simply open the pages of the Guardian, where angry columnists lash out against daily, or listen to the denunciations on the BBC. 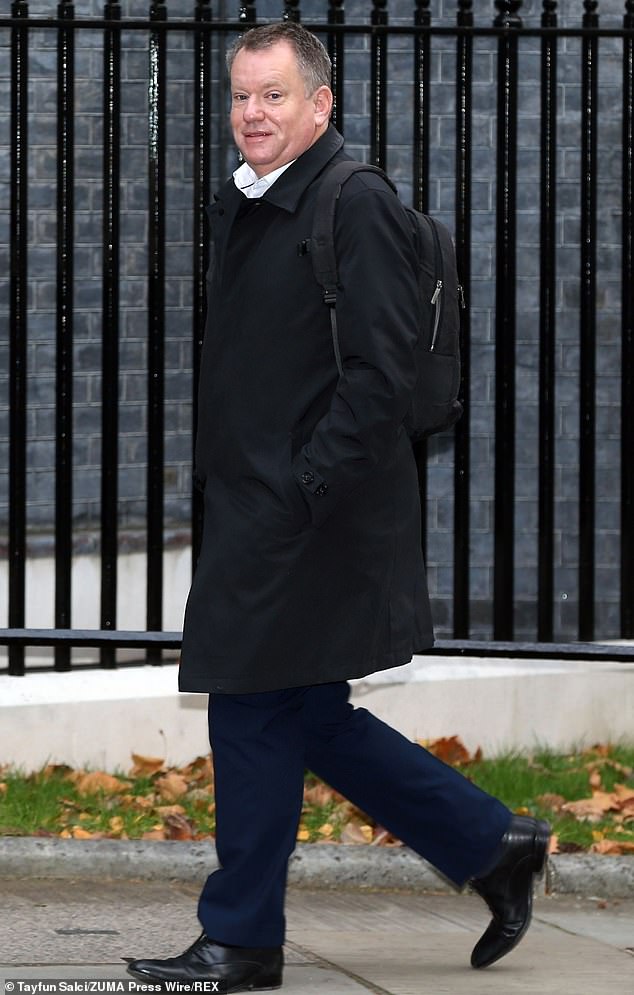 Imagine Lord Frost upon his arrival at 10 Downing Street last month. In his resignation letter, Lord Frost expressed his dissatisfaction with inexpensive “net zero” environmental policies that could impoverish the country.

Well, he might be a populist, but he’s definitely not right-wing in economics, or in any other way I can think of.

His critics may be so absorbed in hatred against Mr Johnson as the savior of Brexit that they can’t see him for what he really is.

How can the prime minister responsible for raising taxes be described as right-wing?

When the National Insurance increases take effect next April, the tax burden will be the largest since the dying days of Clement Attlee’s Labor Department in 1950.

The nationalization of industrial sectors followed and penal tax rates applied unapologetically. His policies prevented economic recovery after the pillaging of World War II. In 1951, voters sent him girded.

So having a Conservative prime minister compete with him on tax matters is some achievement.

This government certainly has a Covid bill (so far) of more than £400 billion to settle, but Attlee inherited even more debt as a result of the war.

Cutting taxes to stimulate economic growth was strange to his way of thinking. He favored high levels of taxation, not least because the newly formed NHS turned out to be more evil than anyone could have imagined.

So it is with Boris. Perhaps Rishi Sunak’s last budget statement was written by the Prime Minister.

The chancellor extraordinarily boasted that departments’ spending would rise by £150 billion, or 3.8 per cent each year, on this parliament, the fastest increase in public spending in the 21st century. 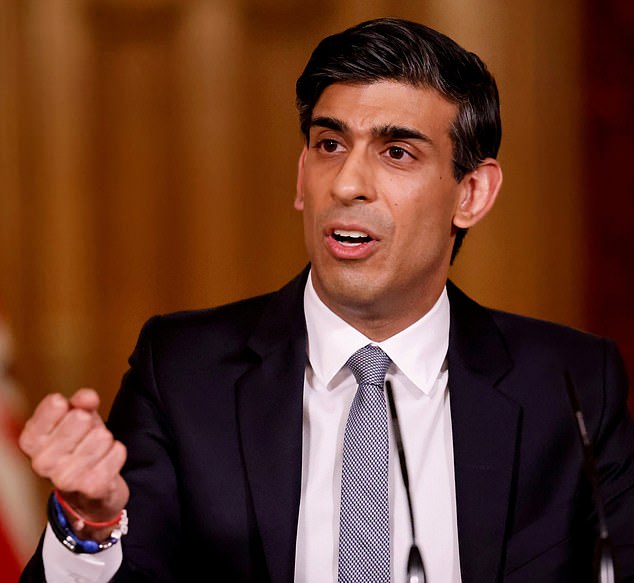 Chancellor Rishi Sunak, pictured, is unusually proud that departmental spending will rise by £150 billion, or 3.8 per cent per year during this Parliament.

And that’s faster than it was under Gordon Brown as chancellor. I don’t think of Brown’s early days in 11th place, when he followed his Conservative Party spending plans, but the period during which he made his strides, splashing money on a large scale.

There is another way – to reduce taxes and control spending. Over the past few months, Secretary of State Liz Truss (who will now assume the duties of Lord Frost), and the so-called 18th century minister, Jacob Rees-Mogg, have peeked at the barrier to express their concerns. It took Lord Frost to speak what the others were thinking.

And he single-handedly wondered in Cabinet how on Earth the country could pay for Boris Johnson’s massive “net zero” environmental plans, for which no one had bothered to work.

I mean banning new petrol and diesel cars by 2030 and gas boilers in new homes in three years.

As China continues to build hundreds of coal power plants, Britain – responsible for just 1 per cent of global emissions – is at risk of faltering its economy because we wear T-shirts years earlier than people in other countries. How do you do this?

As far as “forced” Covid measures already enacted or contemplated by the government, Lord Frost echoes the concerns of the 99 Tory MPs who voted against Plan B last week.

Thankfully, Boris has so far resisted pressure from the lockdown lobby that includes unelected scientists, backed in Cabinet by Michael Gove and Health Minister Sajid Javid, who yesterday refused to rule out a lockdown before Christmas.

I don’t want to divert from the subject of Lord Frost’s resignation, but we really shouldn’t forgive the egregiously exaggerated allegations of the government and its agencies about the proliferation of Omicron.

Last Monday, the UK’s Health and Security Agency estimated there were 200,000 new omicron infections per day.

If these numbers are correct, there will be more than two million new cases of omicron today. What a crap.

Yesterday’s government figure on new COVID-19 infections, which underestimates the true number by a large margin, 82,886, was lower than the previous two days.

Back to Lord Frost: in his views on tax and spending, as well as his skepticism about inexpensive “net-zero” policies and his distaste for authoritarian Covid measures, he sums up the common sense and balance of a proper Conservative Party.

One could add that during his negotiations with the EU over the so-called Northern Ireland Protocol, he showed a Conservative interest in the rights of British nationals in Northern Ireland who are still under the jurisdiction of the European Court of Justice, with overhanging borders. Irish Sea. 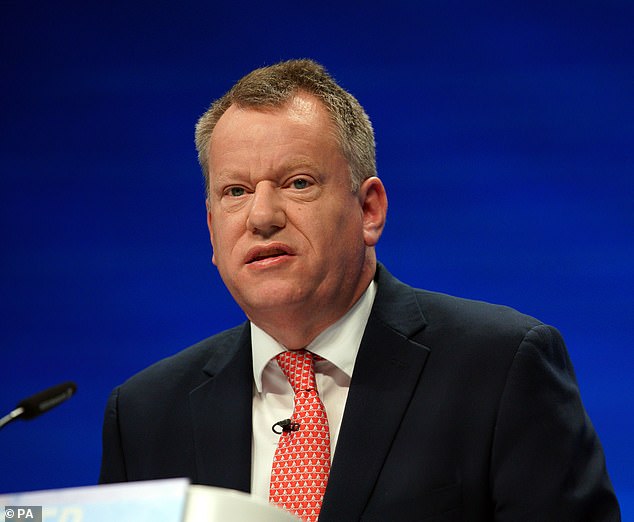 Lord Frost was photographed earlier this year in October. Less than a month ago, he said in a speech that if we followed the “European social model” we would only enjoy modest economic growth.

True, Boris Johnson and Lord Frost accepted this agreement as the price to pay for Brexit. Lord Frost tried to soften him up.

There are worrying rumors that the prime minister may be willing to compromise as he has not been the Brexit minister.

The wonder is that Lord Frost was a career diplomat in the Foreign Office, where the Conservative Party was weak on the ground, and Euroskeptics almost non-existent. From such an unexpected environment, a real conservative appeared.

And Boris? Despite his patronizing conservatives all his life, he is far less of the real thing than the man who advised him.

Perhaps he reckons that, when the election comes, the Conservatives will have to support him. But they can refuse to vote or vote elsewhere.

It is not too late for Mr. Johnson to find “the direction of travel”, in the words of Lord Frost, a Tory.

But the courage of critics in the Cabinet and the party began to stir. The question they ask is whether they should get rid of Boris to get their party back.

Scout leaders apologize to a woman who stalked after calling a bearded man 'who' on social media.