Make no mistake, the disappointment will be overwhelming. For all good intentions, the Queen will be deeply sorry that she will not be celebrating Christmas this year at Sandringham.

It’s not just the fact that, for the second year in a row, she will miss the Norfolk property that holds so many of her Christmas memories, but she will also once again be denied the companionship of many of her family.

Their absence, especially her great-grandchildren, will be especially felt.

After a year that began with the loss of her husband Prince Philip and ended with her having to cancel public engagements after a long bout of ill health, her hopes were raised by the prospect of holding her first family gathering in Sandringham since 2019. 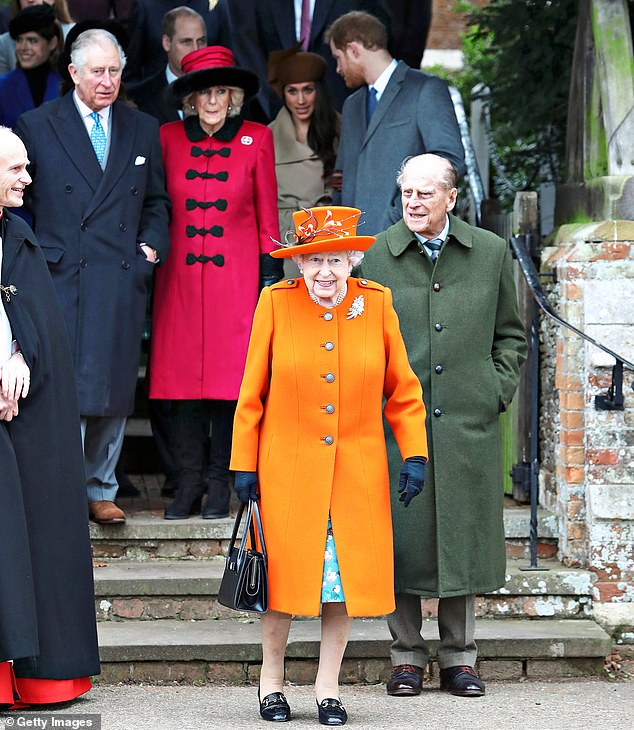 The Queen will be disappointed not to host traditional Christmas festivities at Sandringham this year. Pictured: The Queen with family at a Christmas Day service at King’s Lynn in 2017

It has promised to be one of the biggest royal encounters for years, with US-based Prince Harry, the Duchess of Sussex and their only absent children.

Despite the hum from royal aides that the Queen will visit the family over Christmas – with “all appropriate guidelines” followed – it inevitably means normal festivities will be curtailed considerably.

Palace officials insist the queen’s decision was a personal one and was made only after “careful consideration”, which is believed to have included medical advice.

It also seems likely that next year’s platinum jubilee events will almost certainly feature in the decision-making process.

A courtier said: “The jubilee is an important and personal milestone, and Her Majesty the Queen wishes to minimize any risk to events.”

Exposing herself, most likely, to harm with a large family gathering is one such potential threat. Up to 50 family members were set to join the Queen, who was expected to travel to Sandringham by helicopter either today or tomorrow. 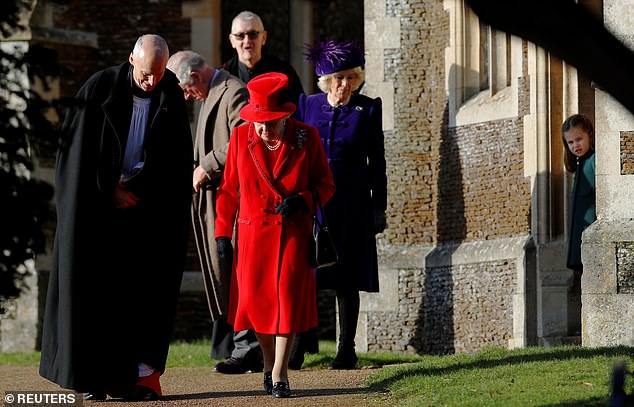 The other royal guests were due to arrive on Christmas Eve.

Although there are no ‘bubbles’ with key staff in Windsor as they did earlier in the pandemic, special precautions have been taken to keep the Queen safe and Covid-free. Among them are its own personnel who undergo daily lateral flow tests.

I understand that a servant has tested positive for the virus in recent days, but this played no part in the Queen’s decision to stay in Windsor.

However, I understand aides were concerned about the possibility of the Queen being infected by such a large group gathering at Sandringham – which is the same reason why the wider royal family lunch was canceled this week.

The question now is who the family will be with the Queen on Christmas Day.

It seems likely that the beleaguered Prince Andrew, who lives near the Royal Lodge, might stay in Windsor to be with his mother, as well as Prince Edward and the Countess of Wessex and their children. 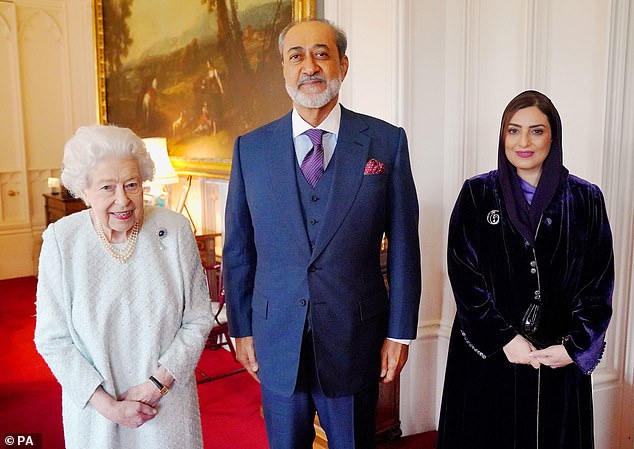 Pictured: The Queen receives the Sultan of Oman and his wife, the first lady of Oman, during an audience at Windsor Castle on one of her last official engagements this month.

Although plans are not fixed yet, I am told the Queen will “not” be eating Christmas lunch alone.

It was not immediately clear if some family members would continue to travel to Sandringham, although it is understood that Prince William and the Duchess of Cambridge are due to spend the holiday break at Anmer Hall, their Norfolk home near Sandringham House.

This year will be the second time in 33 years that the Queen has spent the festive season away from Sandringham.

Until the 1980s, she regularly spent Christmas at Windsor Castle, but the arrival of her grandchildren meant the royal family needed extra space for Norfolk Palace.

The Queen may still be able to travel to spend some winter in Sandringham – and she will usually stay there until February 6, the anniversary of the death of her father, King George VI. Next year will be a particularly poignant date, as it marks the 70th anniversary of her accession.

Confidential: BAFTA chief Eden to quit the ranks of claims related to race and gender