You can get to the secret ending of Far Cry 6 after you finish the game in a certain way, which is different from the obvious ending of the game.

Ubisoft always depends on adding secret endings to their games, as these endings add to the fun of the game.

It makes players excited to reach the secret ending and complete secret levels after the game ends and the end screen appears.

The way to get to the secret end of Far Cry 6 is different from the rest of the games in the series, as you won’t be able to access it right after you start the game.

And you have to keep playing the game for up to a few hours to get to the secret ending.

You can reach the end of the secret game after completing the following main tasks:

After you finish the Liberated Rising mission and sit down to talk to Clara, the character chooses between participating in the revolution or fleeing to the USA.

And if you want to escape to the United States, all you have to do is drive your steamboat into the open waters. You then find the protagonist of the game, Dani, saying that this is not his fight, and then the screen goes a little black. 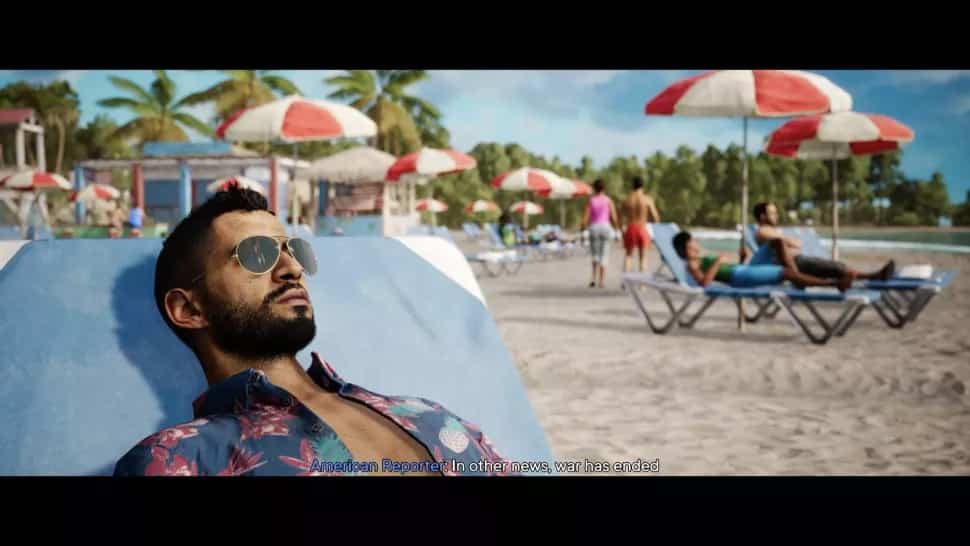 A message then appears telling you that what you see happened three months after you fled the island, and finds Dani lying on a sunny beach listening to the news about the defeat of the resistance and revolution and how the president managed to kill Clara, the leader of the revolution.

When you return to the home screen after the end badge appears, the game leaves you the choice to complete it from your stopping point.

Far Cry 6 hasn’t been released yet, but Ubisoft has sent out a beta set to the media, in order to release game reviews.

The game managed to get an average review score of 80%, which is slightly lower than previous series games.

All you need to know about Metaverse