Girl, 10, killed in Range Rover crash: Police have arrested a 42-year-old man after an SUV rammed two children in the street, killing one and injuring the second

A 10-year-old girl tragically died after her driver lost control of his four-wheel drive vehicle on a residential street in Oldham, Greater Manchester.

At around 5 pm yesterday, police were called to reports of a collision between a red Land Rover Discovery and two children.

When the officers arrived at the scene, they saw the car had hit a lamp post after hitting the children. 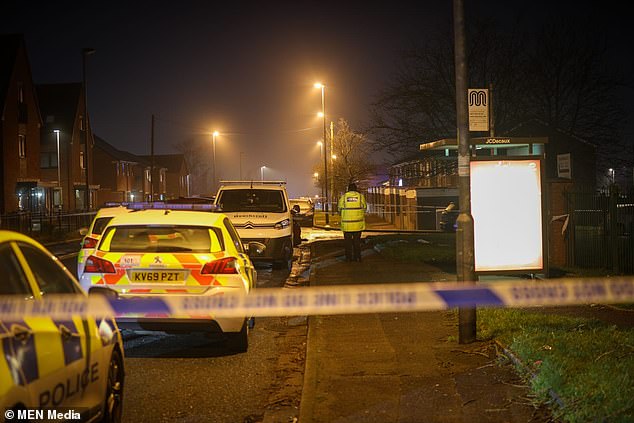 A Greater Manchester Police spokesperson said: ‘Emergency services attended and a 10-year-old girl was taken to hospital with serious injuries, and despite the hospital staff’s best work, she sadly passed away shortly thereafter.

The other girl was taken to hospital with an ankle and head injury and is still in stable condition.

A 42-year-old man has been arrested on suspicion of causing death through dangerous driving and driving under the influence of alcohol. He remains in custody for questioning.

The police closed the road yesterday evening while investigators were investigating the circumstances of the accident. 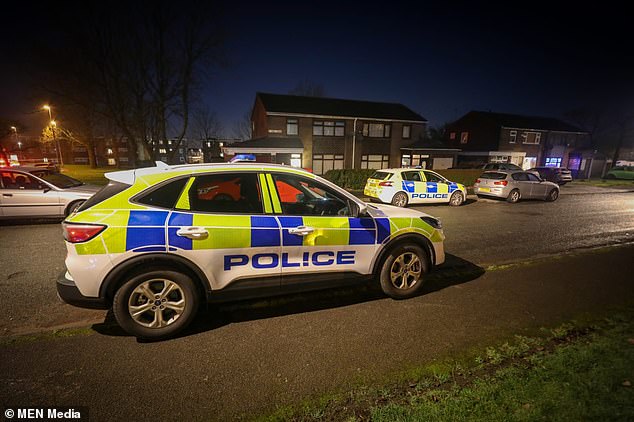 Police at the site of a fatal crash on Coleridge Road in Schulver, Oldham, Greater Manchester

One resident told the Manchester Evening News that she saw the girls lying on the road and had brought robes to keep them warm until emergency services arrived.

The woman, who did not wish to reveal her name, said: It was two girls, I heard a crash, and I opened my window, and my neighbor yelled at me to get out where he said there was a girl who was knocked and ran. the outside.

One was brought up and was working out of my house.

I gave them both of my gowns to keep them warm as they didn’t have any dads in the area and just wanted to take care of them because they couldn’t.

“The girl was near the bus stop on her side, the other was on the grass in the dark but we found her and then called for help.”

Sgt. Matthew Waget, of the GMP Serious Collision Investigation Unit, said: “Our thoughts are with the little girl’s family at this unimaginably difficult time.

While we have arrested a man, we are continuing to keep up with our investigation as we work to establish the full circumstances of this collision and are asking anyone with dashcam footage or any information about a red Land Rover Discovery during or before the collision. Collision talking to the police.

This collision happened at a busy time of the day and we hope there will be a number of witnesses who can assist the police in their investigations.

Alternatively, reports can be submitted anonymously to the independent charity Crimestoppers at 0800-555111.