NHS worker finds ‘Chinese prisoner ID’ sewn into lining of a £49.99 coat she bought from My Shoe Store online fears it is a ‘call for help’

An NHS worker has found a ‘Chinese prisoner ID’ sewn into the lining of a coat she bought online and fears it was a ‘help request’.

The 24-year-old bought the dress for £49.99 from an online company called My Shoe Store.

The coat was from Brave Soul, a UK-based primary brand of Whispering Smith that borrows from China for cheap labour. 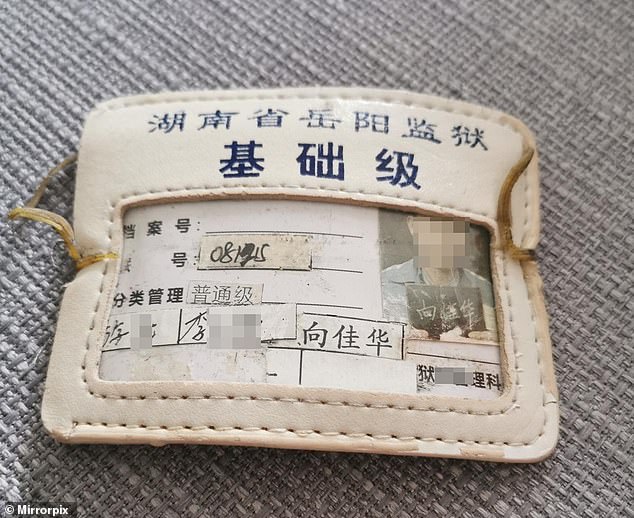 “This might be a call for help from a forced laborer,” said the woman, from Norwich.

She told The Mirror: “I work for the NHS and care about people living the best kind of life.”

A spokesperson for Amnesty International said: “Companies have a responsibility to respect human rights during their operations in China and elsewhere in the world.

Key to this is engaging in human rights due diligence to prevent the risks of negatively impacting people’s rights through their work, business relationships, and within their value chains.

“We also urge the UK government to consider making this due diligence mandatory for national companies operating overseas.”

MailOnline has reached out to Whispering Smith for comment. 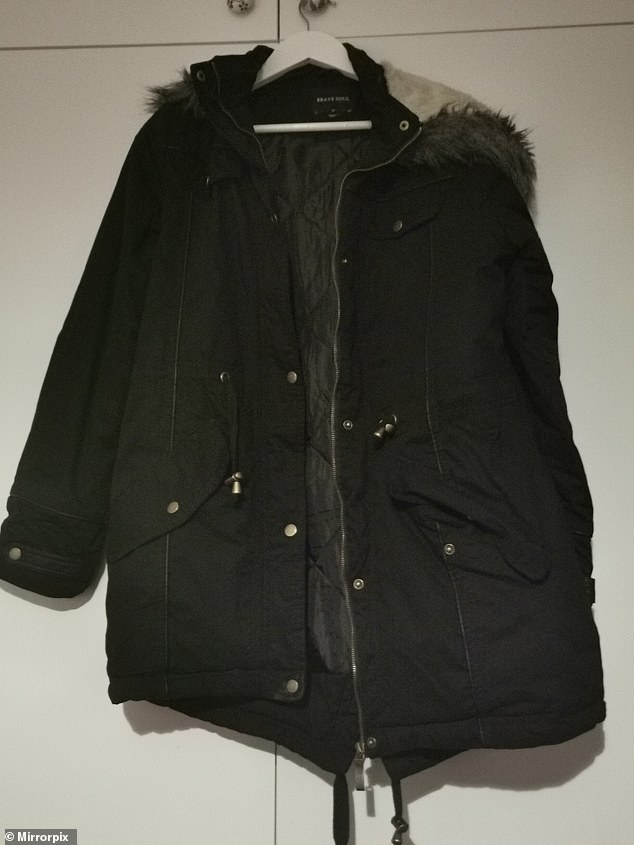 The coat (pictured) was from Brave Soul, a UK-based primary brand of Whispering Smith that outsources cheap labor to China

In 2015, a Primark shopper found a distressing message inside a pair of socks that he claimed was from a Chinese torture victim.

Shahkil discovered Akbar’s hidden sheet in the black, cotton-rich stockings he had purchased from the budget chain store in Metrocentre, Newcastle.

When he translated the note into English, Mr. Akbar found what appeared to be a desperate cry for help from a man who claims he was tortured after being accused of extortion and fraud.

After finding the letter, Akbar, 24, took it to a local Chinese takeaway to see if the staff could translate it for him. When the owner said he was Korean and couldn’t read Chinese, Akbar used a phone app to translate the words into English. 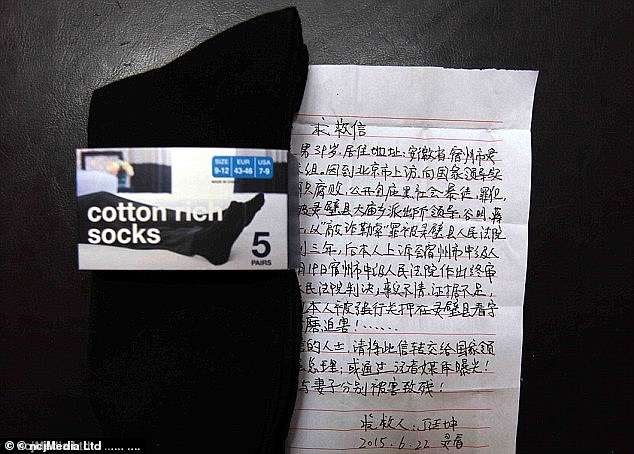 In 2015, a Primark shopper found a distressing message inside a pair of socks he claimed was from a Chinese torture victim (pictured)

The letter is allegedly from a man named Ding Tengkun from Anhui Province.

The letter reads as follows: “I was falsely accused and aware of fraud and extortion by and I was illegally sentenced on June 29, 2014, by the Lingbei District People’s Court to three years in prison.

At the moment I am being held tightly in Lingbei County Detention Center. My body and mind were severely tortured and damaged!

“Whoever sees this message, please hand it over to the National Government Chairman Xi Jingping, Prime Minister Li Keqiang or expose it through a journalist or the media!”

“My wife and I were paralyzed,” he added.