Alarm bells ringing loudly in response to the rapid spread of the Omicron variant is no secret at Whitehall.

Civil servants are said to be making urgent plans for further restrictions, and yesterday’s emergency cabinet meeting may have been a sign of things to come.

So far, ministers are resisting further restrictions imposed on Covid, although Boris Johnson has made clear that the crackdown is taking place “in reserve”. 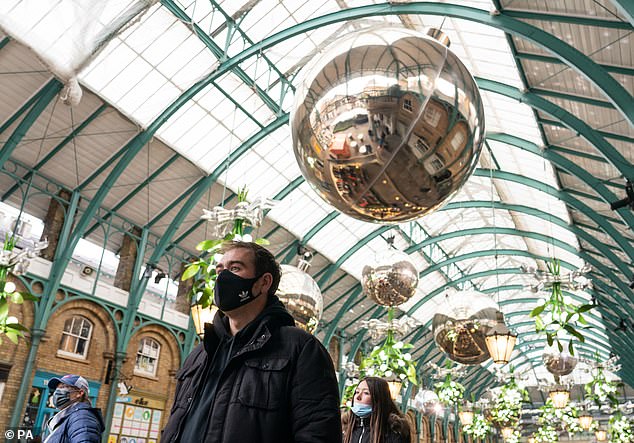 People wear masks in Covent Garden in London on Monday as Christmas approaches. Ministers have so far resisted further restrictions on Covid but this could change

Throughout the pandemic, ministers have repeatedly insisted that they “follow the science” in making their decisions.

A key element of the growing pressure for action needed in some quarters can be found in guidance from members of the Scientific Advisory Group on Emergencies Burdened with Death (Sage), whose often-criticized modeling has been central to the development of official policy over the past two years.

Their latest document is usually grim, with its claim that there could be 6,000 deaths a day in the new wave of Covid, three times more than the daily peak last January (when we had no mass vaccine) and equaling 180,000 deaths in month, more than we’ve seen the entire pandemic.

Despite these hysterical numbers driving the flyers, Sage admits this presents a “worst case scenario” if the government sticks to Plan B and doesn’t impose any other measures.

But even with that caveat, we should all be deeply concerned about the Sage model.

Doubts about the credibility of Sage’s characters aren’t new, but doubts will only heighten after a fascinating Twitter exchange between Fraser Nelson, editor of Spectator magazine, and Professor Graham Medley, chair of the Sage Show Committee, over the weekend.

Confused by the gap between reassuring reports from South Africa and Sage’s dark prophecies, Nelson asked Medley how the group’s conclusion was reached.

If Omicron, as South Africans believe, is moderate and there is no need for shutdown, why didn’t Sage include this scenario “since this is a very reasonable option that dramatically changes expectations,” Nelson wondered. Simple enough. 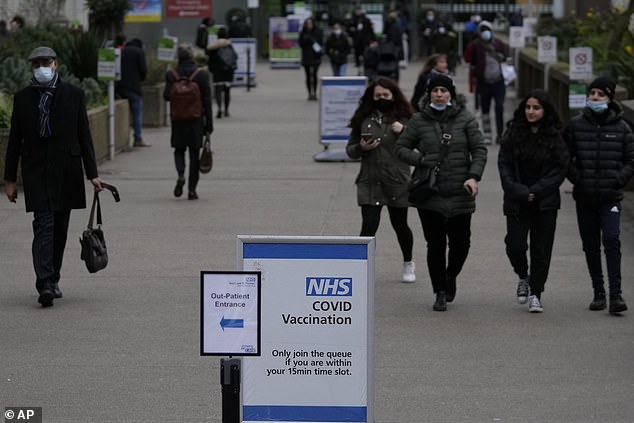 Londoners pass by the vaccination center on Monday. According to the PCCF, hospitalizations could be as high as 3,000 per day

But then came Medley’s expressive response: “Decision makers are generally only interested in situations in which decisions must be made.”

Is Sage exclusively modeling bad outcomes that require more constraints and ignore more welcome outcomes that would require no action, even if such scenarios were likely to occur, Nelson asked?

Then came the hammer blow: “We generally represent what we are asked to design,” Medley replied.

It was an extraordinary exchange and hardly most people would expect scientific advice.

In arriving at its decisions, surely the government needs to know the probability of all scenarios occurring rather than just a summary of the worst possible case?

Those who advocate a return to lockdown to stop Omicron’s transmission, for example, are ignoring the broader impact of such a crackdown on the economy, the backlog of other NHS treatments, mental health, domestic abuse and education.

The latest government figures, published this month, show Britain’s gross domestic product is still 0.8 per cent lower than it was before the pandemic.

Without a strong economic recovery, more people are likely to die from the financial consequences of lockdown restrictions than ever died with Covid.

Even the more limited restrictions of Plan B are having a devastating effect on the hospitality trade, travel industry and leisure sector.

Once again, Chancellor Rishi Sunak is clamoring to produce a rescue package out of the blue to steer business through this fraught winter, even though he has already spent more than £400 billion of taxpayer money on support programmes, with debts that will burden future generations to reach. Its value is 2.2 trillion pounds sterling.

Of course, we have known about Omicron for less than a month, and it would certainly be foolish to be so dismissive of its potential effect.

But nonetheless, a counterweight must be offered against the sage gloom. I can do this with the mathematical model I developed at the University of Bristol (the Predictor Corrector Covid Filter or PCCF) which has proven to be a very accurate predictor of epidemic progress.

Under current conditions, the PCCF expects that daily new Covid cases in England – which is already rising rapidly – could peak at half a million between Christmas and New Year, ten times more than recent rates.

Ninety percent of these cases will be Omicron.

Then, as early as the new year, active omicron infections may reach 2.5 million, adding to the slow decline of delta infections will generate a combined total peak of 3.5 million cases.

But while that number sounds huge, it doesn’t necessarily mean the disaster that Sage outlined.

I expect Omicron’s rise to be very fast – as we’ve already seen in London – but that would equate to a decline about the same speed, so it’s likely that active injuries will be lower than we are now in a month, and set to fizzle out as we move into the spring.

This view is supported by evidence from South Africa, which is a month ahead of us, where the National Institute of Infectious Diseases estimates that the mortality rate (the percentage of infected people who die) is less than half the level it was in the delta. last winter’s wave, and four times less for particularly vulnerable people between the ages of 70 and 79.

The relative moderation of the new strain is underlined not only by the fact that the hospital stay is much shorter for Omicron patients – about three days versus 11 for Delta patients – but also that fewer of these patients require oxygen or intensive care when they are in the hospital. 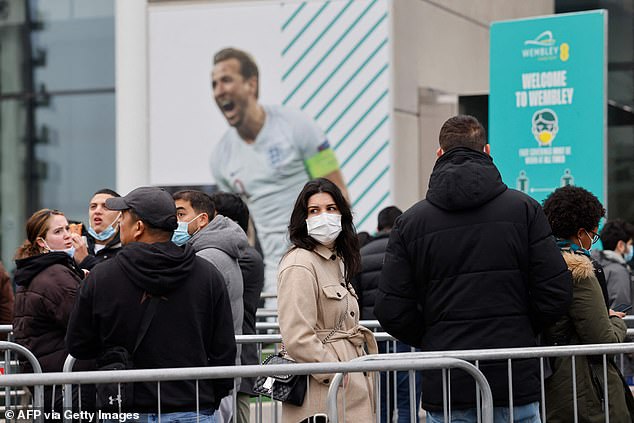 People line up outside the vaccination center on Sunday. Under current circumstances, the PCCF expects daily new Covid cases in England to peak at half a million between Christmas and New Years.

This does not mean that it will be easy for us. The PCCF model indicates that deaths will certainly rise above the current level of 100 per day.

But even so, they are unlikely to exceed 500 people a day in England. This total, of course, represents a very large number of individual tragedies, but is well below the daily peak of more than 1,800 UK-wide deaths last January.

Along the same lines, according to the PCCF, hospitalizations could reach about 3,000 people per day, which is higher than the current rate of 800 but still below January’s peak of 4,100 – a number achieved during a full national lockdown, which has been deemed inappropriate. . The NHS has been overshadowed.

Indeed, my model predicts that the numbers will remain manageable without introducing any further Covid restrictions.

As I say, we cannot feel good about ourselves, but we should not fall into despair or panic. I don’t see any justification for more restrictions, let alone another shutdown, whatever Sage suggests.

The Government is right to see the Enhanced Program as our chief defence, just as we must place our trust in the common sense and restraint of the British people.

Those who are vulnerable or who are risk averse actually modify their behavior without the need for more bureaucratic ordinances. We all want a happy birthday, after all.

It should also be remembered that a slight increase in respiratory mortality and hospitalization is normal for the winter.

Surrender once again to the merchants of doom, and we risk being trapped in a relentless cycle of tyrannical controls.

Normality calls – as yesterday – if the government continues to maintain its nerve, pursues the pragmatic path and refuses to be harassed into frightening measures through modeling that is based on exaggerated fears.

Philip Thomas is a Visiting Academic Professor at the University of Bristol.

Companies risk being devastated by the 'hidden shutdown'