She suffered a tragedy in 2008 when her former partner Heath Ledger died of an accidental overdose.

But Michelle Williams revealed Tuesday in a new Variety profile that her friend Jeremy Strong was by her side to help her get past the tremendous loss.

The 41-year-old Oscar nominee shared that the 43-year-old Succession star helped care for her and Heath’s daughter Matilda while helping to assuage the little girl’s grief.

With a little help from her friend: Michelle Williams, 41, revealed Tuesday to Variety that Succession star Jeremy Strong moved in to care for her daughter Matilda, now 16, after her ex Heath Ledger died in 2008 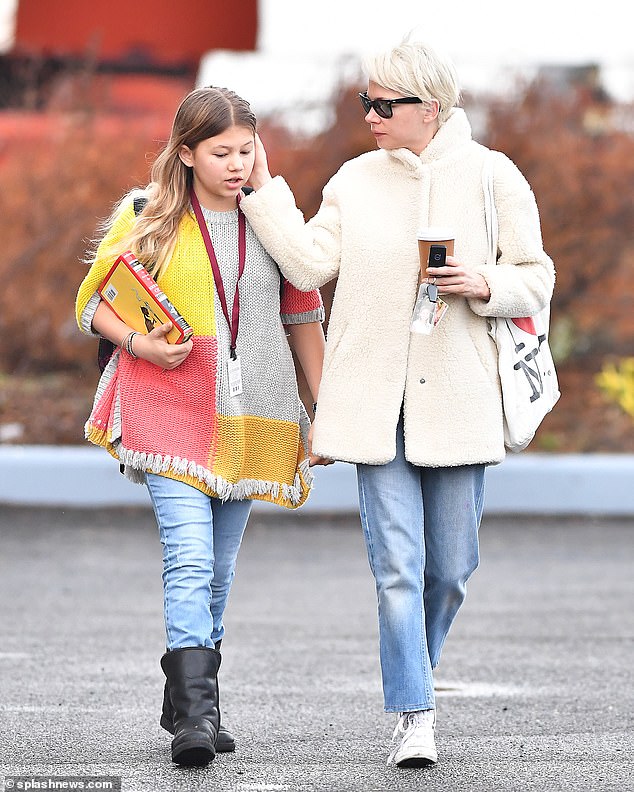 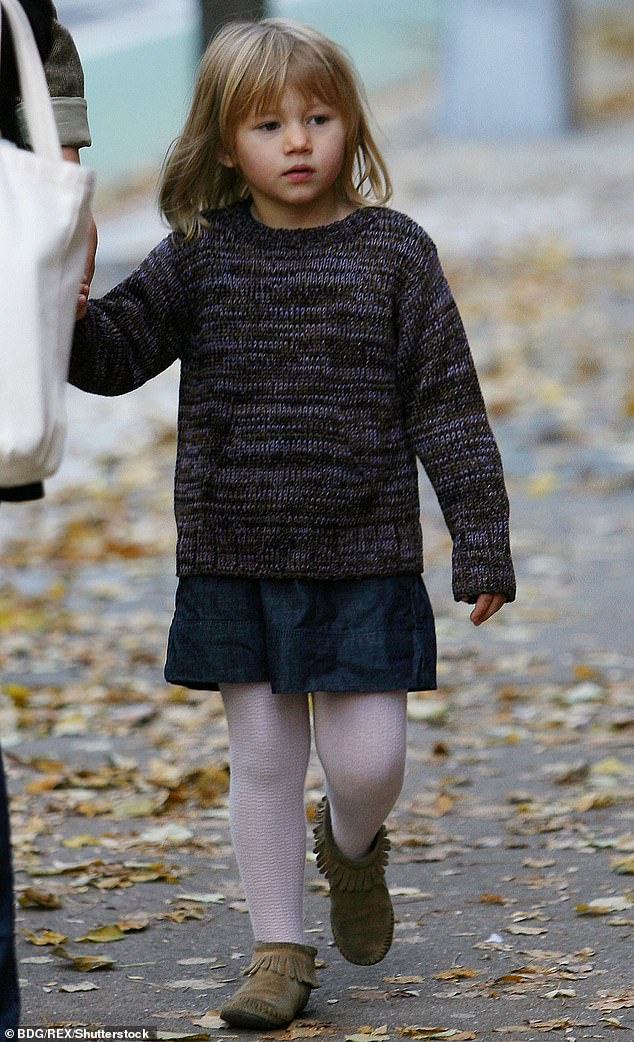 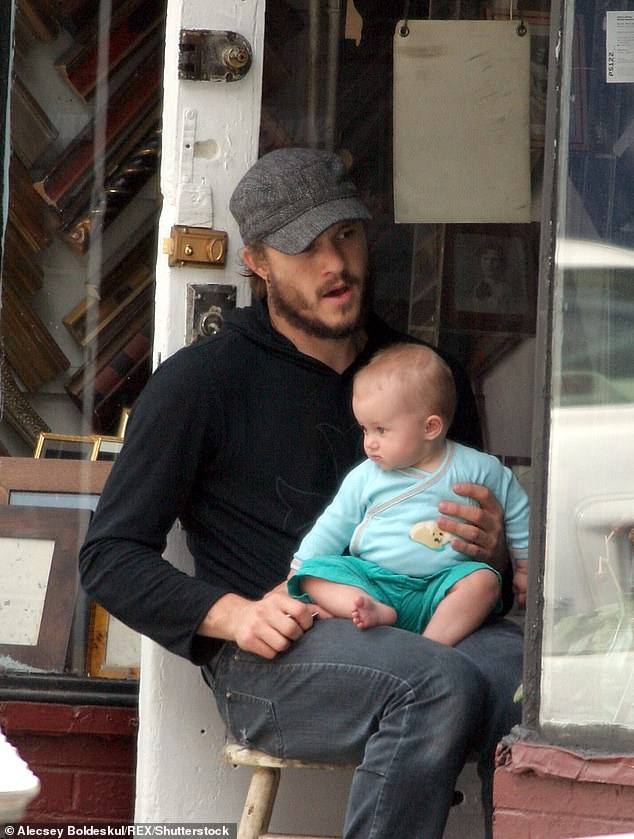 ‘Jeremy was serious enough to hold the weight of a child’s broken heart and sensitive enough to understand how to approach her through play and games and silliness,’ she said.

The Trial Of The Chicago 7 star moved in with Michelle, along with her sister and another friend shortly after Heath’s death.

The actress noted that her daughter, who’s now 16, missed out on knowing her father, but Jeremy’s presence was important in learning to move on.

‘[Matilda] didn’t grow up with her father, but she grew up with her Jeremy and we were changed by his ability to play as though his life depended upon it, because hers did,’ she continued. 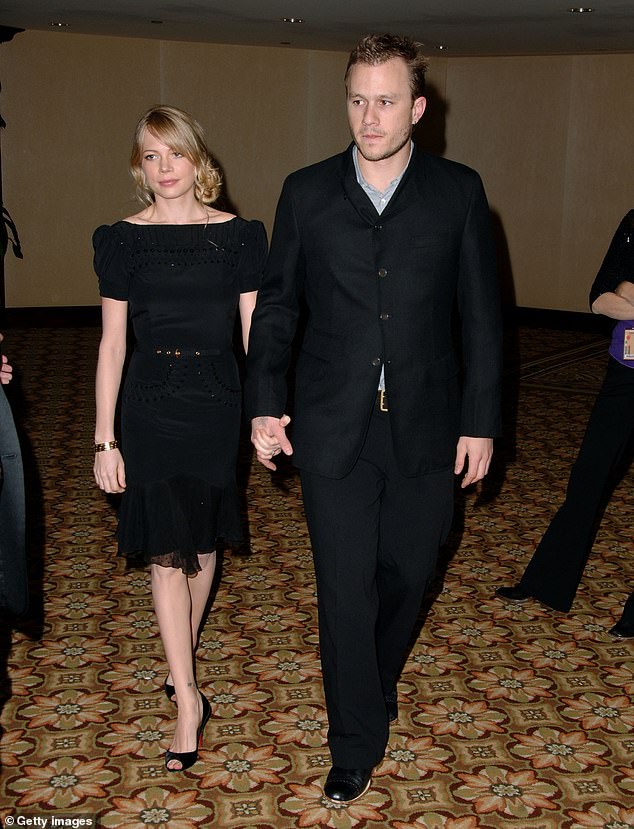 Family tragedy: She welcomed Matilda with Ledger in 2005, but the two broke up in 2007, and he died of an accidental overdose the following year; seen in 2006 in LA

The Certain Women star met her future partner Heath on the set of Brokeback Mountain, and the two became a couple later in 2004.

The two were also featured together in the acclaimed experimental Bob Dylan biopic I’m Not There, though their characters didn’t share any scenes.

The couple welcomed their daughter Matilda in October of 2005, with Heath’s Brokeback mountain costar Jake Gyllenhaal serving as her godfather, while Busy Philipps, who appeared with Michelle on Dawson’s Creek, was her godmother.

The two moved in together in Brooklyn that year, but their relationship fizzled out in 2007.

Ledger died in 2008, shortly before the release of The Dark Knight, in which he appeared as a chilling version of the Joker.

The role earned him widespread praise from fans and critics alike, and he was honored with a posthumous Oscar for Best Supporting Actor. 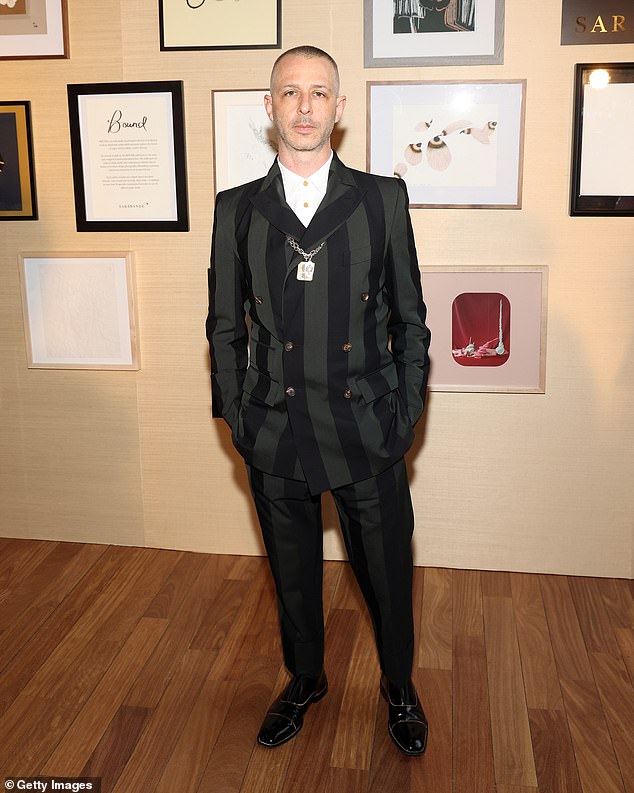 Sweet: ‘[Matilda] didn’t grow up with her father, but she grew up with her Jeremy and we were changed by his ability to play as though his life depended upon it, because hers did,’ she said; seen May 3 in NYC

Michelle seemed keen to defend her friend Jeremy following the release of a controversial New Yorker profile that traced his astounding rise to fame and his extreme immersive acting techniques, which are often mistakenly described as ‘Method acting.’

Many readers, including friends of its subject, found the piece to be mocking of Strong and his working methods.

‘We’ve all been in awe of his talent,’ Michelle said of her friend. ‘We’ve watched him work harder than anyone and wait a long time for other people to recognize it. So when he became so celebrated, we all celebrated.’

In his hit HBO series Succession, which earned Strong an Emmy, he plays Kendall Roy, the oldest child from the second marriage of media mogul Logan Roy (Brian Cox).

As his father’s judgment appears to deteriorate and his media conglomerate has trouble keeping up with the times, Kendall schemes to replace his father as the head of the company. 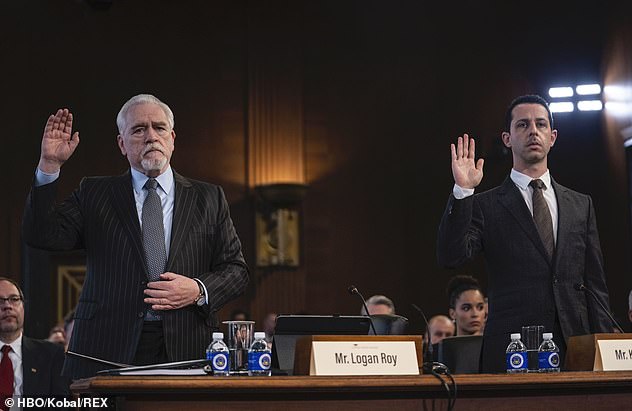 Standing up for him: Michelle defended Jeremy following a controversial New Yorker profile on his extreme acting methods that invited mockery from readers; seen with Brian Cox on Succession

In addition to heaping praise on her good friend, Michelle revealed in her Variety profile that she was expecting her third child, and second with her husband Thomas Kail.

‘It’s totally joyous,’ she told the outlet, adding: ‘As the years go on, you sort of wonder what they might hold for you or not hold for you. It’s exciting to discover that something you want again and again, is available one more time.

‘That good fortune is not lost on me or my family.’

The couple secretly wed in March 2020 after getting engaged the previous year.

They met when he served as the director on her miniseries Fosse/Verdon, in which she played the actress and dancer Gwen Verdon, while Sam Rockwell played her husband, the director, actor and dancer Bob Fosse.

The couple welcomed their son Hart in the summer of 2020. 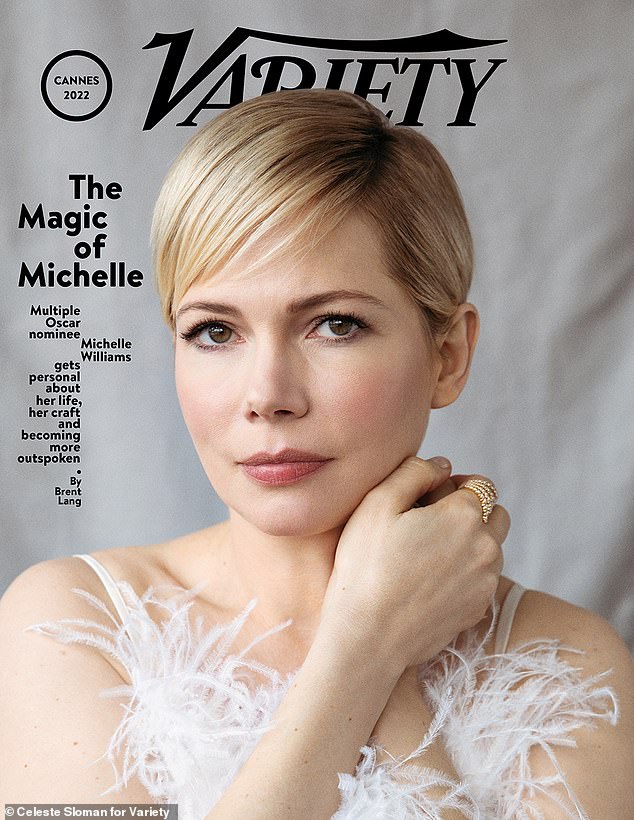 Baby on board: In addition to heaping praise on her good friend, Michelle revealed in her Variety profile that she was expecting her third child, and second with her husband Thomas Kail

Meghan Markle and Prince Harry are 'too out of touch' and 'naive' for Netflix, sources claim