Melissa Cohen has been seen for the first time since reports a mega Hollywood lawyer paid off her husband Hunter Biden’s $2million delinquent tax bill.

Cohen, 35, looked effortlessly chic in a pristine white button-down and blue dress pants, white socks, and black school-girl shoes as she picked up her dry cleaning and takeout on Tuesday.

Secret Service guarded the South African model as she enjoyed the warm sun and listened to music in West Hollywood while she waited.

Cohen had not been seen since she was spotted a few months ago soaking up the sun in a red bikini in Rio de Janeiro while her husband’s tax probe gained momentum in his home state of Delaware.

It was also the first time she had been seen in public since entertainment attorney and ‘sugar brother’ Kevin Morris footed the overdue tax bill facing her husband, who is under investigation, according to the New York Post.

Melissa Cohen, 35, looked effortlessly chic in a pristine white button-down and blue dress pants, white socks, and black school-girl shoes as she picked up her dry cleaning on Tuesday 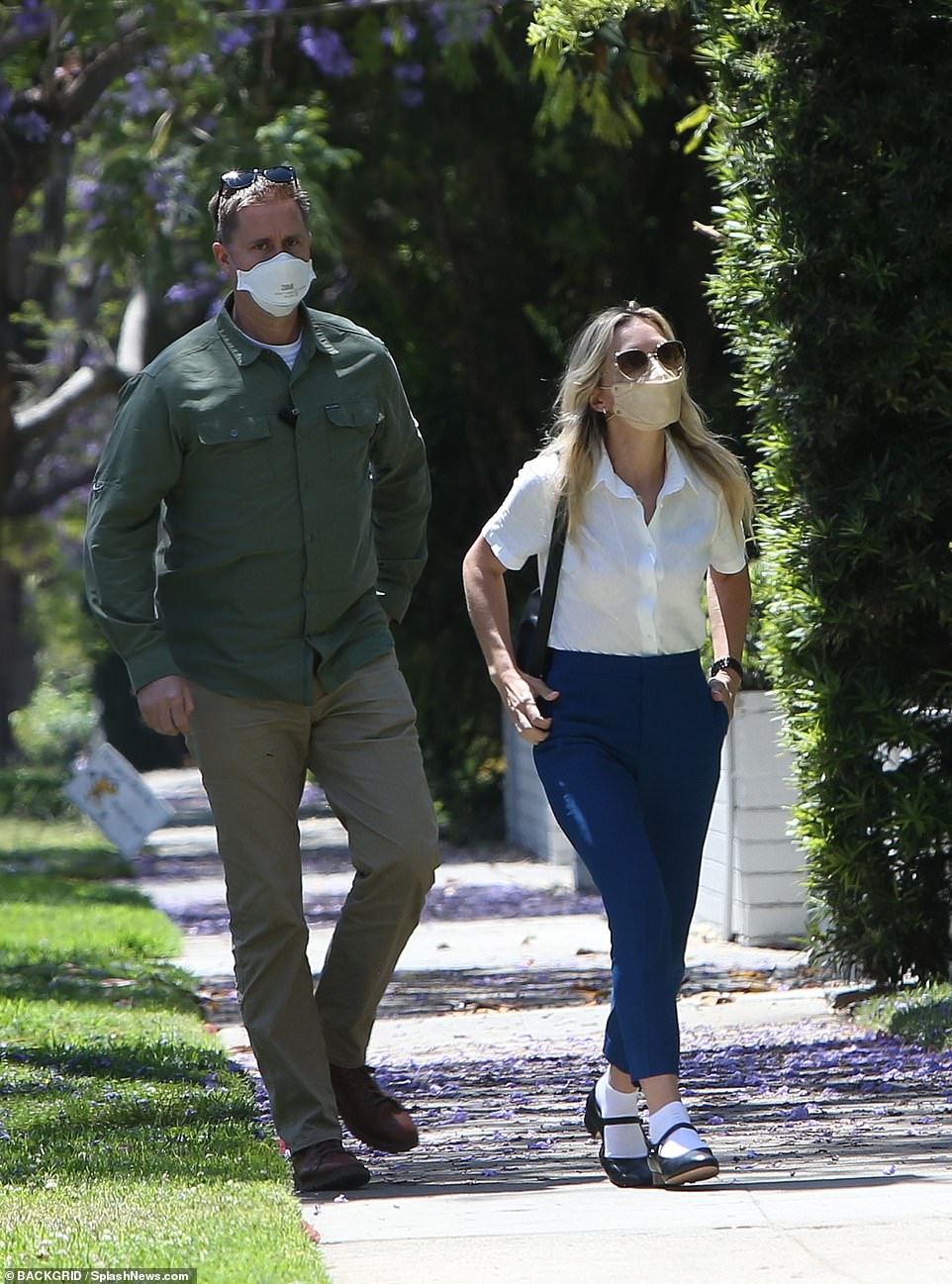 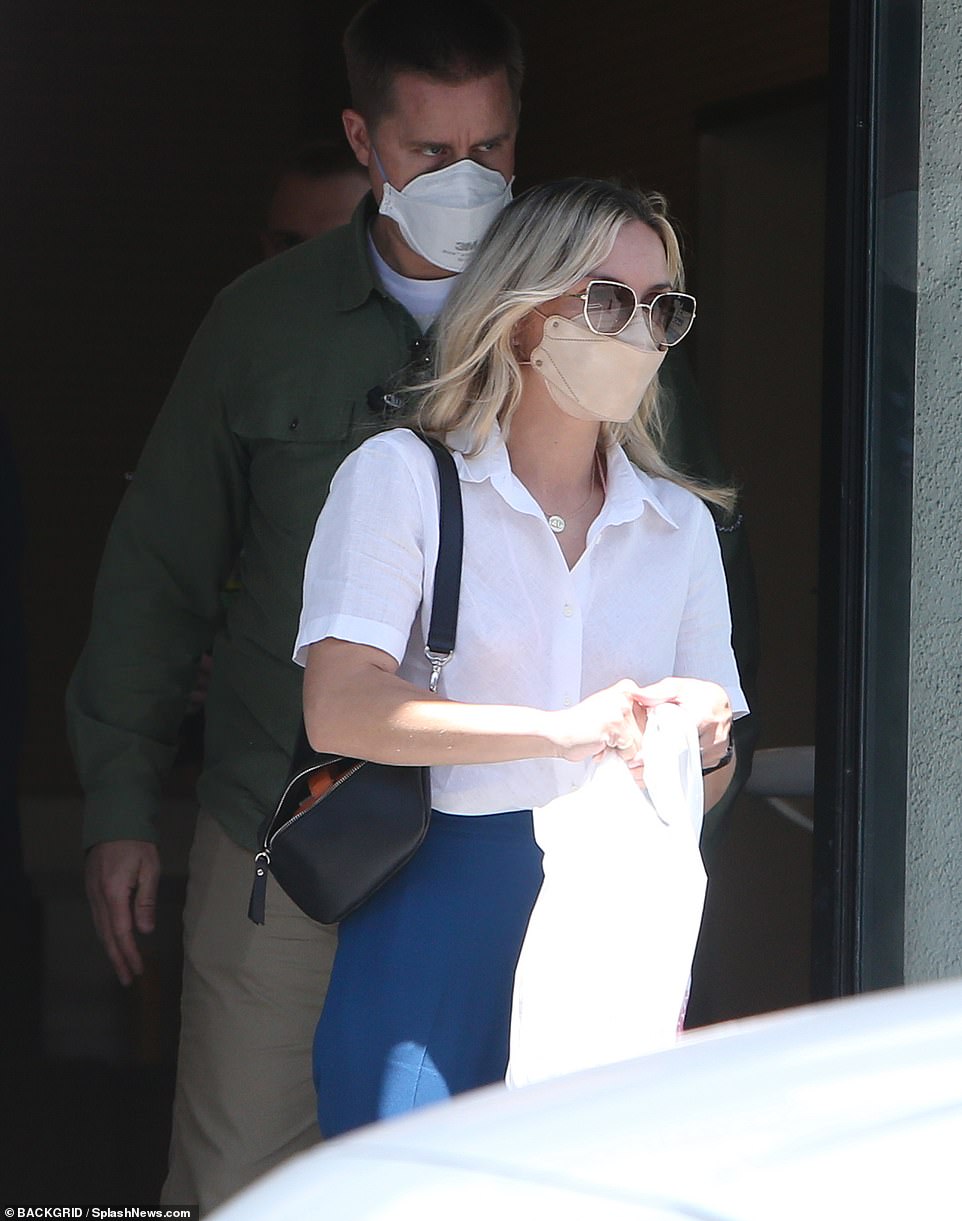 Morris, 58, has bankrolled the 52-year-old’s lavish lifestyle by covering his rent and daily expenses, while also helping him to sell his artwork produced at his Los Angeles residence.

The lawyer, who founded entertainment law firm Morris Yorn Barnes Levine and later won a Tony Award for co-producing the hit musical The Book of Mormon, has not publicly announced a relationship with the President’s son.

But Hunter Biden’s New York-based attorney Christopher Clark confirmed to CBS News that Morris is serving his client as a ‘trusted adviser,’ while Morris’ office told a CBS reporter the Hollywood lawyer is crafting a ‘legal and media strategy’ for Hunter.

Morris earned his fortune negotiating several licensing deals worth hundreds of millions of dollars for Matt Stone and Trey Parker – the creators of satirical cartoon South Park – while his entertainment law firm has represented the likes of Matthew McConaughey, Chris Rock, Ellen DeGeneres and Scarlett Johansson.

He is also a published author, having released a collection of short stories entitled ‘White Man’s Problems’ in 2015, followed by a novel entitled ‘All Joe Knight’ in 2016. 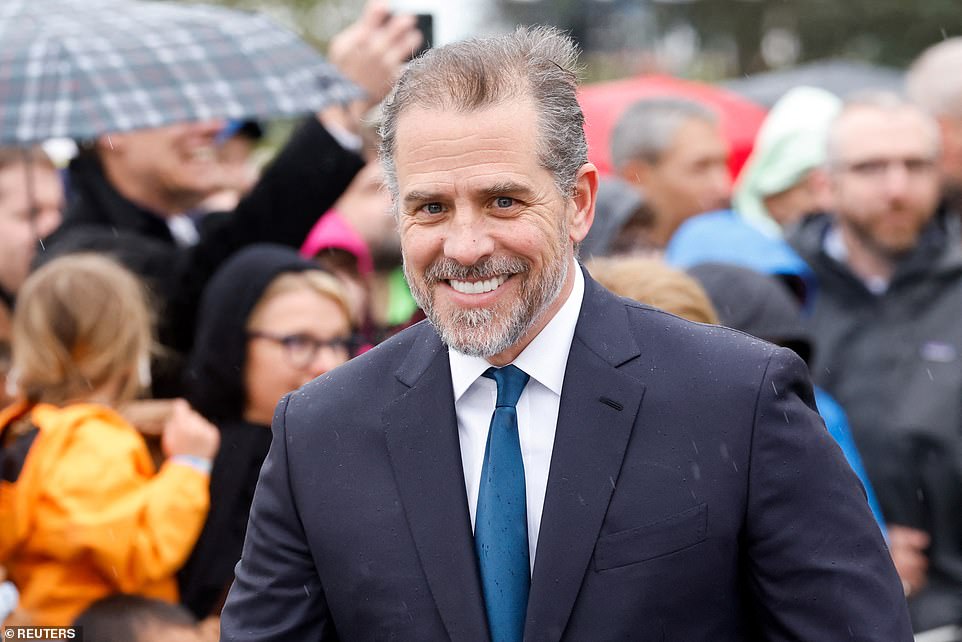 Hunter Biden (pictured in April) meanwhile remains under investigation with the Delaware grand jury for failing to pay taxes on time, along with a host of international financial dealings which intersected with his father’s political life 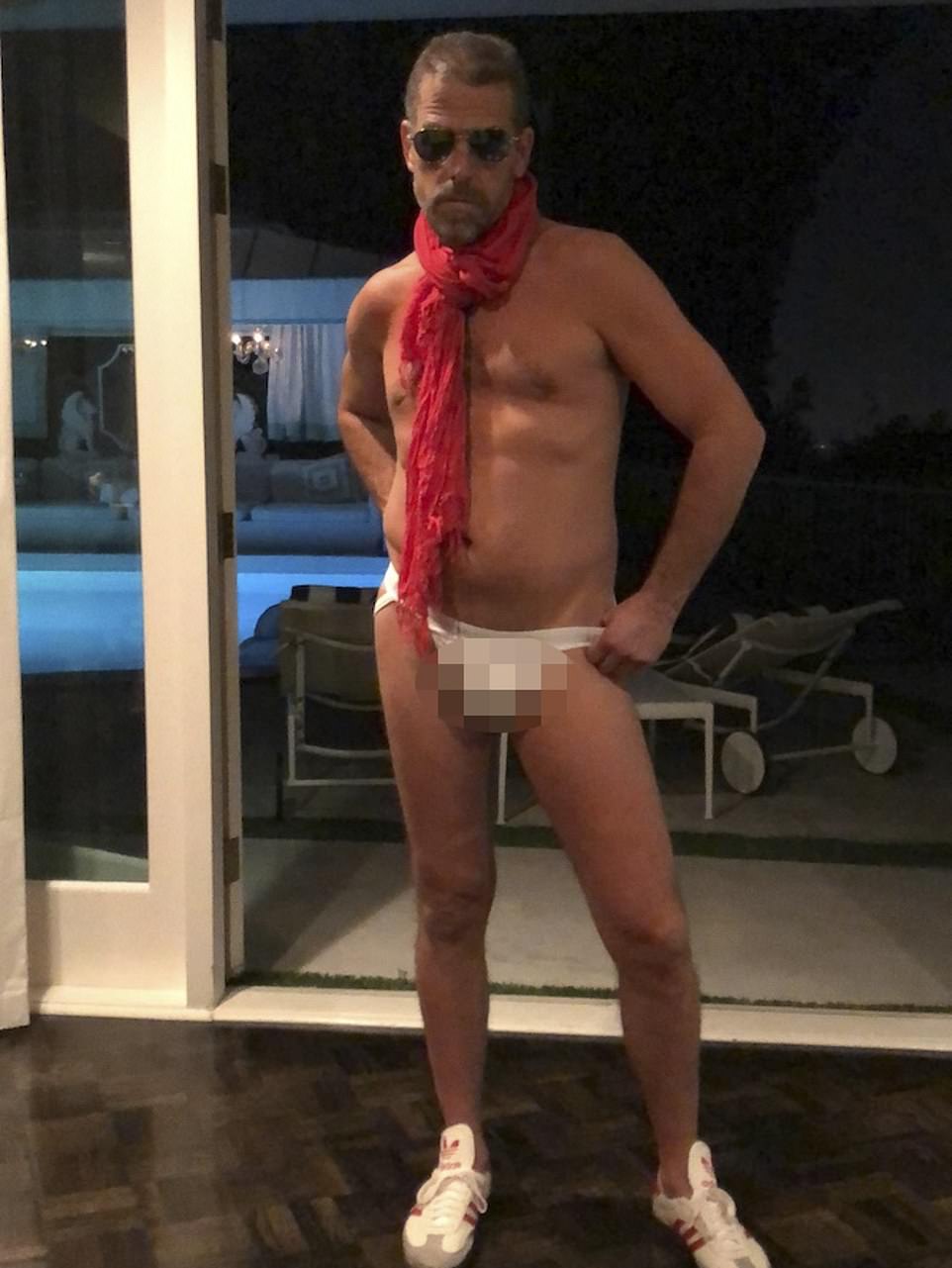 While conducting the data recovery of Hunter Biden’s laptop, photos of Biden sporting a jock strap (pictured), sexual images with various women and a ‘shady’ document from 2017 titled ‘income.pdf’ that detailed his salary were discovered

Hunter Biden meanwhile remains under investigation with the Delaware grand jury for failing to pay taxes on time, along with a host of international financial dealings which intersected with his father’s political life.

The investigation into his taxes began when his father Joe was still serving as Vice President during the Obama administration.

But in 2018 the inquiry was opened up to include potential tax fraud, money laundering and violations of lobbying laws, after it transpired the 52-year-old may have used political leverage to influence business deals.

Then in October 2020, the New York Post revealed the existence of the now infamous Hunter Biden laptop – a damaged MacBook Pro the President’s son took to a repair shop in Wilmington, Delaware, but never retrieved.

More than 20,000 emails have since been recovered from the laptop’s hard drive which are thought to provide extensive evidence of Hunter Biden’s shady business dealings. 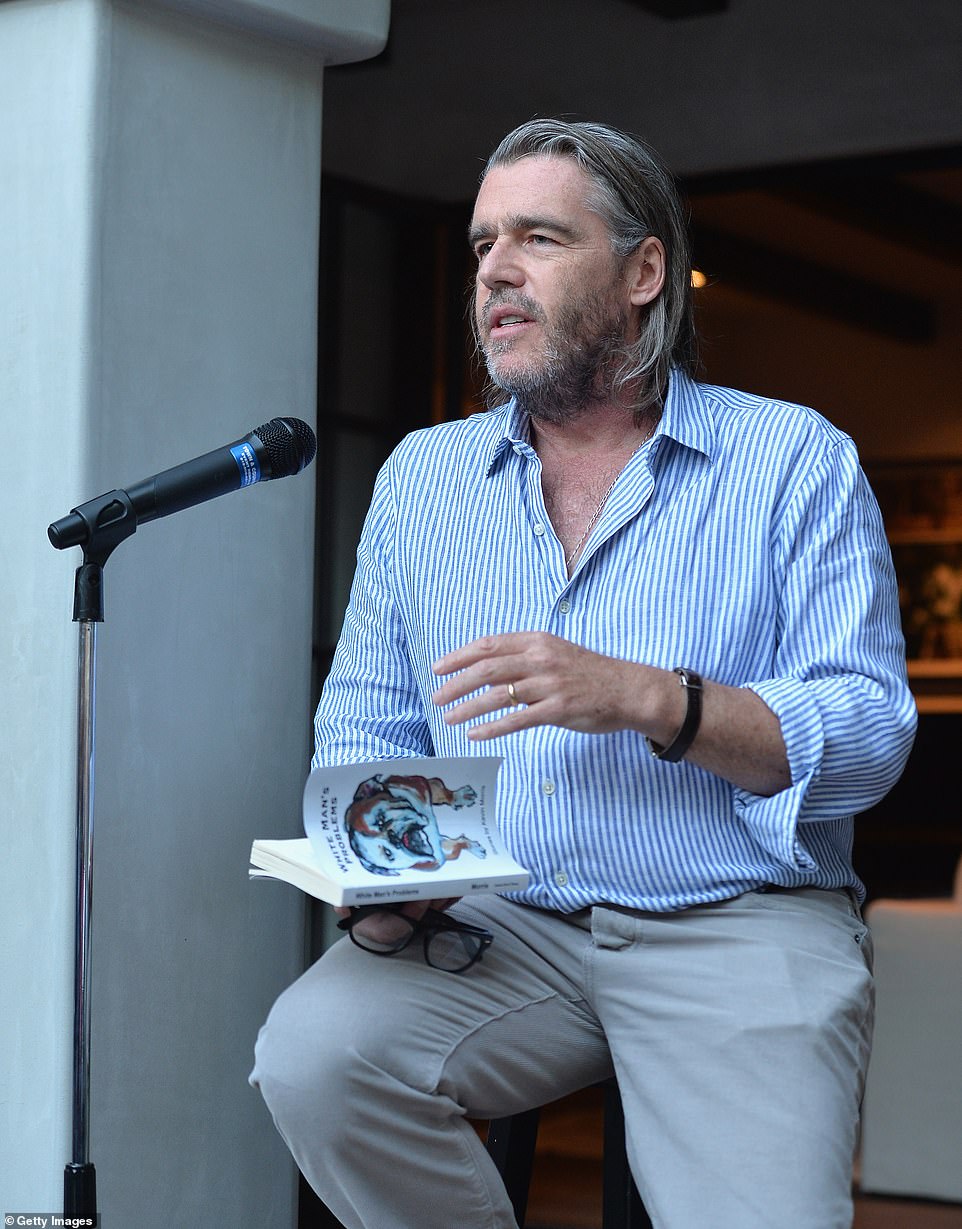 The New York Times reported that prosecutors may find it hard to convict Hunter Biden for tax fraud and suggested he would likely receive a lenient sentence in the event of a conviction because the bill was ultimately paid, albeit late.

But the investigation into his business dealings, backed up by the trove of verified emails on his laptop, mean the US leader’s embattled son may face considerable consequences.

The Kentucky congressman who will lead Republican investigations if the GOP takes back the House in 2022 is lining up Hunter Biden as one of the main targets.

Representative James Comer, who is primed to take over as chairman of the Committee on Oversight and Reform, said Hunter Biden and his business associates have many questions to answer over his foreign deals and taxes.

He confirmed the White House will also be pressed on whether the president knew about any of the transactions and believes American voters are now coming around to the fact the Hunter scandal isn’t a ‘conspiracy theory’ and are questioning the administration’s ethics and transparency.

Comer called Hunter a ‘national security risk’ and a ‘grifter’ who has built his ‘business model’ on ‘selling access to his father,’ and believes Democrats see him as an issue leading up to the midterms. 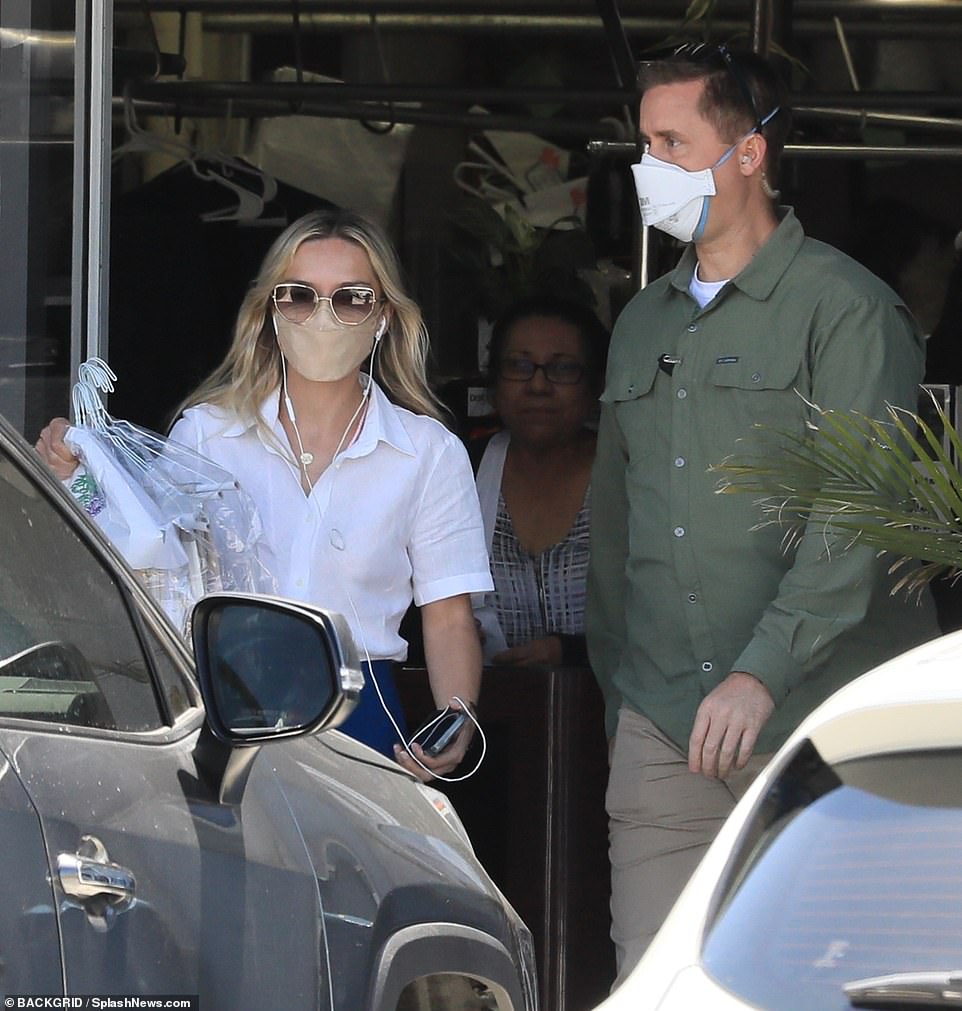 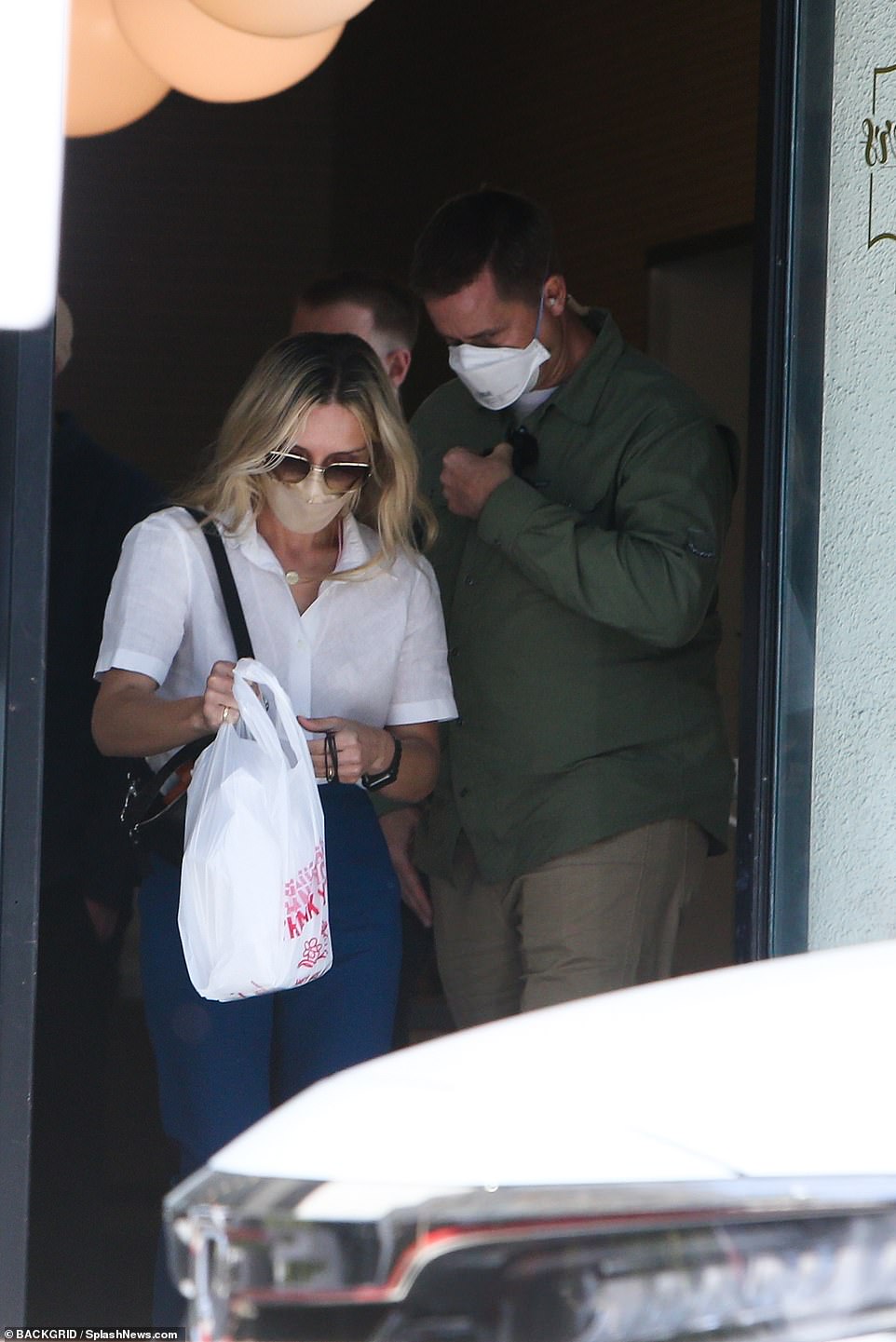 Cohen recently enjoyed a day on the beach in Rio de Janeiro, Brazil, in March. She was seen looking stunning in a red bikini 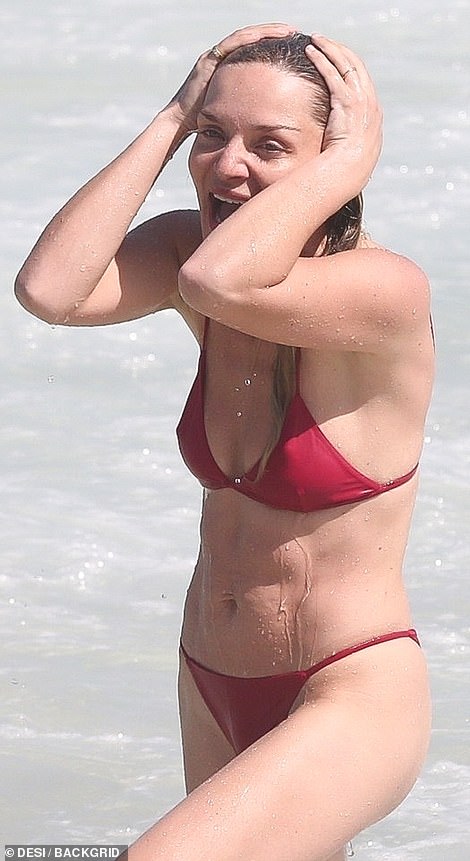 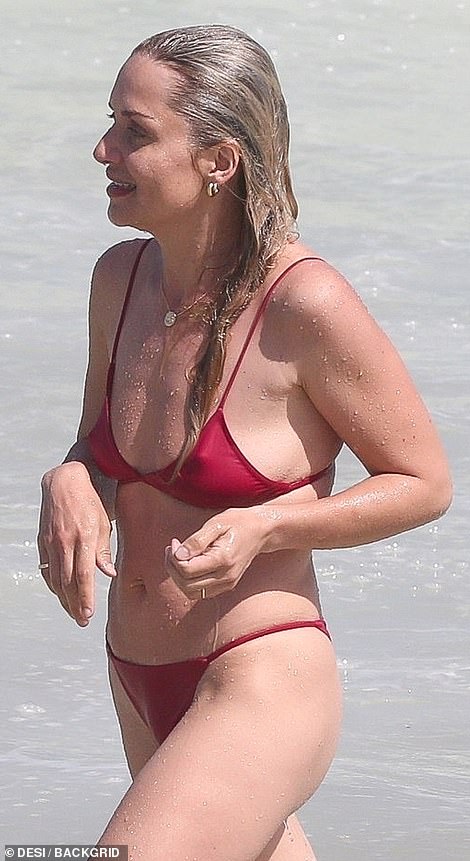 Outgoing press secretary Jen Psaki has consistently denied Biden has spoken to his son about his business deals and has referred to the Department of Justice when asked about the investigation in Delaware into tax offenses, money laundering and illegal lobbying for foreign clients.

She has also declined to answer questions on the basis he doesn’t work for the Biden administration.

Comer and his colleagues are ready to get to work as soon as they take charge of the committees, and are lining up Hunter, his business partners and potentially staff in the administration.

In an interview with DailyMail.com in his Congressional office at the Rayburn Building, Comer said: ‘The narrative all along has been that Hunter was on his own and Joe Biden had no interest or knowledge of anything that his son was doing with respect to business.

‘I think what we’re seeing now is that’s completely not true.’

Meanwhile John Paul Mac Isaac, owner of The Mac Shop, said the President’s son appeared reeking of alcohol at his now-shuttered Wilmington store just before closing on a Friday in April 2019.

Biden wanted Isaac to recover data off of three MacBook laptops that had suffered liquid damage, the computer store owner recalled in his upcoming book American Injustice: My Battle to Expose the Truth.

Psaki defends non-violent protests but calls out violence and 'vandalism'