Candy cane crisis! Diminished peppermint production in the U.S. and supply chain issues fueled by COVID cause shortage ahead of the holidays

By Alastair Talbot For Dailymail.Com

The decline in yearly peppermint production, fueled by COVID, has caused a candy cane shortage across the U.S. ahead of the holiday season.

As the world reaches the two-year mark of the COVID-19 pandemic, more items are becoming harder to find due to global supply chain disruptions, such as congestion at ports and shortages of truck drivers and service workers.

Peppermint is just one of many items made especially for the holiday season, along with gingerbread houses and trees ornaments, that will be affected this year.

Economy Candy, a store that specializes in candy canes has never experienced a shortage since its opening year in 1937. Owner Mitchell Cohen said his store would sell more than 12,000 candy canes on average before running out of stock a couple of days ago, as it is already feeling the effects of the pandemic.

‘We only received half of our candy cane order for the holiday season and sold out almost immediately. We currently have zero in stock,’ he told the New York Post. Raw material and ingredient shortages globally have had quite an impact.’

Peppermint production in the U.S. has also diminished by almost 25 percent over the last ten years, according to the US Department of Agriculture (USDA). 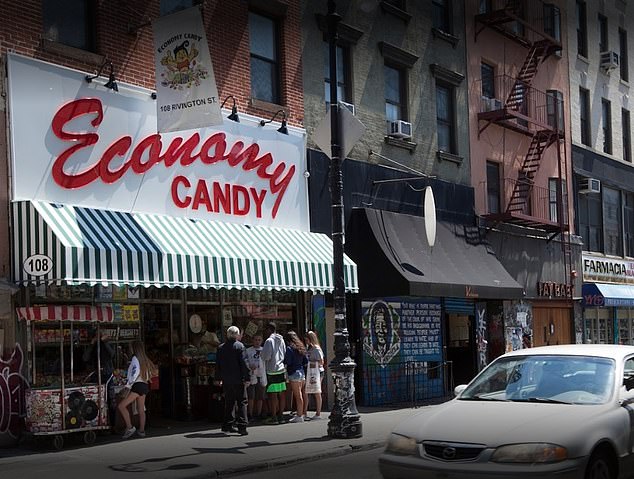 Economy Candy is facing its first peppermint-flavored candy cane shortage since its opening year in 1937. Owner Mitchell Cohen said the store would sell more than 12,000 candy canes on average before running out of stock. 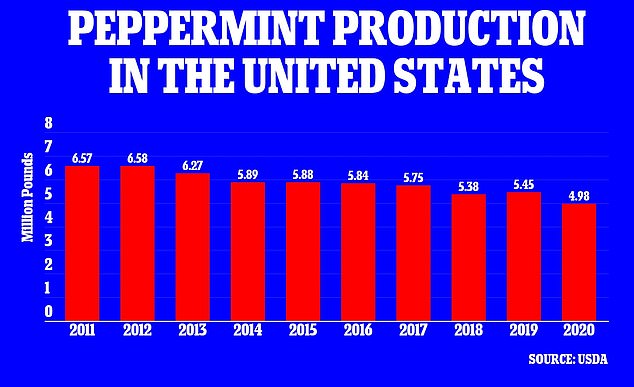 Production from peppermint crops the U.S. has diminished by almost 25 percent over the last ten years, according to the US Department of Agriculture (USDA)

A survey of retail stores across the Big Apple found a contrast in answers relating to stock: some armed with a great deal of candy canes, while others struggle to keep hold of enough cane-shaped stick candies.

A low supply of tree ornaments has also been reported. 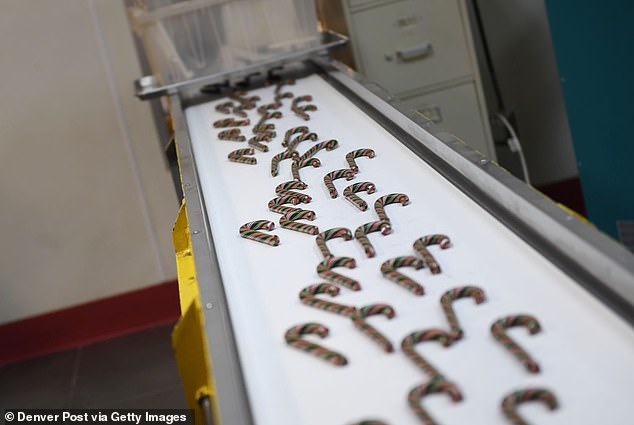 Often associated with Christmastide, as well as St Nicholas Day, candy canes are traditionally white with red, sometimes green, and flavored with peppermint

‘I can’t find candy canes anywhere,’ lamented a blogger at New Jersey radio station WOBM. ‘And, it’s not like boxes are empty. There are no boxes.’

Tamara Keefe, owner of Clementine’s Naughty and Nice Creamery in St. Louis, Missouri, has also been affected by the shortage. The peppermint-flavored ice cream at her shop is the second most picked flavor among customers.

‘It’s a supply and demand, right? There’s a finite amount available,’ Keefe told KSDK. Before making what Oprah Winfrey once called ‘sexiest ice cream alive,’ Keefe had been in worked in the food industry for years, where she learned a lot about supply chain issues that are now worse in 2021.

‘Just because the world opened up again, that doesn’t mean that all of the raw ingredients and all the supply chain and everything had ingredients, things ready to go,’ she said. ‘We’re going to be seeing these shortages actually going into 2022, 2023 as people are just now getting caught up on production.’