Los Angeles County schools lost over 92,000 in-person school days during a period of just over one month in the fall due to quarantine rules, a CDC study found.

That number, however, could have been higher if some of the schools did not implement a testing strategy for exposed students that prevented them from sending home classrooms full of students, according to the study released on Friday.

Those schools implemented a Test to Stay program that allowed students who are exposed to COVID to stay in school as long as they wear a mask, undergo two COVID tests per week and quarantine while they are not in school.

They must also remain asymptomatic to return to class.

Schools that implemented the strategy, the Centers for Disease Control found, had fewer cases of transmission between students and were able to keep students in the classroom more often. 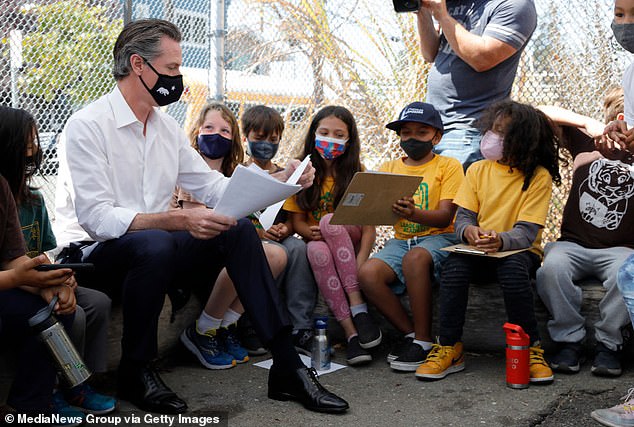 Los Angeles County schools lost over 92,000 days of in-person learning due to strict quarantine rules from September 20 to October 31, according to a study from the Centers for Disease Control. California Gov. Gavin Newsom, left, is seen here talking to students while visiting Melrose Leadership Academy in Oakland in September

According to the study, the Los Angeles County Department of Health implemented a Test to Stay strategy from September 20 to October 31.

Of the county’s 78 school districts, about half of them allowed their schools to implement the practice, and just 21 percent used it. 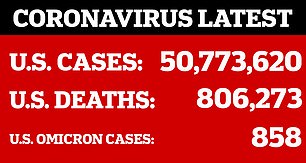 In total, 432 out of the 2,067 schools within the county used the Test to Stay strategy, and after they implemented it, the CDC study found, ‘no tertiary transmission was identified.’

The 1,635 schools that did not implement the policy, meanwhile, lost a total of 92,455 in-person school days during the September 20 to October 31 period when students were in quarantine.

But no in-person instruction was lost for quarantined students who were in schools that used the Test to Stay strategy. 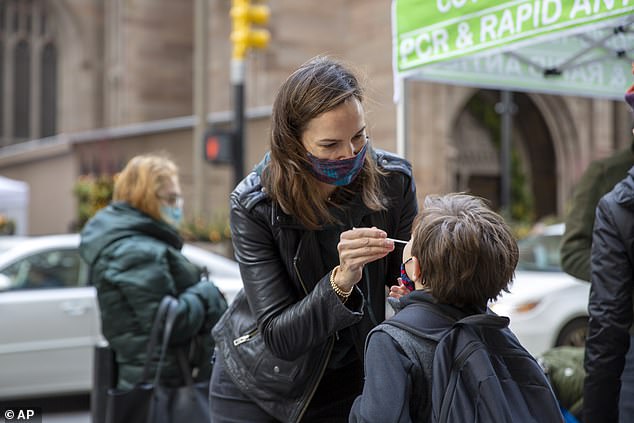 Katie Lucey administered a COVID test on her son, Maguire, in New York on December 16, as the CDC started recommending testing students who were exposed to COVID to keep them in schools

The CDC study released on Friday shows that the schools that implemented a Test to Stay had a 0.7 percent risk of spreading the virus amongst students, whereas those that didn’t had a 1.3 percent risk, as the positivity rate declined

‘TTS does not appear to increase transmission risk in public schools and might greatly reduce loss of in-person school days,’ the agency concluded in its study, though it noted: ‘Implementation requires resources that might be currently unavailable to some schools.’

And in a press release about the study, the CDC said the testing strategy is a ‘valuable tool in a layered prevention strategy that includes promoting vaccination of eligible students and staff, requiring everyone age 2 and older wear a mask inside schools and facilities, keeping at least three feet of distance between students, screening testing, ventilation, handwashing and staying home when sick.’ 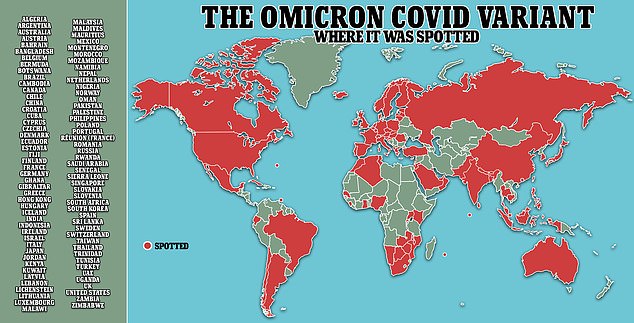 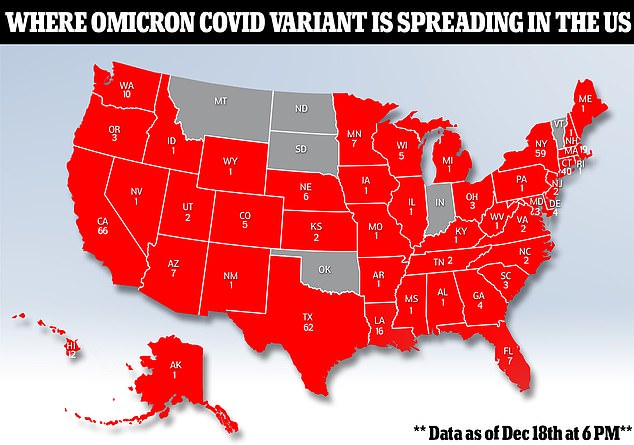 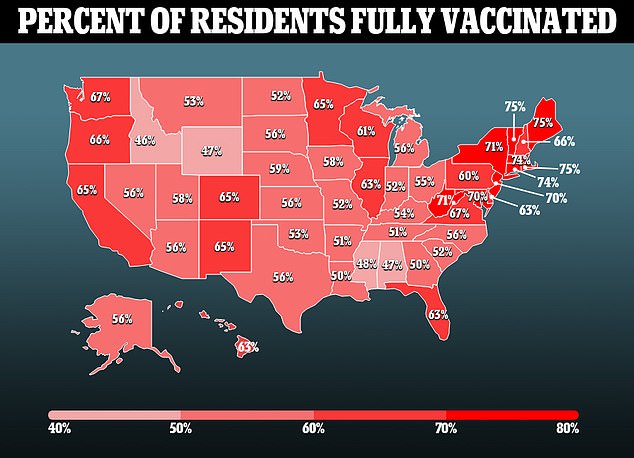 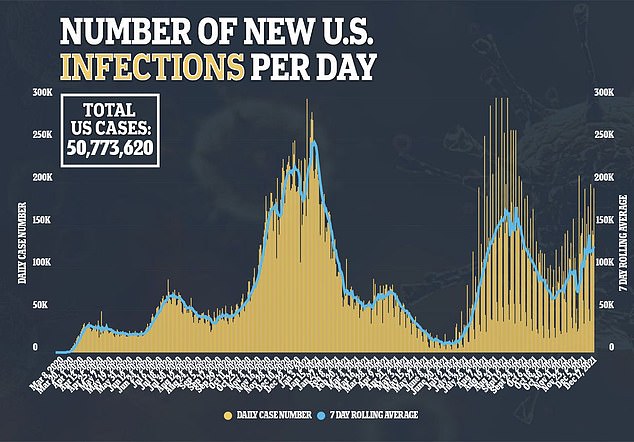 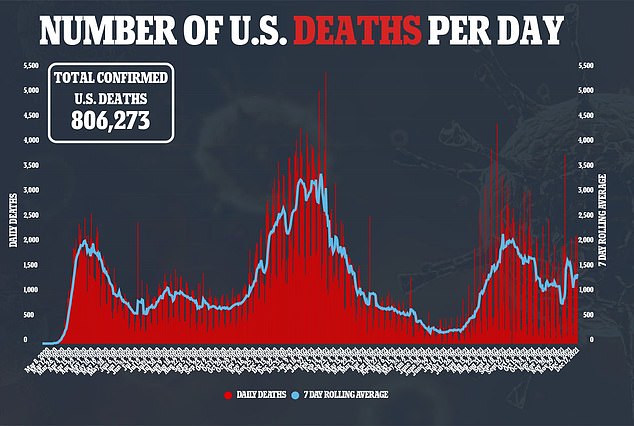 Los Angeles County is now seeing a seven-day average positivity rate of 1.18 percent, with 3,730 new cases reported on Saturday as the omicron variant of the virus continues to spread, according to data from the county Department of Public Health.

Meanwhile, 77.2 percent of all Americans ages five and older have had at least one vaccine, and 61.4 percent are fully vaccinated.