The streets of downtown Chicago descended into chaos on Wednesday evening as hordes of teens and juveniles flooded the streets in a flash-party organized on social media.

Alderman Michele Smith, of Chicago’s 43rd ward, said in a statement that about 400 individuals – mostly consisting of juveniles and young adults – took over the streets in the vicinity of North Avenue Beach.

‘This promoted event was un-permitted by the City and the Park District,’ Smith said in a statement on Thursday, ‘Police received advance warning of the event and placed extensive resources at every entrance to the beach, including the pedestrian bridge.’ 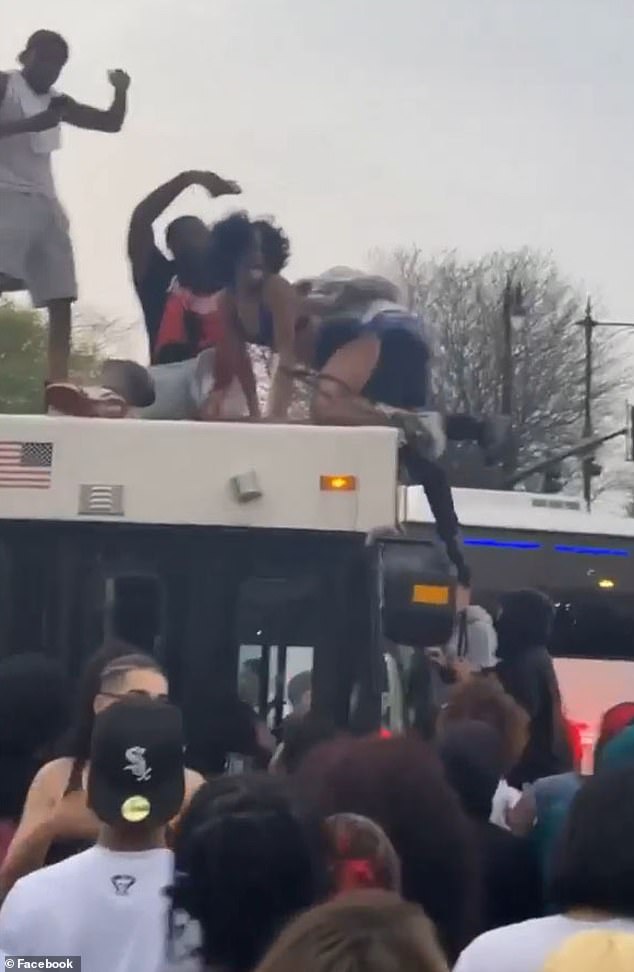 Rowdy youths mobbed the streets of downtown Chicago on Wednesday night, climbing on top of cars and twerking on public transit buses (above)

Footage from the night shows rowdy youths running through the streets of Chicago, dancing and even climbing on top of cars and public transit buses.

At one point the mayhem reached within a block of Illinois Governor J.B. Pritzker’s mansion, prompting police to block off the area with snow plows.

The night was organized through a digital-brochure that was circulated on social media.

The brochure is titled ‘North Ave Beach Takeover,’ and advertises a ‘drinking contest,’ ‘twerking contest,’ ‘boxing gloves,’ and a ‘camera man in attendance.’ It is unclear whether any of those events occurred.

According to the brochure, the event was organized by ‘Reddy Ent’ and ‘Teambreezy.’ 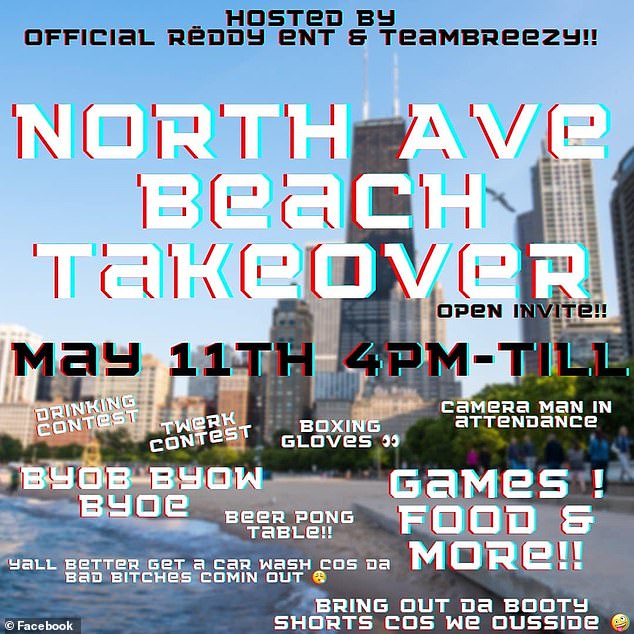 The event was publicized by this brochure which circulated on social media. It claims that the event was ‘hosted’ by ‘Reddy Ent and Teambreezy’

Reddy Ent is a self described ‘party entertainment service,’ according to its Instagram.

Chicago police confiscated a ‘significant amount’ of alcohol over the course of the night, but that the event was ended safely.

‘No one was hurt, and very few arrests were necessary,’ Smith said. She added that the attendees ranged between 14 and 21 years old.

‘Police responded to a crowd of youths which were dispersed from the beach and monitored as they left the area,’ Chicago PD told Fox News Digital, ‘one arrest [was made] for open alcohol on the public way.’ 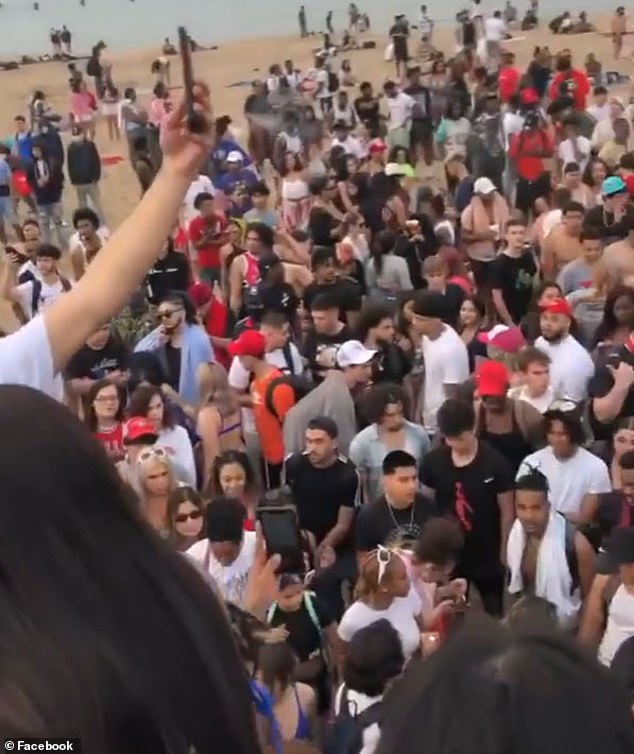 Youths on North Avenue Beach on Wednesday night. Former CEO of Chicago Public Schools and budget director of the city, Paul Vallas blamed the mayor and Chicago PD for the night

Former CEO of Chicago Public Schools and budget director of the city, Paul Vallas, posted a video from the night on Twitter and decried the scenes of ‘absolute chaos.’

‘Tonight downtown is in absolute chaos. Juveniles jumping on top of buses, cars, terrorizing residents, tourists & businesses,’ he wrote in the post. ‘These mass groups fought CPD & only minimal arrests were made. Why? Because CPD isn’t allowed to, they have no plan & they didn’t have enough manpower.’

At the end of April, Chicago PD said that there had been 556 carjackings in 2022, and that 56% percent of them had been committed by youths, according to Fox 32 Chicago.

In an op-ed in the Chicago Tribune on May 9, Vallas blamed Chicago Mayor Lori Lightfoot and Police Chief David Brown’s ‘closure of the city’s Juvenile Intervention and Support Center’ for the staggering rise in juvenile crime.

‘Because juveniles have been so heavily involved in recent lawlessness, procedures for managing young arrestees could also use some reform,’ Vallas wrote.

Woman opens up about living with TWO vaginas and TWO uteruses