Apple sells iPhone phones in many countries around the world, so it changes some small pieces of hardware to suit the laws of these countries.

Therefore, the specifications and components of your iPhone may differ from the iPhone phones sold in the United States or China, for example.

But some people like to know the country of origin of their phones, especially if they are interested in buying used or imported phones.

Steps to know the country of manufacture of the iPhone

You can find out the country of manufacture of your phone by going to the phone’s settings application, and then choosing General information.

Then go to the information about your device, and you should note the model number on your phone, which is different from the secret phone number. 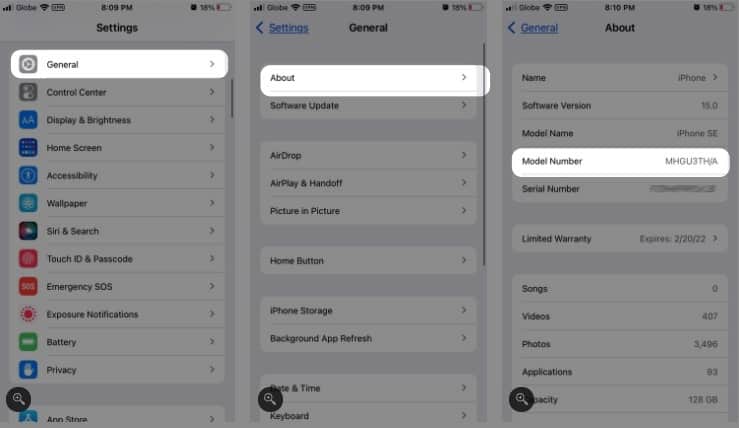 Specifically, the first two letters in the model number, as these two letters stand for the country of manufacture of the phone, and you can find out the code for these countries by going to next site

And then you start searching for your phone model code, your phone starts with the code AB, it means it was made for Middle East countries.

Some countries are distinguished by placing harsh conditions on used phones sold in them, especially those phones officially sold by Apple.

Japan in particular has the advantage of being one of the most stringent countries on phones sold in it, so you find that all of their phones are of high quality.

Warranty terms on some devices also differ depending on the country of origin, if you live in a Middle Eastern country.

The company will not accept warranty on phones sold in countries such as Japan and Hong Kong, and in some cases the warranty is international.

Therefore, you should pay attention to the country and type of warranty for the phone you are buying, especially if it is a used phone.

Some Samsung phones get RAM Plus feature

Featured Posts
The Trilogy – The Definitive Edition
4 mins ago

The Power of the Dog movie review
14 mins ago