Your Mac’s Settings app is filled with tons of icons that lead to choices that you might not use often.

This is because most users don’t like messing with settings that they don’t need much.

And you can customize and hide the settings icons that you don’t use and don’t need on Mac via the following method.

You can arrange the Mac settings icons via the display menu, to make the icons sort alphabetically or by category.

Via the display menu, you can also choose which icons you want to appear in the Settings app.

You can do this by clicking on the Apple icon in the top bar and then choosing System Settings.

When you open the System Settings app, click on the View menu on the top bar and choose Customize Icons.

After that, a group of marks appears in front of all the settings icons, remove the mark in front of the icon you want to hide.

When you are finished, press OK until the icons you do not want to appear in the application will disappear. 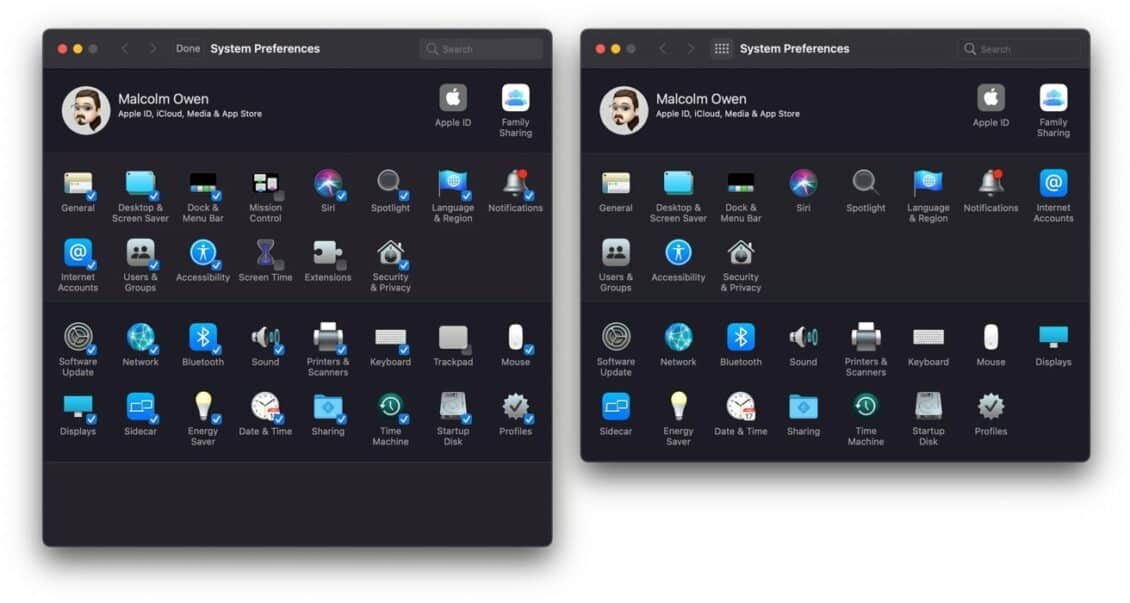 And you can change the way the icons are displayed by clicking on the arrangement of icons by category or by name, and you can also search in the application easily through this list.

The settings are not completely removed from your computer, you can put them back again by pressing Restore Previous Steps.

Also Read: How to Leave a Message on MacBook Lock Screen

Apple announced its conference on September 14, and everyone expects Apple to announce new MacBooks at this conference.

Apple may launch new M1x computers, which are based on the advanced chip from Apple instead of Intel processors.

Apple is also releasing its new Monterey system for all supported Mac computers at the conference on September 14th.

In addition to the new iOS 15 and iPadOS 15, Apple is also expected to launch the new iPhone 13 in its various sizes.

Phone release dates and availability for purchase in different countries may vary depending on Apple’s policy.

But most likely, the phones will be available for purchase by the end of September in all Apple official outlets.

Read also: How to skip Tik Tok clips and replay the clip

Diablo 2: Resurrected video highlights another type of character, the Necromancer

We’ll be getting new details on the Monster Hunter Rise: Sunbreak expansion this month
23 mins ago

Get alerted when away from Apple devices
41 mins ago