Nick Cave’s eldest son Jethro Lazenby has died aged 30, and is musician’s second son to have died, following his ‘strained’ relationship with his father, and poor mental health.

It comes seven years after the star’s 15-year-old son Arthur fell to his death from a cliff in Brighton.

Jethro was born to his Melbourne-based model mother Beau Lazenby in 1991, just 10 days before Cave’s second son Luke was born.

His mother, Beau, was in a relationship with Cave at the time. And he himself largely worked as a model, while also taking on a number of acting roles. 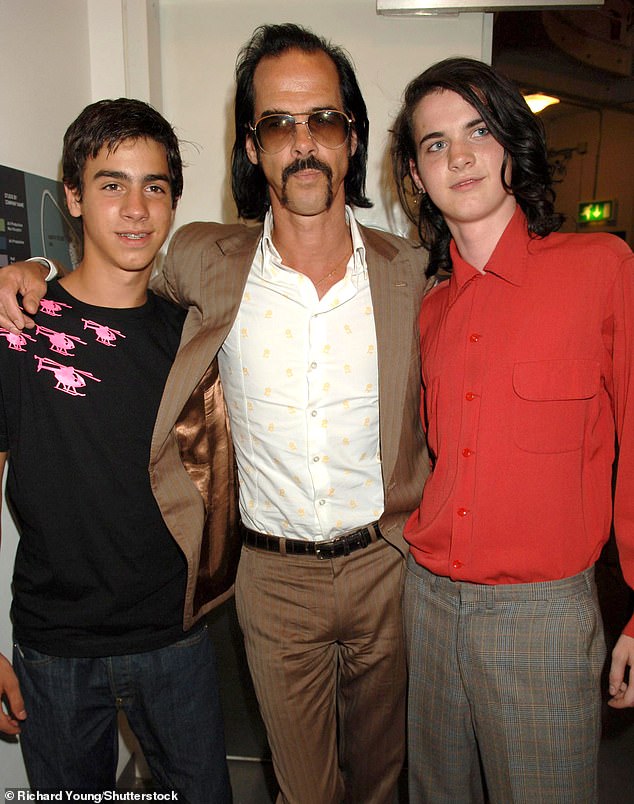 Nick Cave (centre) with his sons Luke (left) and Jethro (right), who were born within 10 days of each other to different mothers 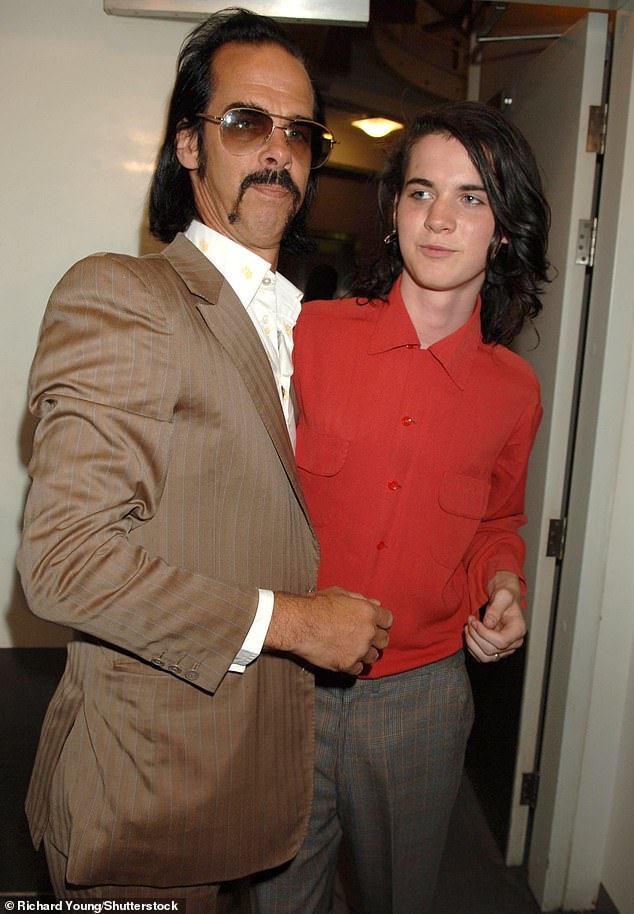 Nick Cave today confirmed the death of his son, Jethro Lazenby, who he is seen with in 2006. He said: ‘With much sadness, I can confirm that my son, Jethro, has passed away. We would be grateful for family privacy at this time’

Despite using his father’s name to drive his own modelling career, Jethro, who lived in Melbourne, has said in the past he didn’t meet Cave until he was seven.

In 2012, Lazenby told the Evening Standard that his relationship with his father was strained, and that he did not meet his father until be was ‘about seven, eight’ years old.

During his modelling career, Jethro moved to the UK and worked for Balenciaga and and Versace, before moving back to Australia.

Jethro had roles in 2007 film Corroboree and 2011’s My Little Princess — starring Isabelle Huppert — but suffered from personal problems for some years after struggling with his mental health. 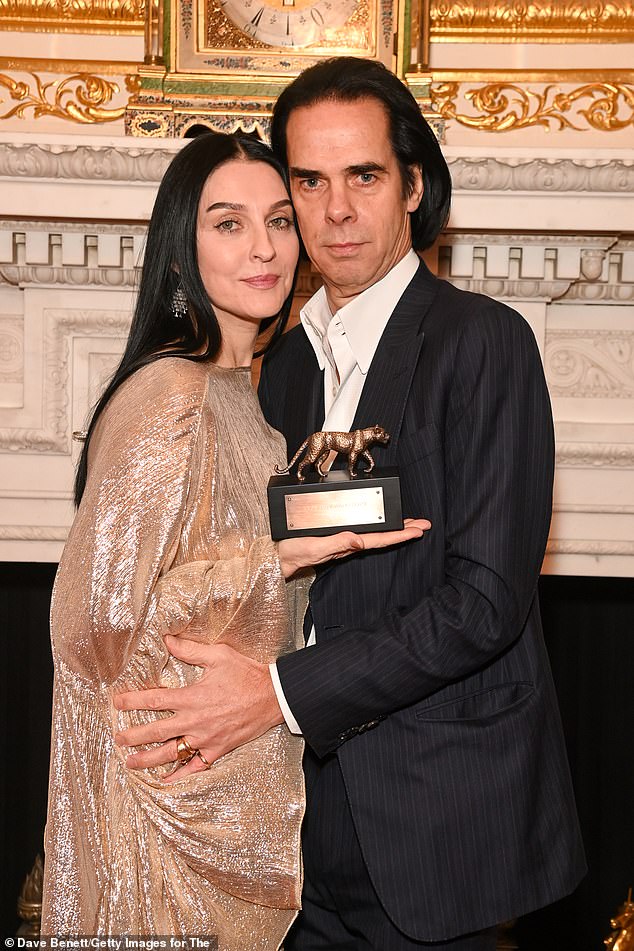 Susie Cave and Nick Cave. The pair married in 1991 and had twins Earl and Arthur. Arthur died aged 15 after falling off cliff in Ovingdean, near Brighton 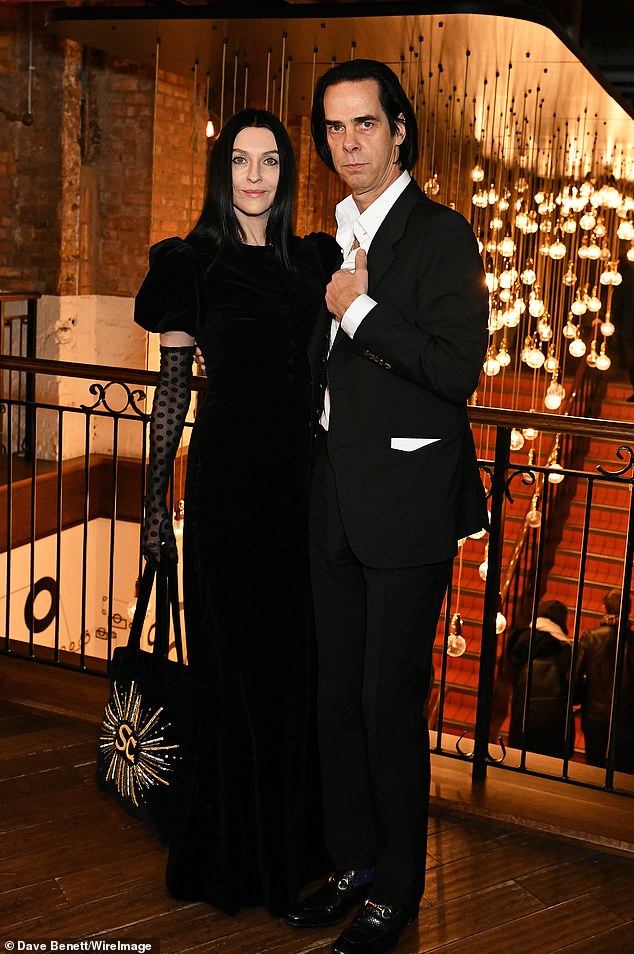 Cave with his wife, Susie, at the UK Premiere of ‘True History Of The Kelly Gang’ at the Picturehouse Central on February 17, 2020 in London

He was released from prison on bail two days before he died, having been jailed for kneeing his mother in the face during a row over cigarettes in March — leaving her ‘bruised and bleeding’.

Jethro’s lawyer, Sean Ghattas, said he had been diagnosed with schizophrenia and that affected his judgement.

A magistrate ordered he undergo substance abuse treatment and avoid contact with her for two years.

In 2018, he was previously convicted of assault against his girlfriend at the time.

‘With much sadness, I can confirm that my son, Jethro, has passed away,’ Cave said in a statement this afternoon. ‘We would be grateful for family privacy at this time.’

Australian singer Cave, best known as the frontman of Nick Cave and the Bad Seeds, was first struck by tragedy in July 2015 when Arthur fell 60ft to his death from a cliff in Ovingdean, near Brighton.

The 15-year-old, described by his family as a ‘beautiful, happy, loving boy’, had been taking the hallucinogenic drug LSD, an inquest later heard. 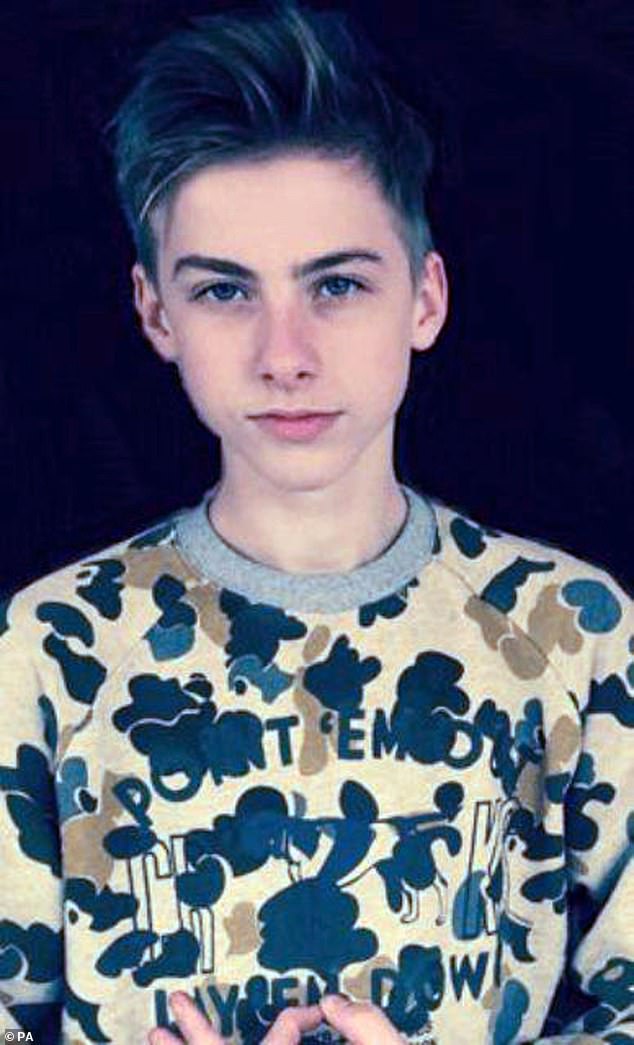 In the wake of Arthur’s (pictured) death, Cave and his wife, Susie, relocated from Brighton to Los Angeles before returning to England 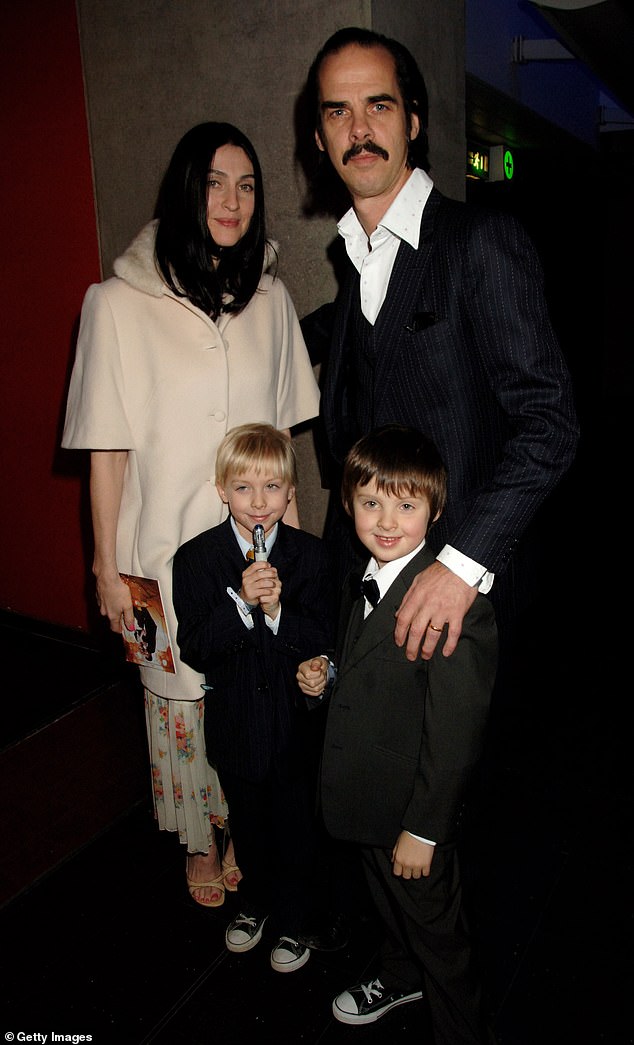 Nick Cave, wife Susie and their twin sons Arthur and Earl attend the gala screening of Doctor Who in 2007 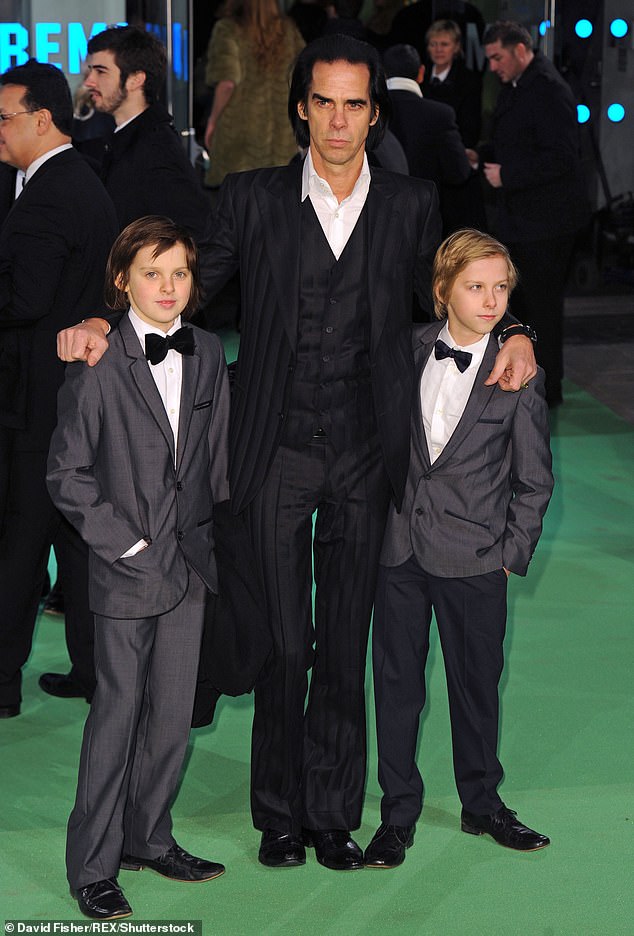 In the wake of Arthur’s death, Cave and his wife, Susie, relocated from Brighton to Los Angeles before returning to England.

Last year, the rocker was asked on fan Q&A site Red Hand Files why he had decided to move away from Brighton.

In response, the star spoke of his Bad Seeds track Heart That Kills You, which he said was ‘clearly written’ while he was grieving for Arthur.

‘The words of the song go someway toward articulating why Susie [his wife] and I moved from Brighton to L.A.,’ Cave explained. ‘Brighton had just become too sad.

‘We did, however, return once we realised that, regardless of where we lived, we just took our sadness with us.

‘These days, though, we spend much of our time in London, in a tiny, secret, pink house, where we are mostly happy.’

Cave has two other sons, Luke, 30, from his first marriage to Brazilian journalist Viviane Carneiro, and Earl, 21, from his marriage to Susie Bick, who he wed in 1991.

His son Earl, Arthur’s twin, is an actor and has starred in The End of the F***ing World, television series Alex Rider and The School for Good and Evil. 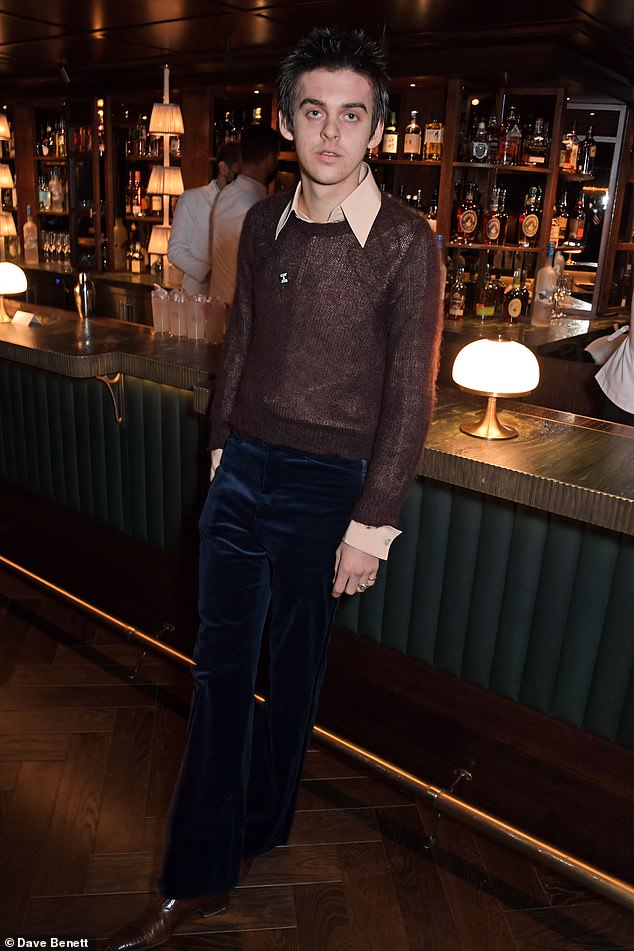 Cave’s son Earl, Arthur’s twin, is an actor and has starred in The End of the F***ing World, television series Alex Rider and The School for Good and Evil

Texas looks to ban residents from leaving the state for abortions, NY looks to expand access