Hong Kong sees lowest ever turnout of just 30% in mock election: Pro-China candidates swept to victory after Beijing ensures only ‘patriots’ can run the city

Pro-China candidates came to power in Hong Kong’s elections even as turnout fell to its lowest level in more than two decades after opposition politicians were largely barred from running.

Under the new laws imposed by Beijing, most lawmakers were appointed immediately after scrutiny by a largely pro-China committee to ensure they were “patriotic.”

Only 20 of the city’s 90 politicians were elected, having also been vetted. 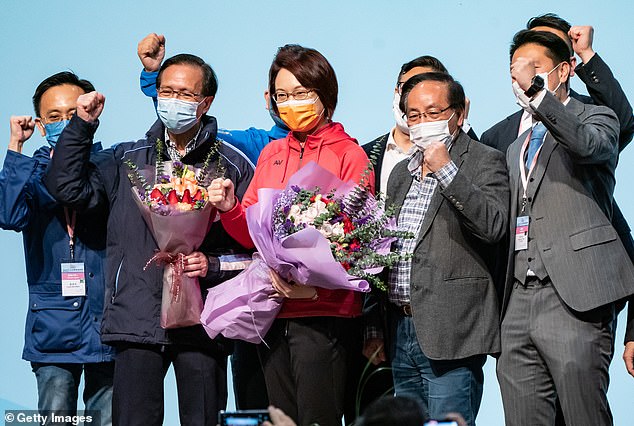 Pro-China politicians came to power in Hong Kong elections, which were dubbed ‘sham’ after Beijing passed new laws meaning all candidates must be screened for ‘patriotism’. 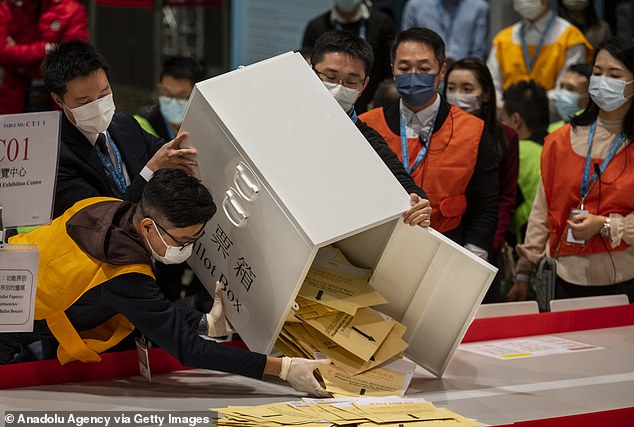 Voter turnout has fallen to just 30 per cent, its lowest level since the 1997 handover of power from Britain, even though more than 90 per cent of voters have registered to vote.

Despite this, city leader Carrie Lam said she was “satisfied” with the election and that if people chose not to vote, it was a matter for them.

She said the number of registered voters was 92.5 percent, a record number compared to the 2012 and 2016 elections in which about 70 percent of voters registered.

“For registered voters, deciding whether they want to exercise their voting rights in a particular election is entirely up to them,” she said.

In this election, 1.35 million voters cast their ballots. Not only did they return the candidates of their choice to LegCo [the city’s parliament]”I think it was also because of their support for improving the electoral system,” Lamm said, referring to the city’s legislature.

Under the new laws, the number of directly elected legislators was reduced from 35 to 20, even as the legislature was expanded from 70 to 90 seats.

Most lawmakers have been appointed by largely pro-Beijing bodies, ensuring that they make up a majority of the legislature. Despite the low turnout, city leader Carrie Lam said she was “satisfied” with the vote and that – if people chose not to vote – they were free to do so.

All candidates were also vetted by a largely pro-Beijing committee before they were nominated.

Lam said that even if there is a high turnout on the basis of “bad politics”, such as political polarization during the period of political conflict in 2019, it is “not something we should be happy to have”.

The election was criticized by the opposition camp, in which the largest pro-democracy party, the Democratic Party, did not field candidates for the first time since the handover of power in 1997.

Lamm said she expects work with the 90 lawmakers to continue to be “very exciting” because they have differing opinions on many social issues.

Lam is expected to travel to Beijing later on Monday for an official reporting trip, which she says will give a full report to Beijing on the latest political and economic situation in Hong Kong.

“I expect to cover a wide range of issues on this working visit, because with two very decisive actions by the central authorities, Hong Kong is now back on the right track of ‘one country, two systems’,” she said.