Nowadays, I hear young people talking about “making memories,” creating special moments to keep for years to come. Well, I’ve been doing this my whole life, but with a difference.

I kept all my memories together, stored in boxes in the basement. I have a large room full of them – over 100 boxes in total, stacked in 8-foot-high piles and arranged in chronological order. This Christmas I will be packing two more boxes, full of my memories of 2021.

These boxes represent all my yesterday. What is inside them? everything. School reports, bus tickets, wedding cake wedges wrapped in tissue paper, Christmas cracker puzzles, old menus, old newspapers (the day Kennedy was murdered in 1963, the day Diana died in 1997, the day Linda Lee Potter first met me The Daily Mail in 1975!).

Old theater programs (starting with Frankie Howerd’s Bottom in A Midsummer Night’s Dream at the Old Vic in 1957), First Sooty (it’s a bit tacky now), toys and trivia, bits and pieces of every kind.

When the Berlin Wall collapsed in 1989, my wife and I took our kids to Berlin for the weekend and he helped us get rid of it. Yes, there’s a bit of the Berlin Wall in my boxes – and a Margaret Thatcher Christmas card. 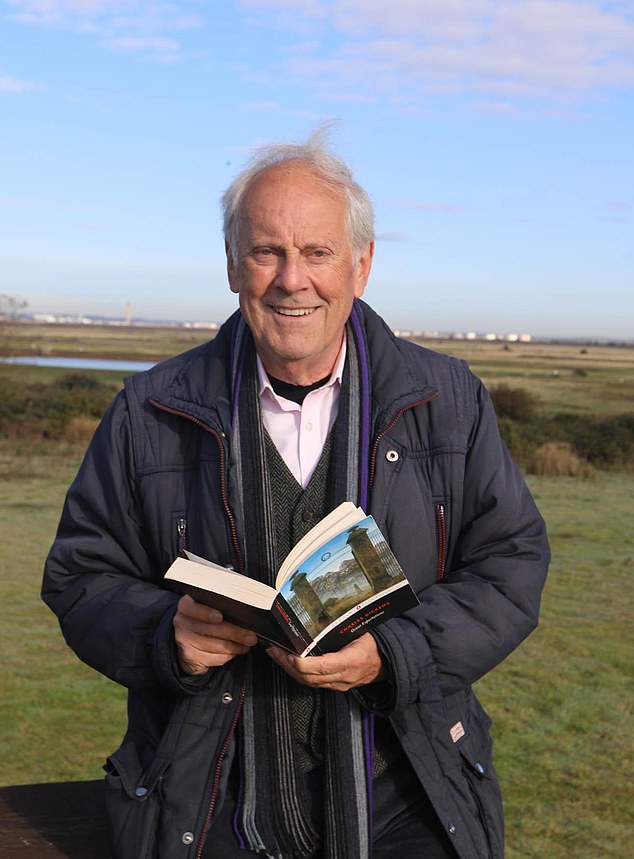 I kept all my memories together, stored in boxes in the basement. I have a large room full of them – over 100 boxes in total, stacked in 8-foot-high piles and arranged in chronological order. This Christmas I will be packing two more boxes, full of my memories of 2021

These are things from my life packed into cardboard boxes, from my little teeth (which my lovable mother kept in cotton wool in her matchbox) to a lock of hair my last teenage friend sent me in June 1968.

It was a bittersweet reminder of our breakup and it arrived in the mail the same day I ran into another girl—the one who, 53 years later, was my long-suffering wife, Michelle.

I was a romantic teen and kept every love letter I ever sent any girl. There are hundreds in my collection – all kept in Foolscape ring folders, with colored paper dividers separating one girl from another.

When I was writing my autobiography recently, I reached out to one of these girls and asked if she had kept any of my letters to her. “Sorry, Giles,” she said, “I kicked them all out years ago.”

I’ve been able to keep my life as a hoarder very secret until now. But the truth is clear: I can’t get rid of anything. I know that most of it is rubbish.

Who needs a Paris metro map from 1959? But for me all this is precious. I kept the Rollo wrap for a reason. I particularly appreciate the Yellowing Certificate from the Broadstairs and St. Peter Urban Council Recreation Department: “Ten-year-old Giles Brandreth was placed first in the Children’s Talent Competition held at Broadstairs Bandstand on July 18, 1958.”

For me, Memory Box is a living diary. It’s a personal time capsule. In this year’s box, I’ll put the card they gave me when I got my first Covid jab dose (date: 03/31/21; vaccine: Pfizer; batch number: EN1185), just as I kept the plastic identification tags for everyone my kids had strapped around their ankles. when they were born.

Birth, life and death, they are all there. Since the ’70s, when I was in my twenties and my contemporaries were getting married, I’ve received a lot of printed wedding invitations. These days, I find that I keep a lot of service papers from friends’ funerals.

Not that I plan to sell any, but I think some of what I’ve kept might bring some pop on eBay. As a boy, I was influenced by the stars and wrote fan letters to my heroes. Amazingly, they answered. Dig deep into my memory boxes and you will find letters from people as diverse as Sir Laurence Olivier, Harold Macmillan and Malcolm X. 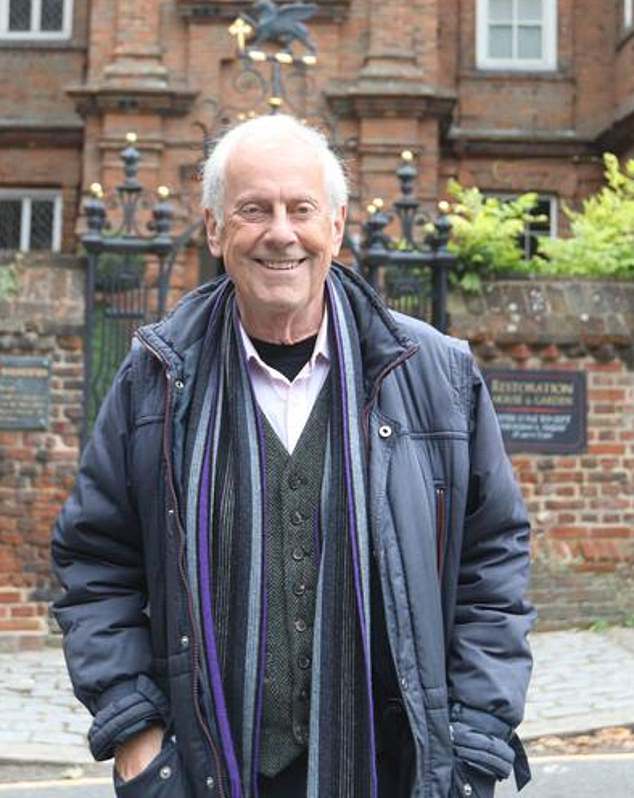 Who needs a Paris metro map from 1959? But for me all this is precious. I saved the Rollo wrap for a reason

As a teenager, I wrote to the great wartime general, Field Marshal Montgomery (I found his address at the local library at Who’s Who), asking him what he believed to be the qualities a young man needed to succeed in life.

He sent me a postcard signed simply, “Montgomery El Alamein, FM” with the message:

1. Moral courage – always do what you think is right.

2. Complete Integrity – No lies, no deceit, honesty and transparency.

I’ve gotten plenty of postcards, from aunts, godparents, and poet John Bettmann, among others—and telegrams, too. I wrote to film star Sir Michael Redgrave asking him to come perform the introduction to a student production I was working on at university.

He replied by telegram: What a pleasure. Accept with great pleasure. Redgraph. 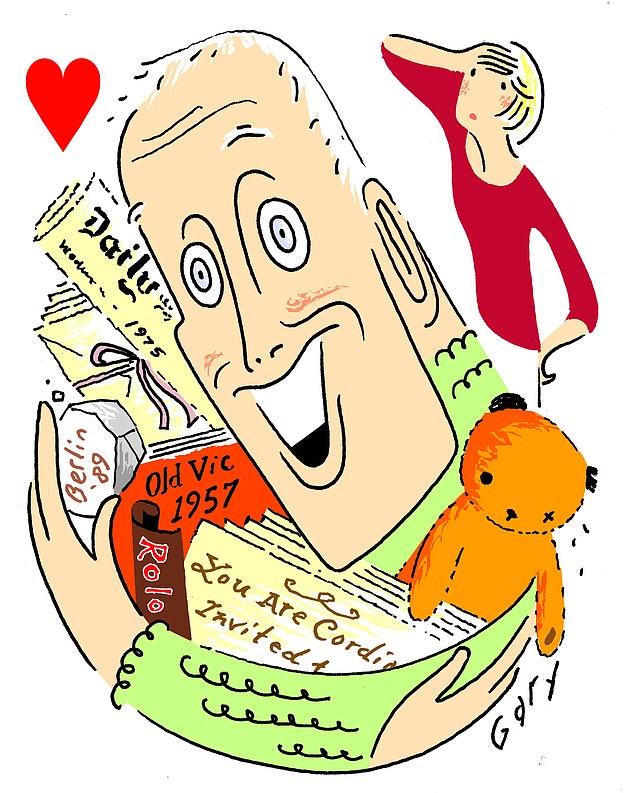 I’ve gotten plenty of postcards, from aunts, godparents, and poet John Bettmann, among others—and telegrams, too. I wrote to film star Sir Michael Redgrave asking him to come perform the introduction to a student production I was doing at university

Of course, I also kept the telegram I received telling me that I won a scholarship to go to university. (I kept all the school and university audit notes too. And the first pay slip, of course.) Where did this obsession come from? My Father. Keep everything too. Looking through his memory boxes (stored in tin boxes in the garage) I discover one of the saddest secrets of his life: his financial worries.

He kept all of his bills – from his first car (Maurice Cowley which cost £8 in 1937) and onwards – and ledgers in which he continued to rewrite the family’s accounts, in an effort to make ends meet.

My dad wasn’t as bad as another great hoarder I knew, a beautiful old actor named Richard Golden. The claim to fame was playing Mole in the original stage adaptation of Wind In The Willows in 1929. He continued to play the role almost until his death in 1981 at the age of 86.

Once (I keep a diary too, so I can tell you it was Saturday, October 6, 1973) I went to lunch with him, and when I told him how much I loved the chicken soup we were eating, he ran into the kitchen and came back waving an empty Knorr can of Swiss soup.

After lunch, he took me into the kitchen and showed me his collection of empty Knorr Swiss soup cans – dozens of them. Didn’t throw anything away. He took me upstairs in the attic room of the house (there were bare floorboards with old suitcases and cardboard boxes everywhere) and showed me the shelves where he kept every bank statement and checkbook block he had since he first opened a bank account in 1914.

A psychiatric friend told me the reason I’m doing this is because I’m trying to keep death away by holding on to my past. He says I put everything that is most important to me strictly in these boxes because I am trying to stay in control of my destiny.

He’s noticed that I also neatly arrange my bookshelves, with books arranged alphabetically by author and with my spine aligned in a straight line.

He says I am wasting my time. “Life is a mess, Giles,” he says. You cannot install it. And death is inevitable. Nothing lasts – and that includes you and your memory boxes. 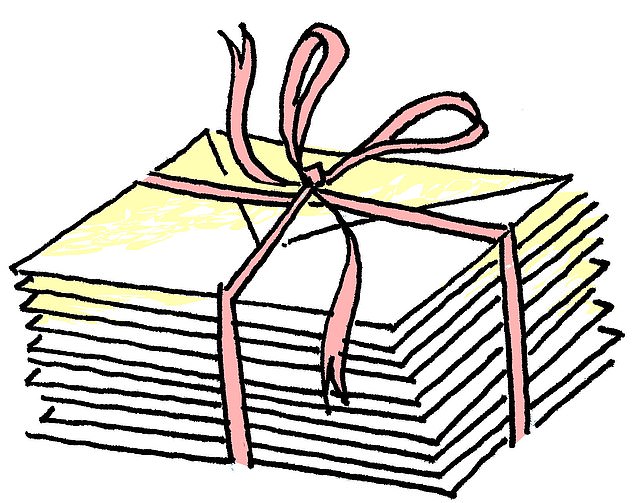 A psychiatric friend told me the reason I’m doing this is because I’m trying to keep death away by holding on to my past. He says I have meticulously put everything that matters to me in these boxes because I am trying to stay in control of my destiny

I regret to inform you that my wife is on the side of the psychiatrist. She wants the basement back. You already made me get rid of the teddy bears. Did I mention these? My gauntlet of Sooty, my Sweep and Growler, my first teddy bear, is now hidden in crates, but I gave the rest of the soft toys away.

Fortunately, I found a good home for them, in Newby Hole in North Yorkshire, a mansion designed by Christopher Wren, whose owners built a large log hut in the garden for all the old bears to live in.

I know it’s not easy to live with (my wife has told me that, more than once) and I know I occupy a lot more than my fair share of our house. Next to the room with my memories is a second room filled with my jumpsuits. I have dozens of them.

I’ve been collecting fun jumpsuits ever since I first started wearing them on TV in the ’70s.

“At least you’re wearing the shirts,” Michelle says. “But those boxes, Giles, please…”

My wife told me she got a local skipping company for speed dial and when I died she would call them before she called the boatman. I believe her. You will get rid of a lot. She says you can’t live in the past.

Of course she is right. And I don’t live in the past. I really don’t. I rarely dip into boxes. I would just like to know they are there.