Australians are officially the world’s biggest binge drinkers, but Britain and the US aren’t far behind – appearing in the top five of the latest global drug survey.

Denmark and Finland ranked second and third in the survey of more than 32,000 people from 22 countries that collected data from December 2020 to March 2021.

The data also shows that the Irish experienced the most remorse after drinking.

The survey found that the pandemic saw more experimentation with ‘small doses’ with cannabinoids, but that people, on average, were consuming less alcohol, cannabis, cocaine and LSD.

According to findings revealed this week, Australians drank an average of 27 times in 2021, double the global average of 15 times.

The survey revealed that Australians fill beer or wine glasses with wine on average two days a week.

It also found that Australians regret their intoxication 24 per cent of the occasions – compared to the global average of 21 per cent, where women are more likely to regret drunkenness than men. 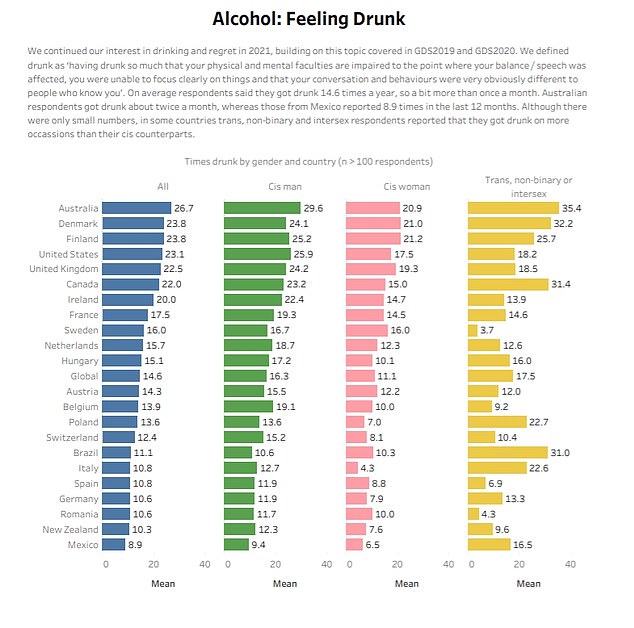 The British have joined the United States, Denmark and Finland in the top five drunken nations after Australia 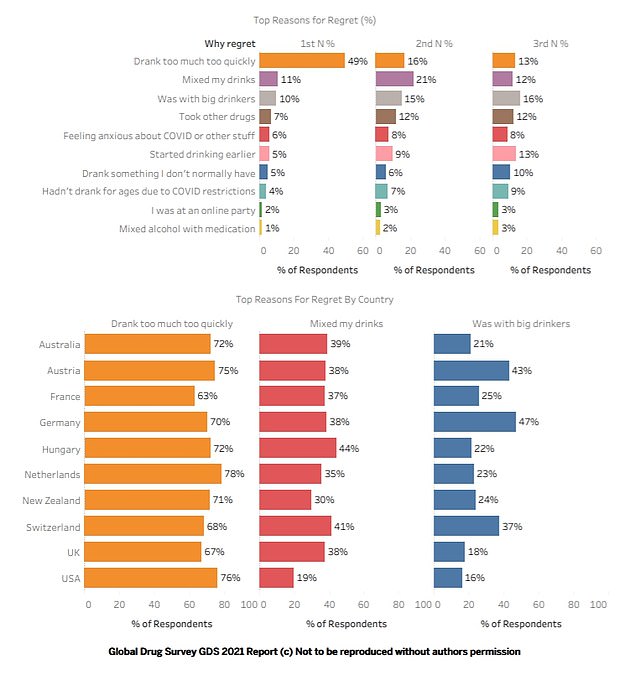 “Drinking too much too quickly” was the most common cause of regret, as claimed by nearly half of those surveyed.

But the Irish have had the most remorse after drinking wine this year, and have regretted it about a quarter of the time.

The Dane had the least regrets, and it was also the second most drunken country after Australia in 2021.

“Drinking too much too quickly” was the most common cause of regret, claimed by 49 percent of those surveyed.

Six percent said they were concerned about Covid while four percent said it was because they “haven’t ‘drinked for a long time'” due to pandemic restrictions. 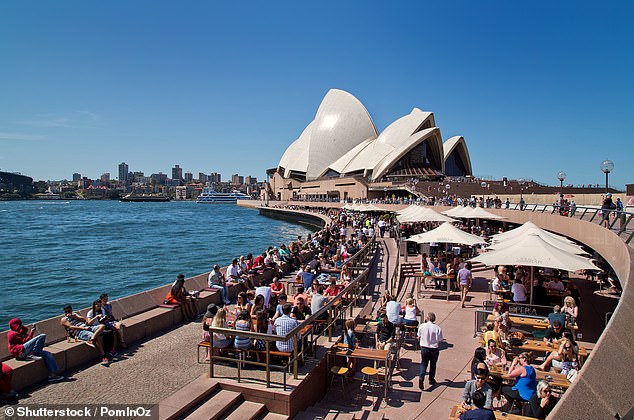 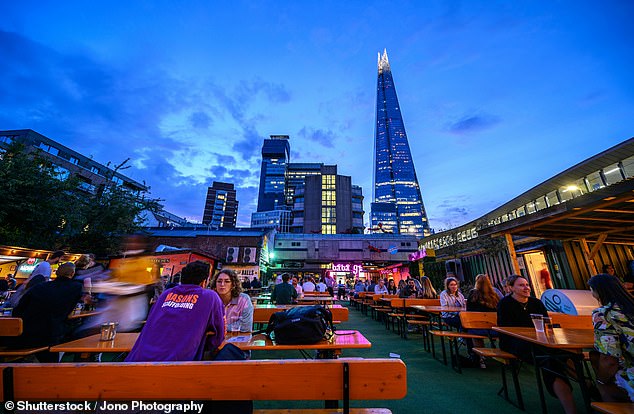 Vineyard in London. The British joined Australia, the United States, Denmark and Finland in the top five drunken nations

Two percent drank too much at a virtual party.

The British joined the United States, Denmark and Finland in the top five drunken nations after Australia.

France leads the world in the average number of drinks consumed in a year, enjoying more than 132 cups of alcoholic beverages, followed by New Zealand with 122, while Australians consume an average of 106 drinks a year.

Despite this, use of almost all drug classes declined in 2021 compared to last year’s sample.

This may be due to the advanced age in the sample group or the fact that most drugs have been used less frequently amid the epidemic, the report said. 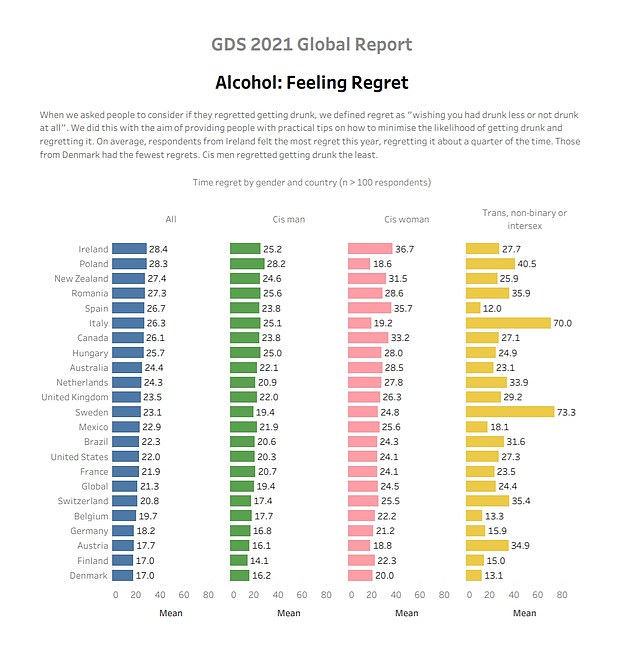 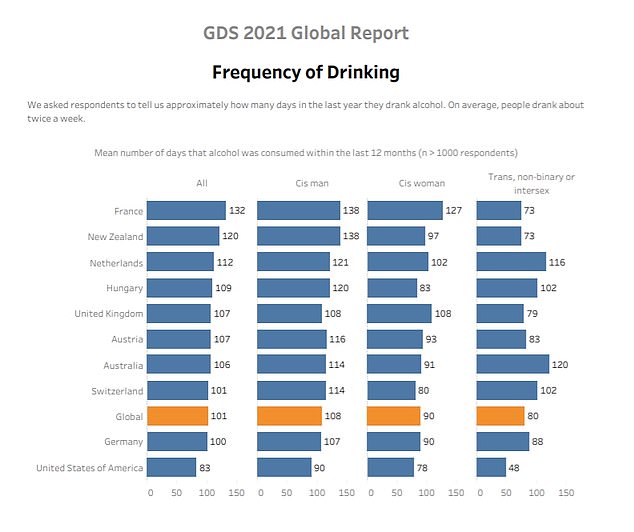 France leads the world in the average number of drinks consumed in a year, enjoying more than 132 alcoholic drinks

People are getting less drunk due to the lockdown and the rate of people seeking emergency help after taking medication has gone down for most subjects as well.

However, the report’s findings suggest that small doses, when a very small amount of a substance is taken to monitor its effects on the body, “might be on the rise among those using the drug.”

One in four of this group said they had taken minute doses of LSD or psilocybin (more commonly known as the ‘magic mushroom’) in the past 12 months.

A third of those who had taken the drug before also tried the smaller doses with MDMA, ketamine, DMT, and 1P-LSD. 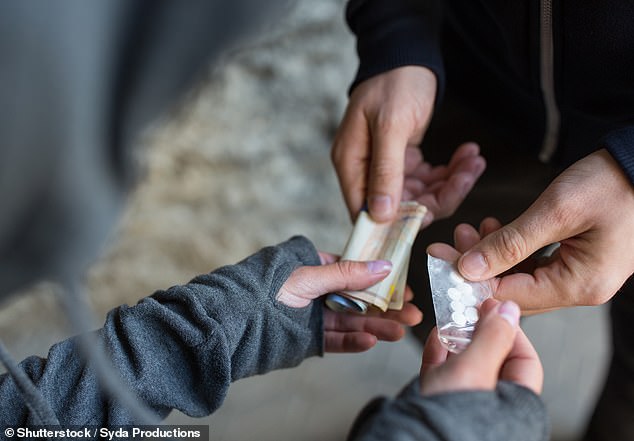 The study also found that although the epidemic may have locked us down, most people who used illicit drugs still obtained these substances themselves. 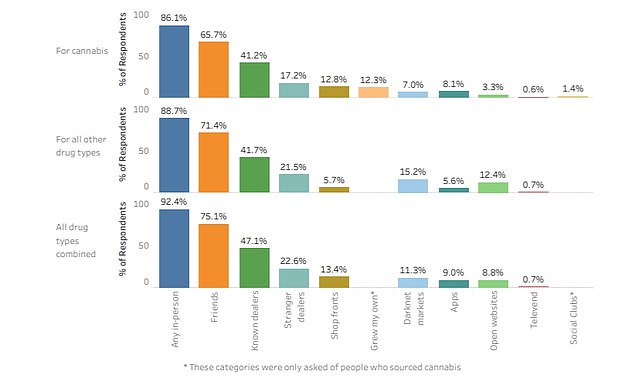 For those who used illegal drugs, most got them personally despite Covid restrictions that make this difficult for many

The study also found that although the epidemic may have locked us down, most people who used illegal drugs still obtained the substances themselves.

Wherever this happened, people were more likely to get their supplies from friends.

About 1 in 10 digital sources cited and reported dark markets for drugs other than cannabis, which were often accessed through apps.

The first question of the survey asked respondents to sum up 2020 in one word.

After translating the responses, the report stated that the “main theme was negative sentiment” towards the year, with “sh**”, “f***ed” and “challenge” dominating the general consensus.