The Facebook platform displays the posts in a horizontal form that makes the posts appear on top of each other like old newspaper, and this prompted a Japanese company to design a new screen specifically suitable for browsing Facebook and various social media platforms.

You can follow the development of the global interest in content through the evolution of screens, as computer screens began to appear in a ratio of 4:3 like the old TV.

And when HDTV technologies began to appear, screens turned into the image we know today, in a form that is slightly wider than television screens.

Most of the computer screens came with a 16:9 aspect ratio, and then the display resolution began to gradually increase until we reached 8K.

While this screen is considered the first of its kind in the field of computers, mobile phones have evolved to keep pace with the need to browse social media platforms.

Mobile phone screens are now slightly longer and with a different aspect ratio than computer and television screens, to accommodate content browsing. 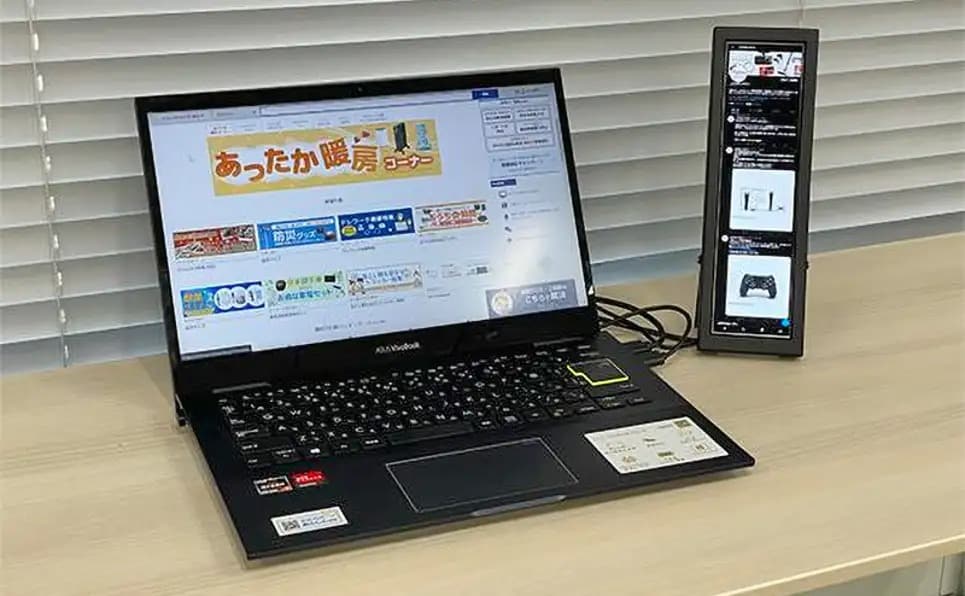 The monitor comes from the Japanese company Elsonic under the name EK-MD088 and is about 8.8 inches, which makes it not take up much space on your desk.

The screen also uses a display resolution of 420 x 1920 pixels, which means that it is slightly lower than the 1080p resolution we are used to.

And the monitor gets power via the USB C port on the back, so you can move around with it without a separate power source.

But the USB C port does not transmit the image, it depends on a separate miniHDMI port. The monitor comes with its own stand with different viewing degrees.

The screen can display different brightness levels, which makes it suitable for moving and working outside the house without fear of sunlight.

The screen is officially released in Japan next February at a price of about $130, and the company does not plan to sell it outside Japan at the moment.

As a result, you need to personally import them from Japanese stores, so the final price may be slightly higher than the official price.