The family of a 93-year-old widow who was beaten to death by a mentally ill man has criticized social services and the nursing home where the attack took place for “letting them down”.

Alexander Rawson, 63, is today being held in hospital indefinitely after he used a crutch to attack Eileen Dean’s grandmother of five in her bedroom at Fieldside Care Home in Catford, south London, on January 3.

Then, worried and agitated, Rawson called 999 and said, “I think someone has been killed and I don’t know what’s going on.”

Ms Dean, who was self-isolating with Covid-19, suffered multiple fractures of the facial bones and a brain injury, and died in hospital.

Her daughter, Georgina Hampshaw, cried as she told the court she was disappointed with social services and the nursing home.

Ms Hampshaw struggled to understand how “such a vicious and cruel crime occurred to her – especially one committed in a nursing home where she thought she was safe and cared for and protected”. 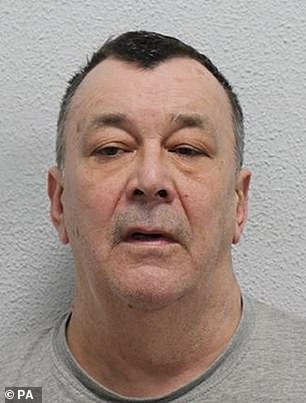 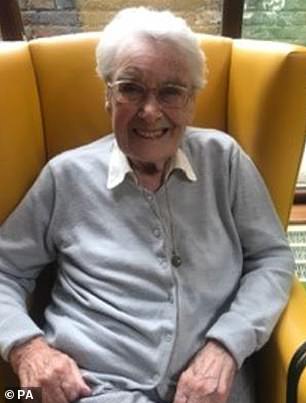 The court heard how Rawson moved into the bedroom next door to Mrs. Dean in late December last year.

London was effectively closed at the time after being placed under Level 4 restrictions, with the official national lockdown starting days later on January 4.

Previously, he was held under the Mental Health Act and had been an inpatient at two South London hospitals run by the South London and Maudsley NHS Trust since last July.

During his time in hospital, Rawson threatened staff with a knife and scissors, according to the BBC.

He was later transferred to a Fieldside Care Home where he scared a staff member by cursing and waving a stick at her.

Rawson, who suffers from a degenerative brain condition commonly associated with alcohol abuse, was found unfit to stand trial for murder. 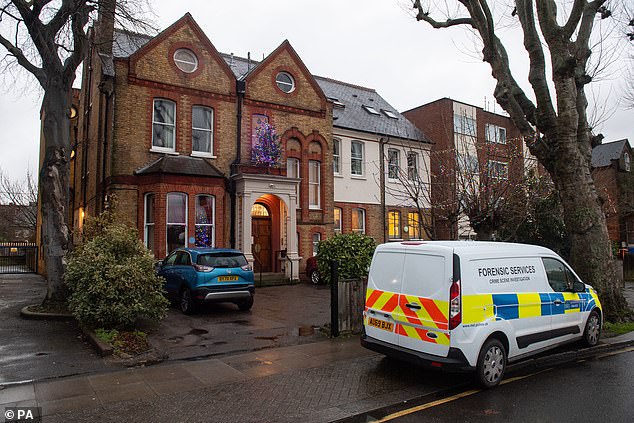 Rawson attacked Mrs. Dean in her bedroom in Fieldside in Catford, south London, on January 3. A forensic truck was photographed at the scene on January 5.

After a trial of facts at the Old Bailey, a jury found that he had attacked and killed Mrs. Dean.

Today, Mrs. Dean’s daughter Georgina Hampshaw wept as she told the court she was disappointed with social services and the nursing home.

Reading the victim impact statement, Ms. Hampshaw described her mother as a kind, cheerful and lively lady who “never lost her sense of humor”.

At the height of her fame, Mrs. Dean loved music halls, where she met her late husband Charlie, and her “celebratory piece” was a Charleston dance, the court heard. 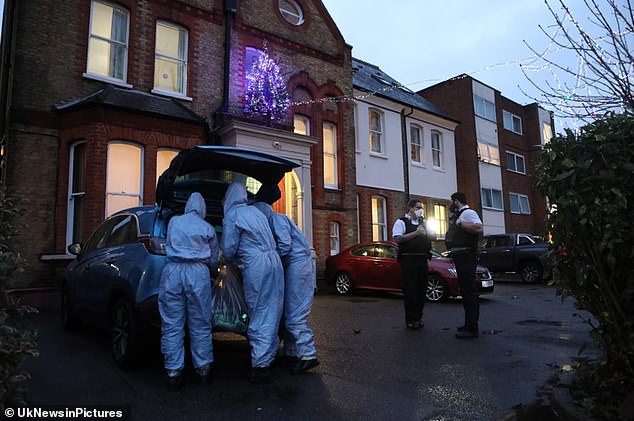 Police are at the scene outside Fieldside in Catford, south London, on January 5

In the aftermath of the attack, Ms Hampshaw told the court that the mother of three was left virtually unknown.

Consultant psychiatrist Dr. Marco Piconi, who was treating Rawson, told the court that he would need to be held in a secure psychiatric unit.

The BBC has been told that Rawson’s social worker, psychiatrist and a staff member at the Field Care Home had a meeting to determine where Rawson would be placed after he was in hospital care in south London. They decided to put him in Fieldside.

Rawson was upset by the move and was believed to have suffered from dementia and early depression.

After Mrs. Dean’s death, he told the police, “I was on a mission or the world would die. I did what I had to do.”

The judge said Rawson posed a constant threat to the public, citing his threats of violence with a butter knife, scissors, and a stick.

The South London and Maudsley NHS Trust said their investigations were continuing and expected to be completed next year.

A college student in Utah, 19, was found naked and covered in coal at the home of the suspected kidnapper.