Let me say this first: I love your country. I’m not just an Anglophile, I’m Anglo-maniac.

But lately, a section of the British media, the BBC, the political classes and a section of your population seem to have given up.

Some of these people are loyal, some are stupid, some are fearful – and some have ulterior motives. But they all make life unbearable for others. I don’t know how the rest of you are doing.

This month, large groups of UK chatterers are frantically busy about a Christmas party a year ago.

Calling it a “party” would likely be against the Commercial Descriptions Act. By sound, audition night at No 10 was a couple of beers next to a computer. In Sweden, this is the budget meeting on Tuesday morning.

Scapegoat, the Prime Minister’s former press spokeswoman Allegra Stratton, was forced to resign. To be captured on a private camera smiling as she discussed this alleged party, she had to cry in public and confess her grave sins against The People. 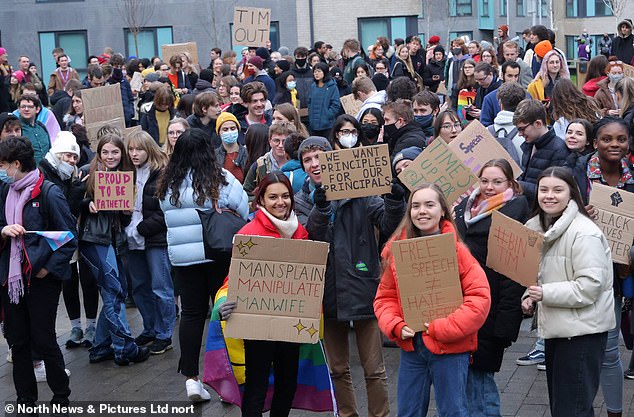 “Your universities are full of disaffected and self-important students, eager to remotely silence anyone with a different view.” Pictured, Durham University students stage a protest in South College for ‘safer and more inclusive Durham University’ after columnist Rod Liddell appeared at a South College Christmas party prompting some students to walk out

To us abroad, life inside a British political bubble looked a bit like red China at its most ruthless.

The House of Commons and the media are still making new sacrifices. Some want Boris Johnson’s head elevated. Others will accept nothing less than the resignation of the entire cabinet.

What caused this explosion? To me, the culprit is obvious: this “crowd frenzy” is the inevitable result of successive shutdowns. The cost of shutting down society, and the world learning, is more than economic.

The financial costs are certainly incalculable: In Britain, tens of billions of pounds have been poured into vacation schemes that have left countless companies heading for bankruptcy.

Inflation is on the rise, millions have seen their standard of living greatly diminished and major industries clinging to their nails.

The damage to mental health is also enormous; And it will take years to assess how many people will see their lives cut short by undiagnosed cancers, heart disease and diabetes because they have been prevented from seeking medical help with the slogan: ‘Protect the NHS, save lives’.

Sweden understood that, which is why we resisted the lockdown so hard.

Of course, our government made a lot of mistakes. There is a lot we wish we had done differently. But I think we were right to strive to keep the country operating as normally as possible.

Lockdowns, as we’ve seen in our neighbors as well as in Britain, are fundamentally eroding society. They replace normal life with everyday weirdness. When it happens for a week or two, it’s scary. When it happens for 18 months off, the stranger becomes normal – and a return to the mind of the past becomes impossible.

It seems to me, as I read with increasing sadness the news reports of events in Britain, that a new militant trend has been unleashed in your great country. Something that had been dormant for nearly 400 years, since the English Civil War era, has been reawakened.

For the first time in centuries—perhaps since Oliver Cromwell and his peers banned Christmas celebrations—there is a group of unencumbered despots of particular importance who control everyone. Even worse, many people in Britain seem to welcome being told what to do by these people.

Employers are getting hold of the thing they’ve always dreamed of doing: the power to make their own rules for everyone.

Well, let me say now: Please don’t let this happen. You will become a country ruled by traffic guards.

Then there’s the curling march. Your universities are full of disgruntled and self-important students, eager to remotely silence anyone with a different view. Twitterati monitors everyone else’s language. Abolition of culture is a scourge – and it must be resisted.

With the Puritans awakening in power, everything I love in Britain will be forbidden. It’s impossible to imagine them tolerating the chaos of The Goon Show, the extravagance of Carry On Matron, and even the lightness of the Beatles. 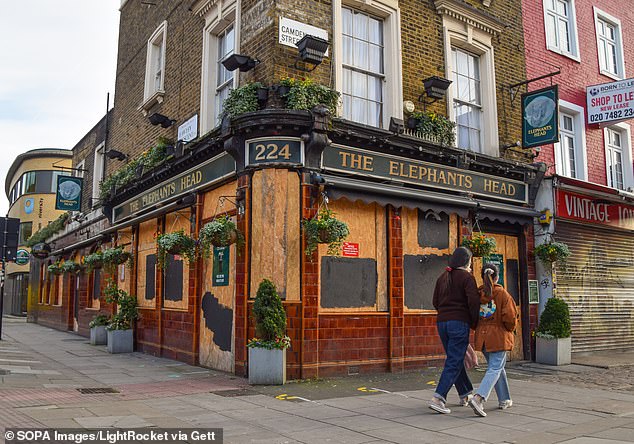 “The cost of shutting down society, the world is learning, is more than an economic cost.” Pictured, a closed pub in Camden, London, after the capital went into Level 4 restrictions

As a teenager, I was very excited about punk rock music. Johnny Routine will not be allowed to mock mainstream pop music and give two fingers to anyone over 30 for five minutes now on the BBC’s sterile airwaves.

Fun itself is about to become a taboo in Britain, and this phenomenon runs much deeper than the Covid crisis. It is generally accepted that we are at the end of days and that the planet is doomed: you just have to choose your favorite cause of Armageddon.

Climate change, institutional racism, migration, transphobia. . . Wherever you are on the political scene, you are required to believe that the world is coming to an end.

All sensible reserves – and opposition to major broadcasters – have been abandoned. Politicians and football directors burst into tears on screen and everyone wore their emotions up their sleeves.

But does this make people stronger or happier? Do hell. Everyone gets hurt more and more insults everything.

This is part of the Boris Johnson problem. Its reinforcing, innate, positivity nature is out of sync with the urgent need on Facebook and Twitter for people to showcase their anxiety and intensify the Covid threat, where possible. There are many people who are increasingly determined not to be optimistic – instead demanding attention to how miserable they are.

This baffles me. Brits have countless reasons to be happy. I’ve loved your culture since I was a little kid. Do you know what won my heart for the first time? I saw a Land Rover on TV. That was it, I was smitten.

The show, believe it or not, was Emmerdale Farm. I learned English from Annie Sugden and Old Amos with lamb sideburns. 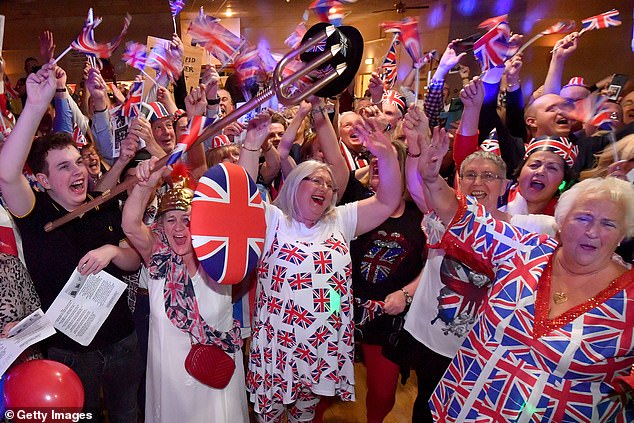 The 52 per cent of you who voted made the right decision: The EU is clearly working its way around a solution, and I was simply the first to act on it. Pictured, guests celebrate the moment the UK left the European Union on January 31, 2020

Once I could read, I was lost in The Wind In The Willows. All my life I dressed up, read your authors, and followed your journalism.

I am a life member of the National Trust and love Paul Wheeler for life. Rock bands Krass and The Cure next to Britten and Elgar on my vinyl set. I’ve written several books about you – and you’ve proudly defended your right to leave the European Union, too.

The 52 per cent of you who voted made the right decision: The EU is clearly working its way around a solution, and I was simply the first to act on it.

But you cannot allow the shock of this long debate, followed by the Covid disaster, to cost you your legendary sense of humor.

You lose, one by one, those public figures who once defined Britain: the greats are the eccentrics. I have always liked them above all because in Sweden we are born-again.

Not so for you. Exotic characters lie at the heart of the establishment – presidents, editors, soldiers, not to mention members of the royal family.

You still produce them, and Boris is an excellent example. No one like him can become prime minister in any other country.

But if you allow traffic watchers, fanatical Covid, and hysterical, waking students to complete their possession, glorious eccentricity will be canceled out forever.

Your national character is so priceless that it cannot be abandoned. Please never forget that you are British, born to laugh in the face of anyone trying to tell you what to do.