A sixth child has died after a 10-meter-high castle exploded in strange winds at an end-of-year celebration.

The tragedy occurred Thursday morning at Hillcrest Primary School in Devonport, northern Tasmania, when a “small tornado” picked up the bounce house.

On Friday, police released the names of five other fifth- and sixth-year students who lost their lives in the disaster — Zane Mellor, Peter Doddt, J. Sheehan and Jalila Jane Marie Jones, all 12, and Addison Stewart, 11.

Two children are in critical condition at Royal Hobart Hospital, and 12-year-old Beau Medcraft was released Friday to recover at home. 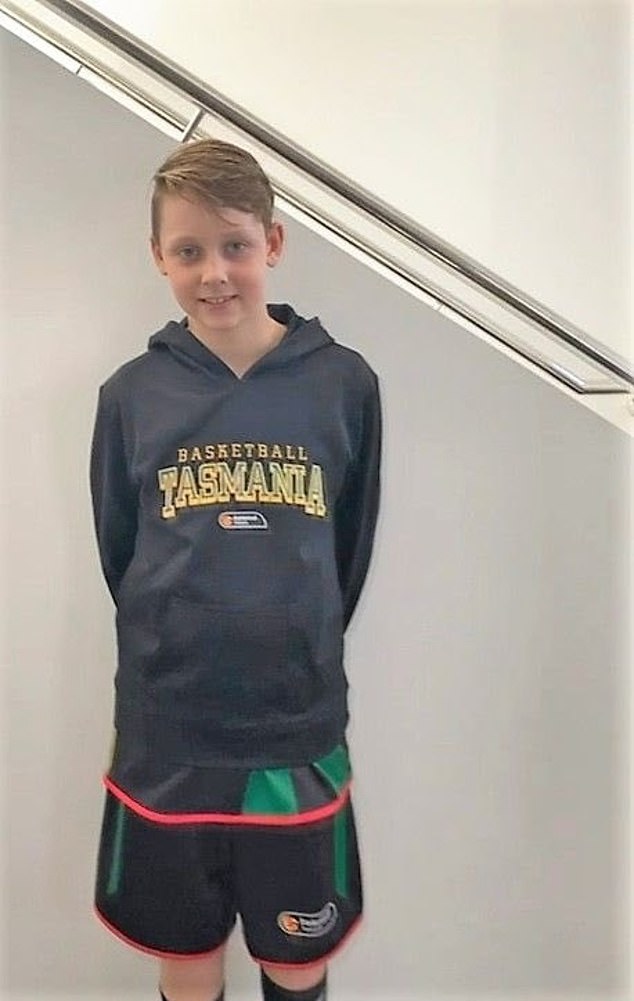 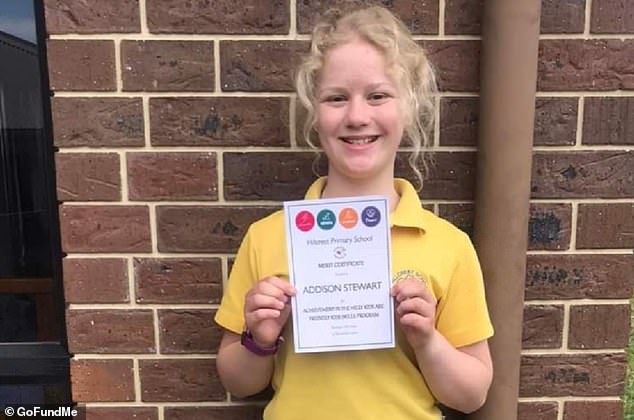 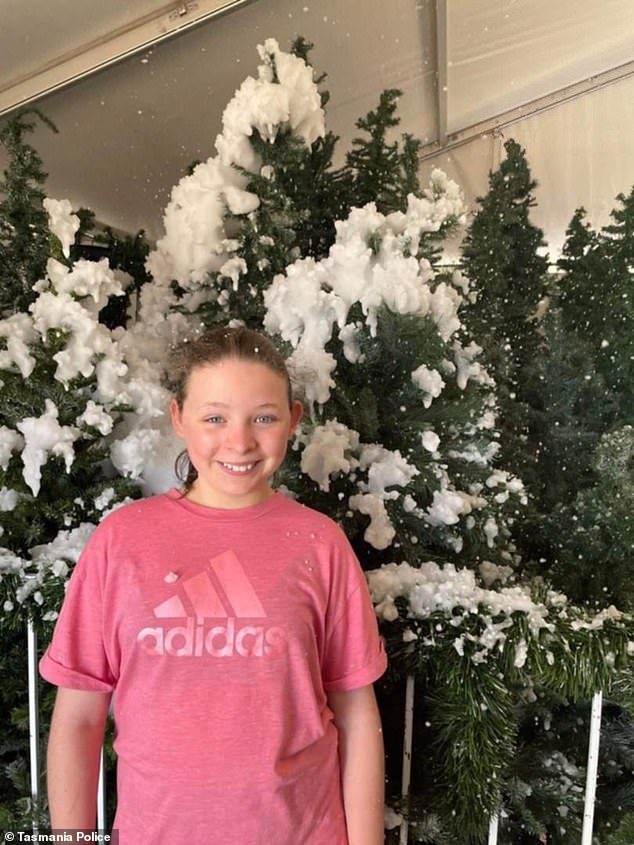 “We have offices there with them and to make sure they can return to Devonport safely, so we have a support mechanism in place to help them deal with this incredibly traumatic situation,” he said.

When asked how long the police investigation into the disaster would take, Mr Gutwin said: It’s too early to say but there are a lot of parts of the investigation to be pieced together.

“We don’t want to rush it but we also understand that society wants answers.”

Gutwein also explained that there were more than 40 fifth graders and 6 kids at the graduation ceremony on Thursday morning.

“We know it is difficult for those involved so we want to make sure we have the best services to meet all the affected children,” he said.

“We have to do this in a sensitive way, and we have accepted the offer of NSW Police to accept their assistance.” 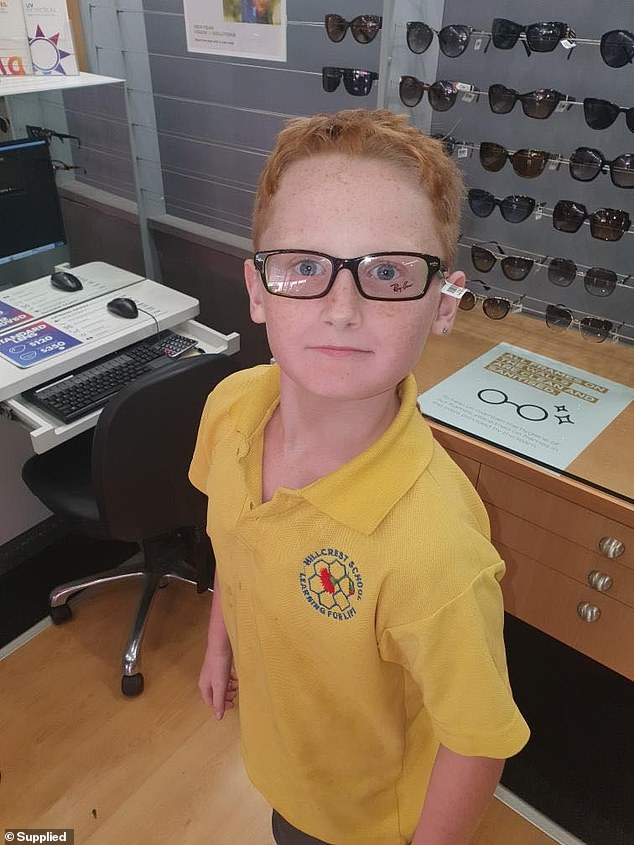 Pictured: Peter Dowdt, 12, who tragically died in the castle-jumping disaster on Thursday morning 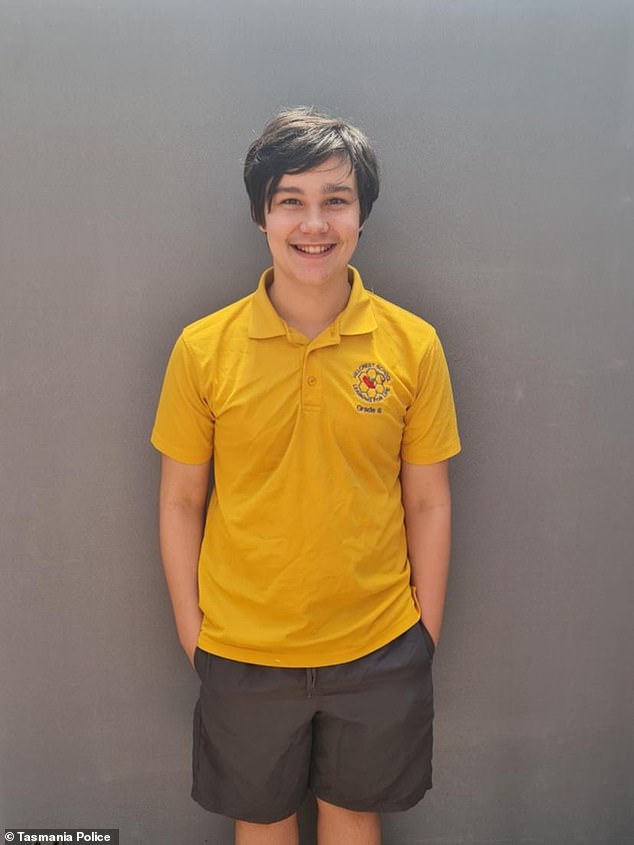 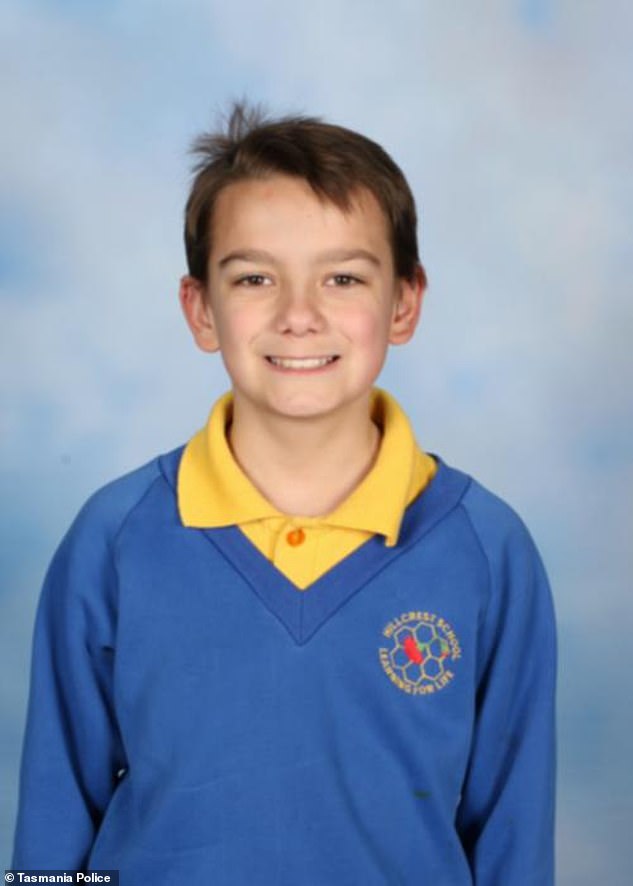 Police announced Friday afternoon that Ji Shihan, 12, was also among the victims

“It is critical that we do not pre-empt any conclusions until all evidence is collected and the investigation is complete,” he said.

The Prime Minister commended the Tasmanian community for bringing them together to support affected families.

Eyewitnesses said the stunned parents collapsed into the gutter, sobbing when they heard what had happened to their children.

The prime minister was seen comforting his wife as she collapsed laying flowers outside school on Saturday.

The bouquets were left with a handwritten note that read: “In memory of these beautiful children who are no longer with us.” 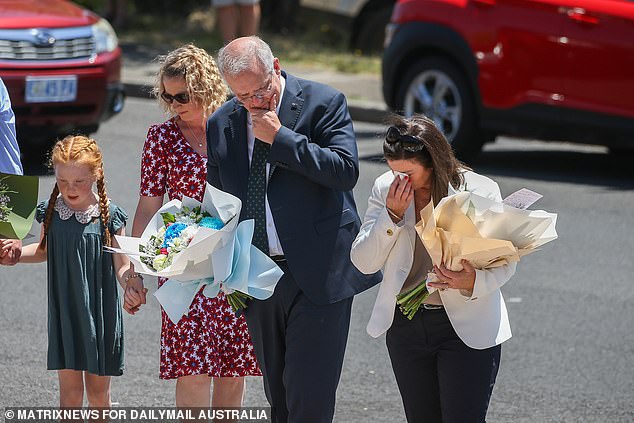 Scott Morrison and his wife Jenny paid tribute to the children who were tragically killed in a bizarre castle jumping accident in Tasmania this week. 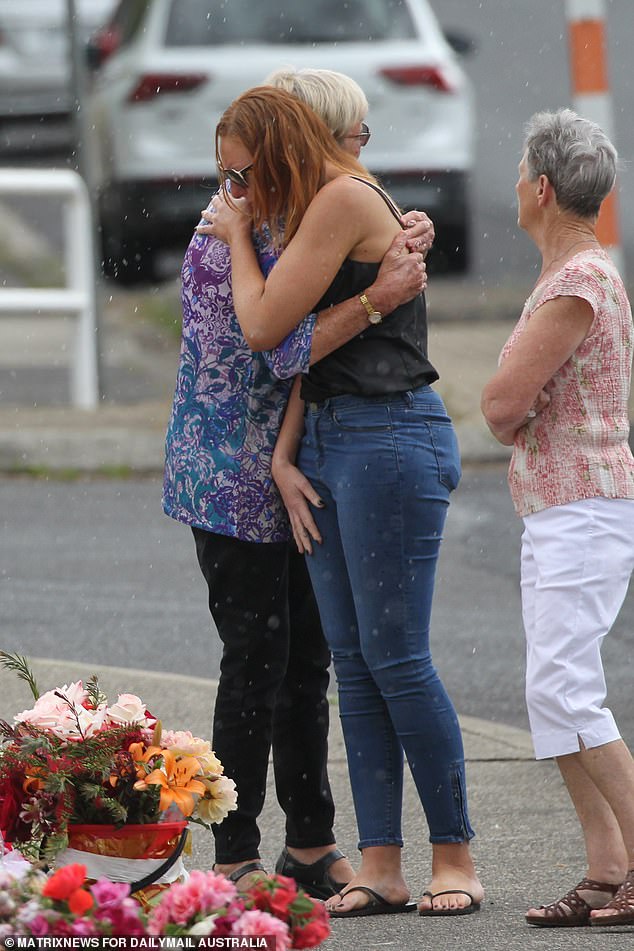 Our hearts are broken for the families and community we left behind. I think of you all. With love and compassion, Jane, Scott, Abby and Lily.

Mr. Morrison solemnly knelt for a minute of silence before reading some of the cards left by the community members.

The photos showed the smashed faces of family members, classmates and fellow community members who are unable to comprehend how such a tragedy could happen.

State Education Secretary Sarah Courtney was visibly emotional when she delivered a bouquet of flowers to the memorial on Saturday. 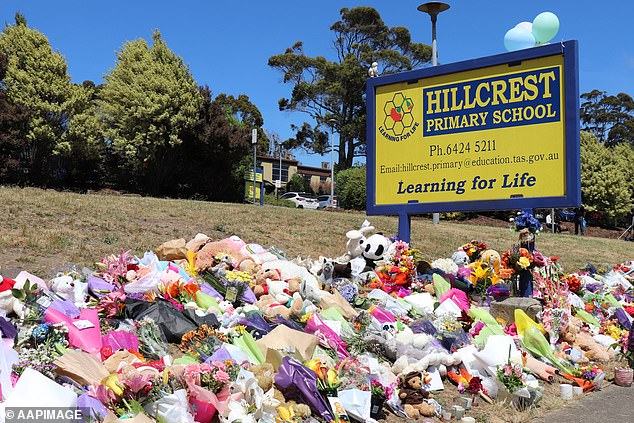 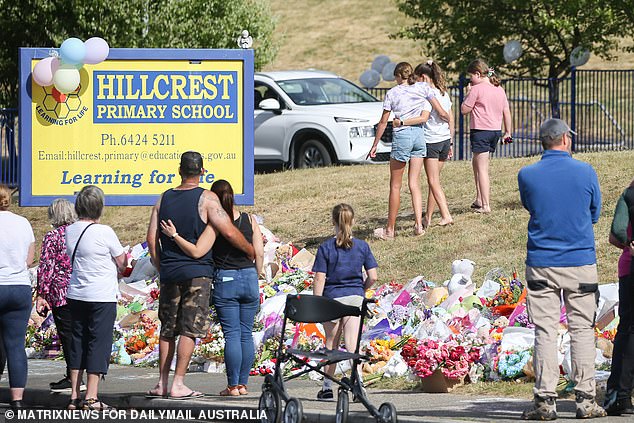 Hundreds of flower bouquets began lining the hill in front of the school fence, along with soft toys and emotional written tributes.

The entire side of the corridor is now a shrine dedicated to remembering lost students.

This comes after it was revealed that the state’s Department of Education had banned all public schools from using castle jumping while investigating the incident.

The Tasmanian Department of Education confirmed that it had “discontinued the use of castle-style jumping equipment until the results of the investigation were known”.

Lord Rogers, architect of the Millennium Dome, dies at 88