Council members were left furious after a ruling that only vegetarian meals should be served on official occasions and holidays.

The row erupted between Oxfordshire County Council members after the ruling Liberal Democrats and the Green Alliance passed a policy banning the serving of meat or dairy products at future events.

The move, which will apply to meals served to council six times a year, follows a report by the government’s climate change panel that urged the nation to cut meat and dairy intake by a fifth to combat climate change.

But opposition council members have since criticized it, with some calling the orders “wrong” while others said the plants “are not something that should go down the throats of vegetarians and meat eaters.” 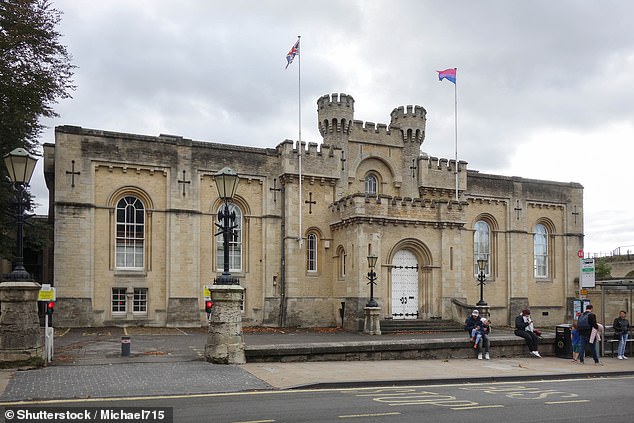 The row between Oxfordshire County Council members came after the Liberal Democrats and the Green Alliance passed a policy banning the serving of meat or dairy products. Pictured: County Hall in Oxford

He said: “Conservatives think vegans are an option that should be respected but not something that should hit the throats of vegans and meat eaters. You should take the carrot approach, not the stick.

Henley-on-Thames County Councilor Stefan Juriciak said: “Forcing the council to virtually all catering services to become vegetarian is wrong. It should be gradual.

The motion passed last weekPosted by Greens councilman Ian Middleton, who wanted to make sure all Oxfordshire County Council meetings are “entirely vegan”.

Chancellor Middleton, who is a vegetarian, said the government had advised that meat and dairy consumption should be cut by a fifth and that the county council “must embrace the opportunity to set an example.”

He said, “We need to get people to eat less meat. Meals are served to the council six times a year. I felt we should take the opportunity to set an example and send the message.”

I would have thought that anyone with a genuine interest in the future of the ecological ocean would see this as a very modest sacrifice for future generations.

I am not suggesting that all council members become vegetarians but only on those occasions should the food served by the council be vegetarian.

“Council members who don’t want to eat it shouldn’t eat in the council chamber. It was hard work to bring this proposal to the council, but I am very happy that it finally passed.

We have now joined many other authorities who have made similar suggestions, but I believe we are the first county council to do so.

Nobody takes the freedom of choice, these changes will only affect those who want to take advantage of the food provided by the council. What members do outside the walls of the Council is their own affair. 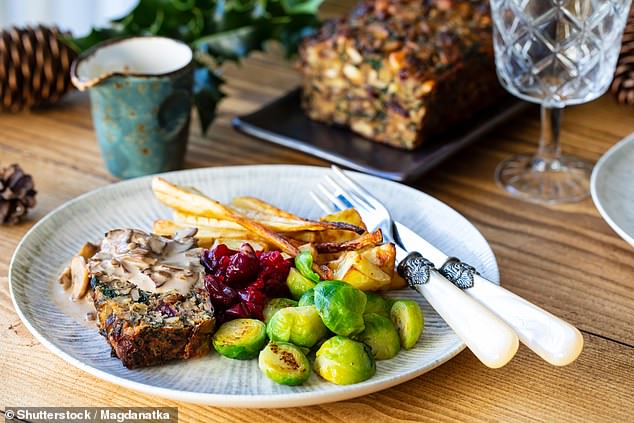 The move was introduced by Green Party councilman Ian Middleton, who wanted to make sure all county council meetings were “fully plant-based”. (stock photo) 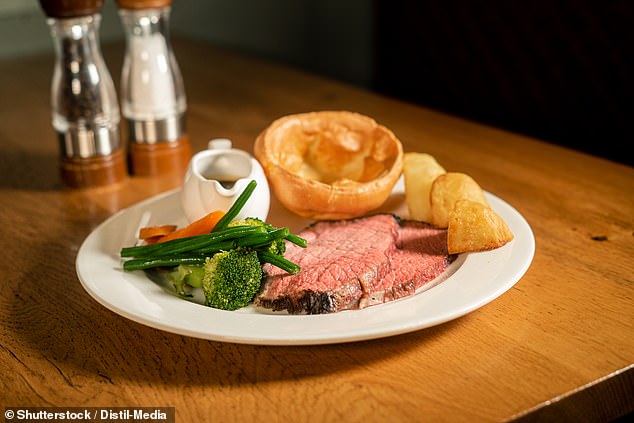 The policy comes after a report by the government’s Climate Change Committee urged the nation to cut meat and dairy intake by a fifth to combat climate change. (stock photo)

This was a democratic decision made on a collective basis that simply stated that the council should promote healthy and plant-based foods in the face of evidence about the harm being done on a global scale by mass production of meat and dairy in terms of climate change and public health.

We also wanted to highlight how local, small-scale farms in Oxfordshire are increasingly moving towards sustainable practices, and encourage a more direct local link between consumers and the food we buy.

These are not choices we make for ourselves, but for future generations.

“This is a very small change that sends a powerful message to the people we represent that we take climate change seriously and are ready to play our role as community leaders.”

Last year, a report from the Intergovernmental Panel on Climate Change laid out a set of actions to reduce emissions over the next 15 years.

She urged steps including halting sales of gas boilers by 2033, banning new fossil-fuel cars – including hybrids – by 2032, and encouraging people to cut the amount of meat and dairy they eat by a fifth in the next decade.

She suggested families steer clear of meat and dairy, which helps reduce livestock numbers, by choosing “vegetarian options” – and one day even lab-grown meat.

The report stated that modeling by experts at Oxford University means meeting the government’s targets would require an average reduction in meat consumption of around 89 percent for beef, 66 percent for pork, 63 percent for lamb and 20 percent. Percent reduction in dairy products.

She also said: “Eating more of a plant-based diet can reduce non-communicable diseases such as diabetes, heart disease and a range of diet-related cancers, which in turn can reduce the risk of developing serious complications from Covid-19.”

Mo Metcalf-Fisher of The Countryside Alliance said: “Disposing of meat is needlessly divisive and shows no understanding of how meat is produced in this country, which thanks to UK farming practices, is among the most sustainable in the world.

The vast majority of the public enjoy meat and dairy, and the food choices remain: choice. It is better for the LDP and Green Leadership in Oxfordshire County Council to actually coordinate with their local farming community to see their amazing work firsthand, than to make headline-grabbing provocative proposals that alienate the rural community.

“By only providing meat and dairy from local producers going forward, the council will be setting an example that people may actually want to fall behind.”

The jury in the Ghislaine Maxwell trial can begin deliberations today after hearing closing arguments.