Downing Street has released an official Christmas card for Boris and Carrie Johnson featuring a picture of their dog Dylan – but not their baby son – for the second year in a row.

Today, Number 10 released images of the celebratory greeting card of the Prime Minister and his wife Carrie that will be sent to world leaders, embassies and other influential groups.

The front cover of the card displays a Jack Russell Cross playing in the snow in Downing Street Park.

Dylan also had the honor of appearing on last year’s card, then pictured wearing green tinsel around his neck as he stares into the distance outside the famous black door of Number 10.

The reverse of this year’s card shows artwork by a student at a school in Johnson’s West London borough. 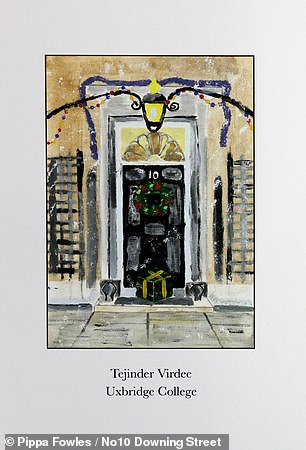 Downing Street has released an official Christmas card for Boris and Carrie Johnson featuring a picture of their dog Dylan – but not their baby son – for the second year in a row. 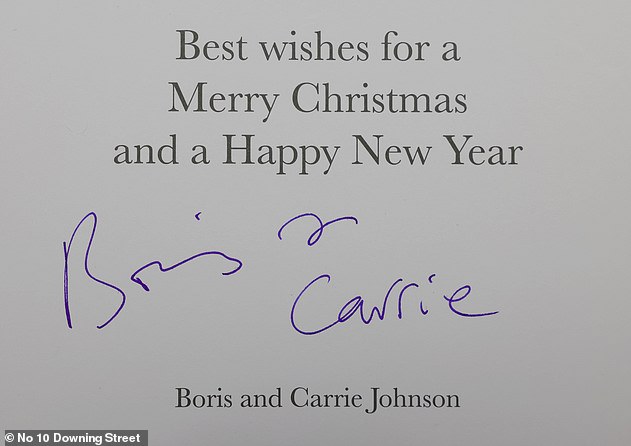 More than 7,000 cards have been issued to send to world leaders, embassies and other influential groups

But neither the prime minister nor his wife or son Wilfred, now 19 months old, is depicted on the ID.

Young Wilfred’s name is not included alongside his parents’ signatures inside the card.

Johnson’s pick for 2021 and last year contrasted with many of his predecessors, including Tony Blair and David Cameron, who put themselves and their loved ones – humans – in the spotlight.

Cameron’s card appeared in 2008 with David and Samantha with their children Nancy, four, Arthur, two, and six-year-old Evan, who tragically died the following year. 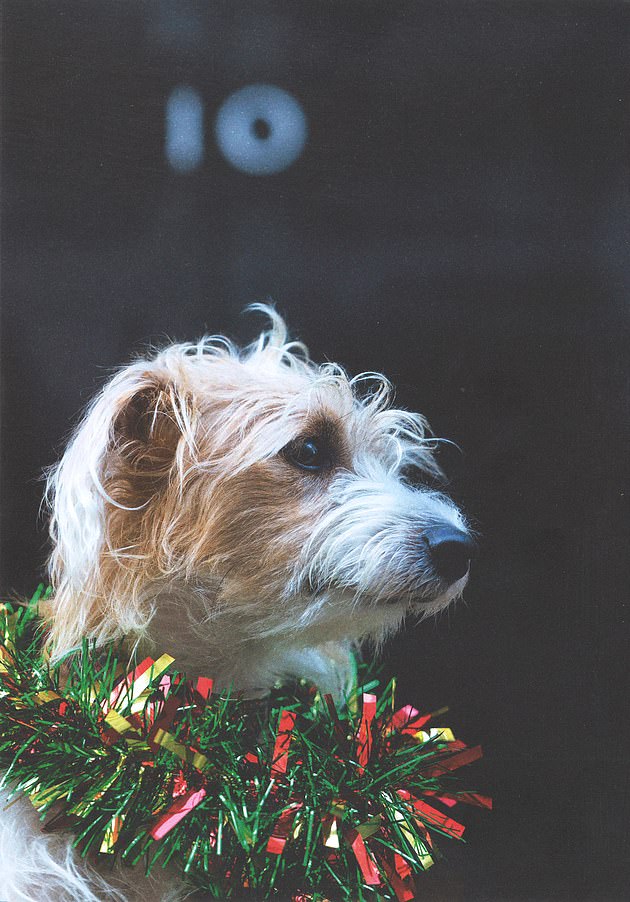 Dylan was also the star of the Christmas card last year, after it appeared Johnson chose his dog over his new baby son Wilfred to face the salute. Former prime ministers have always used family photos on their card covers 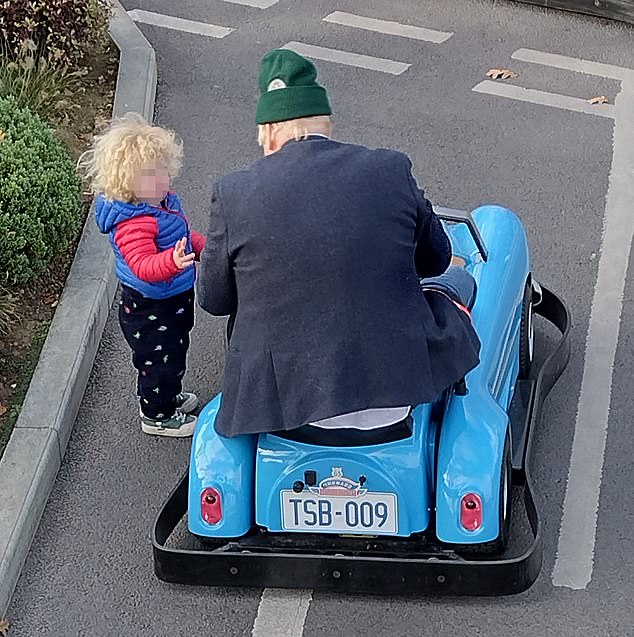 Wilfred, the prime minister’s 19-month-old son, has been notably absent from the ID for the second year in a row. Mr Johnson and Mrs. Symonds are believed to be determined to avoid turning their newborn into a “public figure”. Pictured: Boris Johnson and his son Wilfred in Peppa Pig’s world

Mr Johnson and Mrs. Symonds are believed to be determined to avoid turning their newborn into a “public figure”.

The image of Dylan on the card’s cover is believed to be part of a set from a controversial photoshoot earlier this year.

The photo was taken in cold February weather by Pippa Fowles, one of the three photographers for Downing St, as part of an Instagram-style photo session for Dilyn.

At the time, this raised questions about the operation of No10’s press operation as a personal vanity project to be funded by taxpayers. 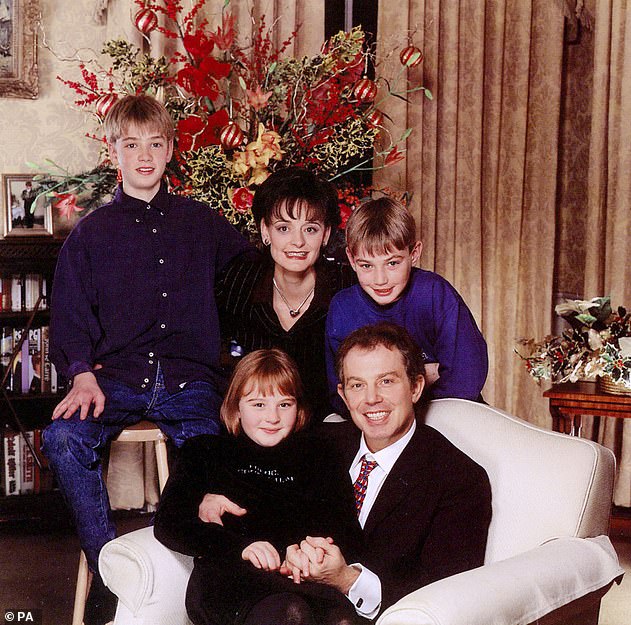 Johnson’s selection for 2021 and last year contrasts with many of his predecessors. Pictured: 1998 – Card Tony and Cherie Blair, including their children Ewan (left), 14, Nikki (right), 13, and Catherine (front), 10 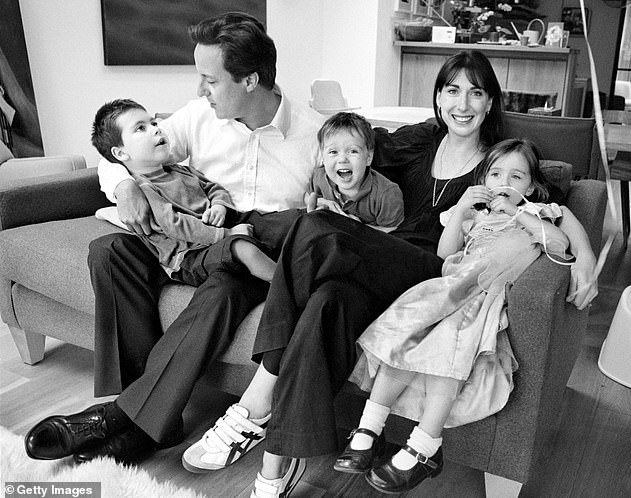 2008 – A Christmas card for David and Samantha Cameron, showing their children Nancy, Arthur and Evan, who tragically died

The government was forced to defend the photos by saying that the photographers took pictures “not only of the prime minister but of the entire cabinet”.

Ms Fowles, who is understood to be seconded by the Ministry of Defence, works alongside the Prime Minister’s personal photographer, Andrew Parsons, who works as a part-time private advisor at the equivalent of £100,000 a year.

Just a day before the photo was published, another 10 paparazzi posted a candid shot of Downing Street mouse boss Larry the Cat on a bookcase beneath a portrait of the Queen.

Labor deputy leader Angela Rayner criticized the photos, saying: “The public will rightly ask why there seems to be no limit to the money that can be found to pay for the prime minister’s vanity clique.” 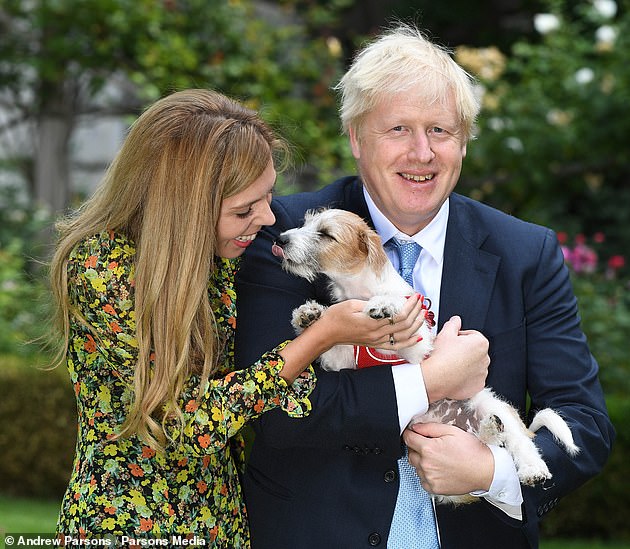 Dylan’s doggy shoot in February raised questions about the workings of No10’s press operation, which has been described as a personal vanity project. 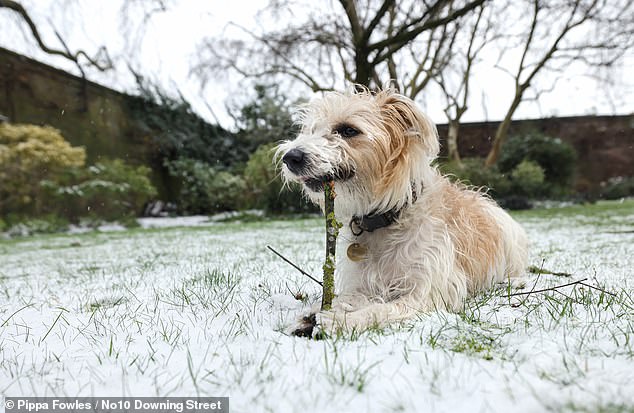 The photo on the card is believed to have been taken again in cold February weather by Pippa Fowles, one of the three Downing St photographers, as part of Dilyn’s Instagram-style photoshoot (pictured, another photo taken in February)

The reverse design for this year’s card features a design by student Tejinder Verdi from Oxbridge College in Mr Johnson’s district in West London.

Tejinder’s watercolor and acrylic works for Front Door #10 were chosen from among 15 designs submitted by the college’s art, design, and media students.

A No10 spokesperson said the designs “aimed to reflect the college’s broad diversity and commitment to British values”.

Prime Minister Boris Johnson said: “Many thanks to the students at Uxbridge College for their wonderful artwork for the Downing Street Christmas Card.

“I would like to thank Tejinder and all the students who participated for their amazing designs.”