According to Adobe Analytics, which monitors over 1 trillion visits to retail sites and 100 million stock-keeping units, which are used to track inventory, online spending on Black Friday dipped to $8.9 billion, compared to a record $9 billion reported in 2020.

‘For the first time ever, Black Friday saw a reversal of growth trend of past years,’ Vivek Pandya, an analyst for Adobe Digital Insights said in a statement.

She attributed the decline to shoppers ‘being strategic in their gift shopping, buying much earlier in the season and being more flexible about when they shop to make sure they get the best deals.’

But other studies show that there was an increase in foot traffic at stores across America on Black Friday, as people are less concerned about getting the coronavirus and retail stores have returned to pre-pandemic hours. 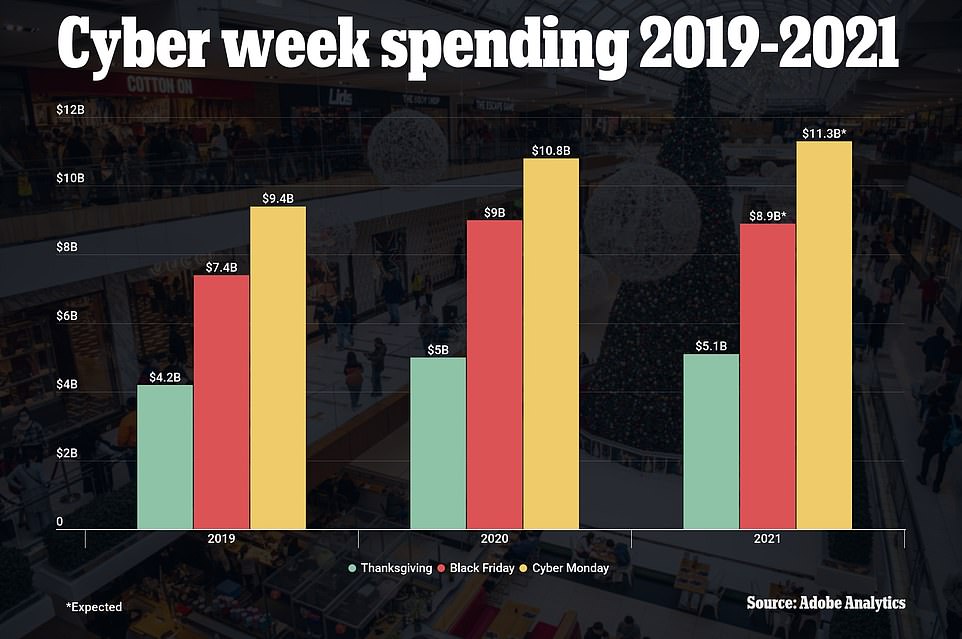 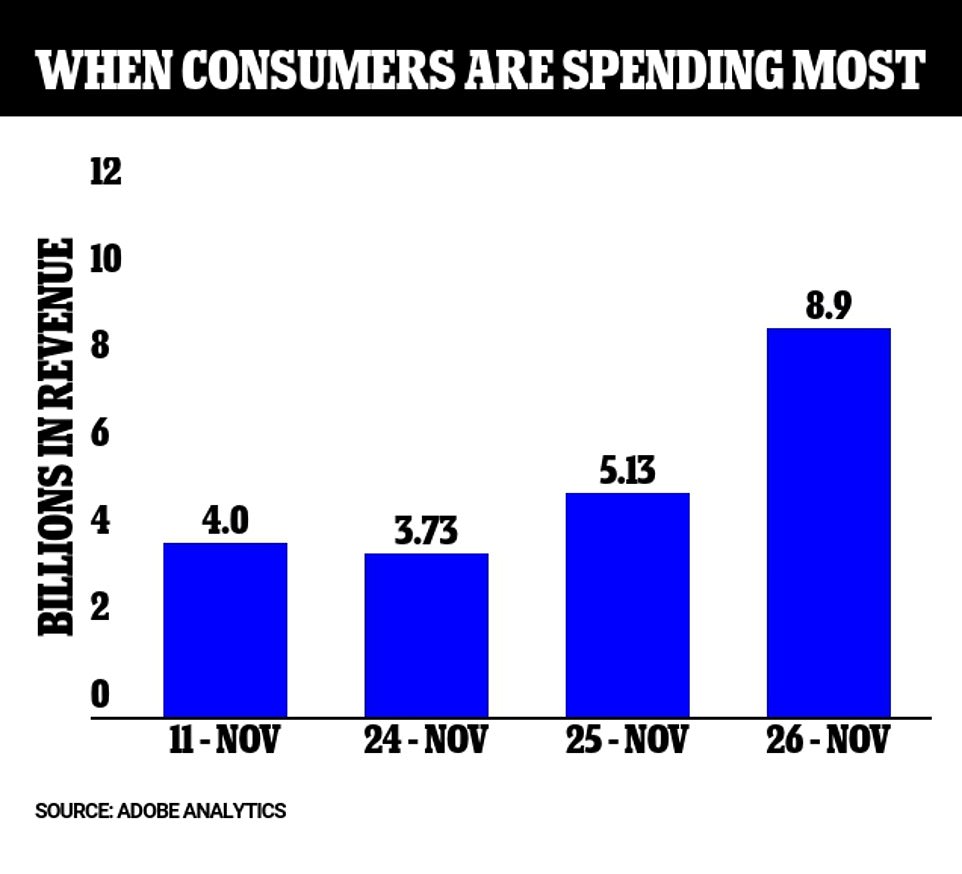 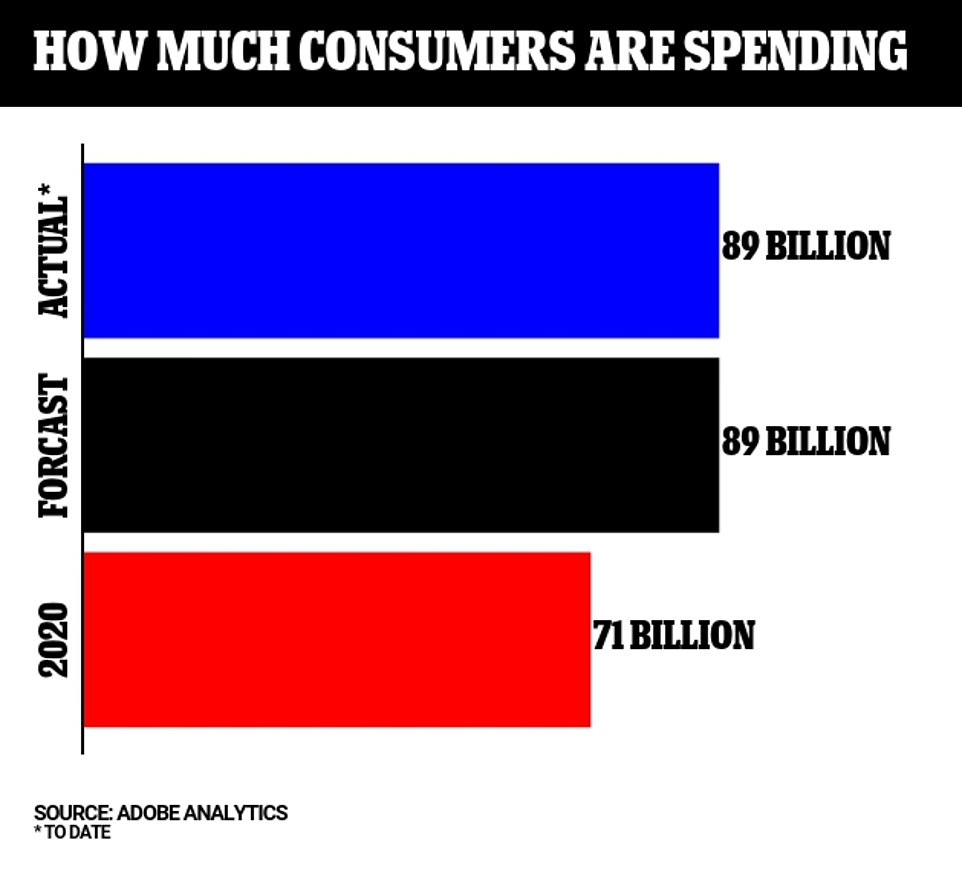 The analytics company attributes the decline to consumers starting to spend more earlier in the holiday season ‘responding to promotions and deals from retailers that started in October’ this year.

It also says inflationary trends and demand levels have left consumers with weaker discounts this year than in years past.

And global supply chain issues could have been a factor, with Adobe reporting that out-of-stock messages increased 124 percent since January 2020, and 172 percent since before the pandemic.

Still, Adobe reports, Cyber Monday is expected to be the biggest online shopping day of the year, with $10.2 billion to $11.3 billion estimated in spending. Last year saw a record of $10.8 billion in online purchases. 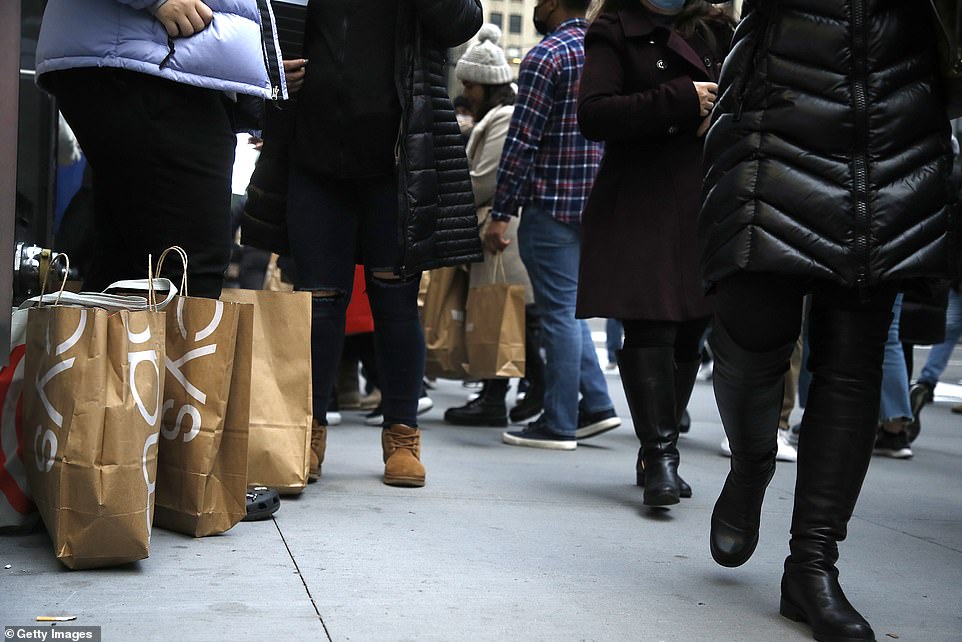 RetailNext, a firm that tracks shopper counts in thousands of stores with cameras and sensors said traffic rose 61 percent this Black Friday compared with last year, but was down 27 percent from 2019 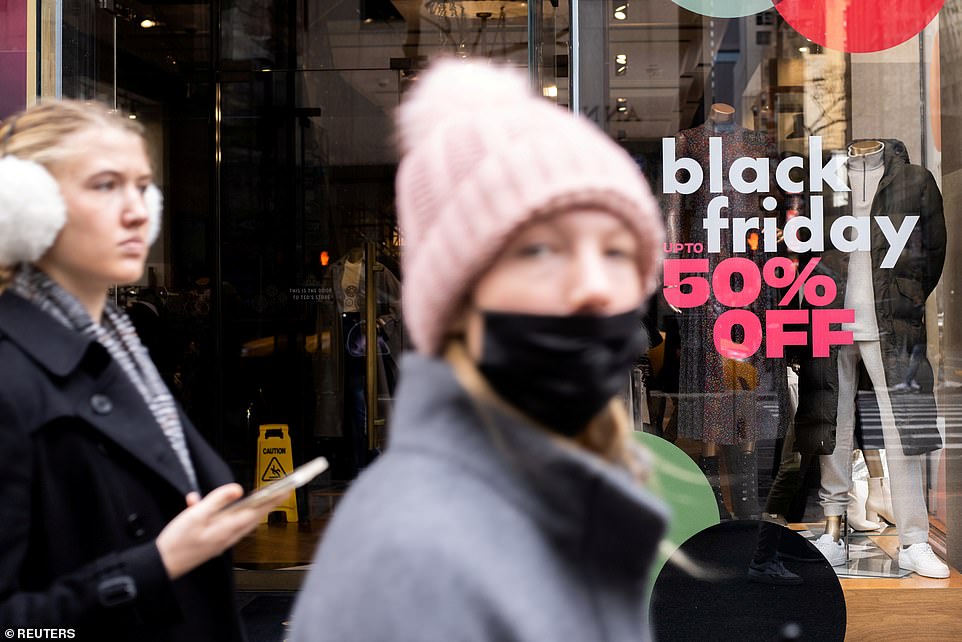 Meanwhile, more customers returned to the stores than they did last Black Friday.

RetailNext, a firm that tracks shopper counts in thousands of stores with cameras and sensors said traffic rose 61 percent this Black Friday compared with last year, but was down 27 percent from 2019, the Wall Street Journal reports.

And Sensormatic Solutions, another firm that tracks store traffic said Black Friday traffic rose 48 percent from last year, but was 28 percent lower than in 2019.

Brian Field, a senior director of global retail consulting for Senaormatic Solutions, said that shopper traffic was closest to returning to 2019 levels in the south, followed by the mid-west, west and northeast.

He added that there are two main reasons people are spreading out their holiday purchases: ongoing concerns about the COVID pandemic and worries about the supply chain.

Field said he doubts the new omicron variant will have much of an effect on holiday shopping, but noted: ‘If you start seeing outbreaks in the US, the thing that I think would drive [down traffic] would be if governments and communities start locking down again.

‘Otherwise, I think the trends will be very similar to what we expect them to be.’ 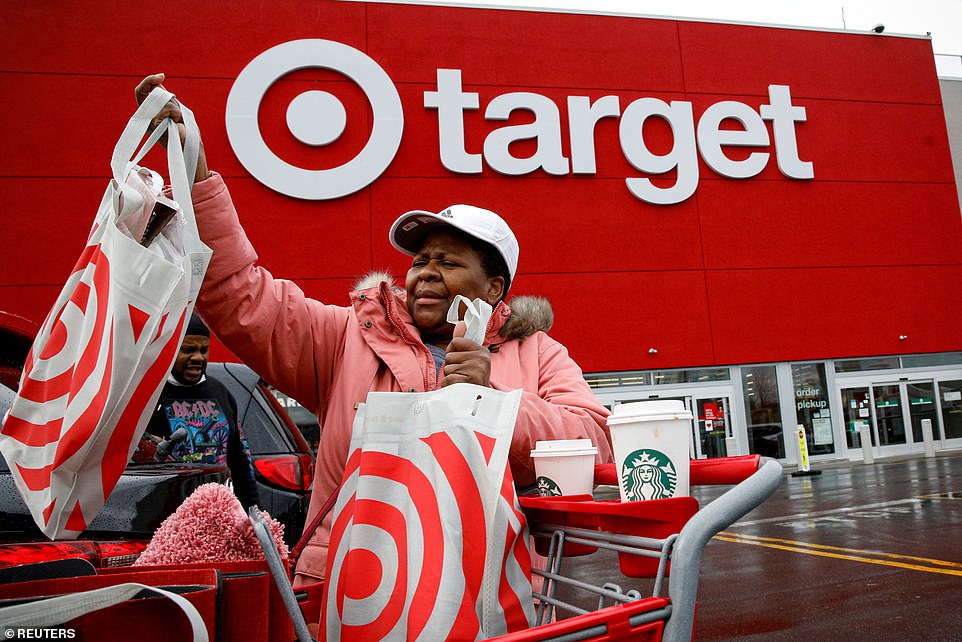 In total, customers are expected to spend $207 billion by December 26, with Adobe reporting that Americans have already spent $89.9 billion online since November 1 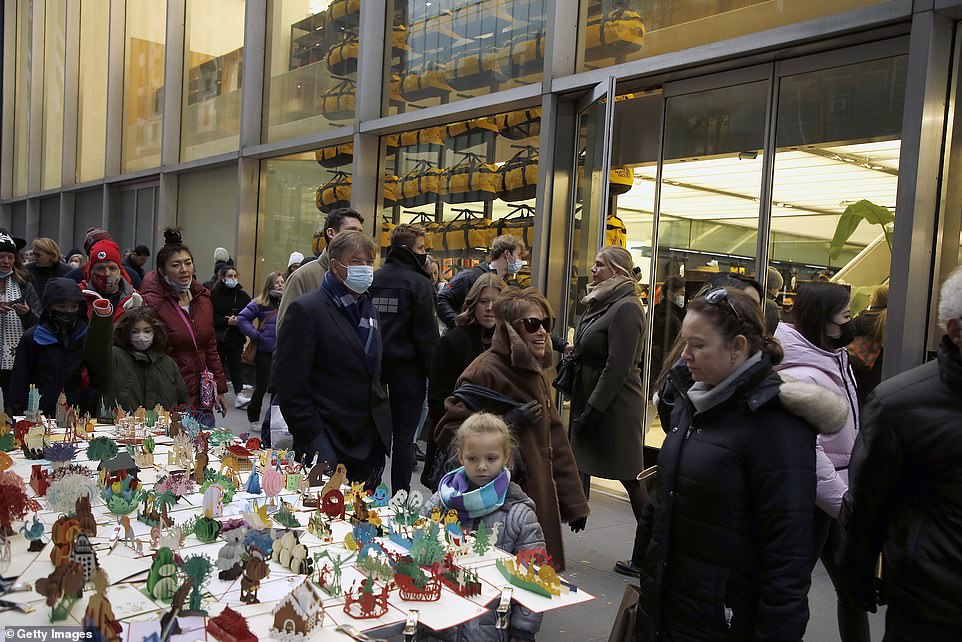 In total, consumers are expected to spend $207 billion by December 26, with Adobe reporting that Americans have already spent $89.9 billion online since November 1.

The National Retail Federation also expects sales during November and December to rise a record 10.5 percent from a year ago, to as much as $859 billion as personal income increases and consumers are spending at a faster pace than inflation.

On average, sales have increased 4.4 percent each year over the past five years.