‘This is one of the easiest relationships that we have,’ Biden said seated next to Trudeau.

The president acknowledged during the meeting that a diplomatic boycott of the Winter Olympics in Beijing is ‘something we are considering.’

During his virtual meeting with China’s Xi Jinping Monday night, White House officials said the Olympics didn’t come up – however The Washington Post reported Tuesday that a boycott was on the table.

In the Oval, Biden brushed off another question about tax breaks for electric cars made solely in the U.S., which is a part of the current Build Back Better package, and something the Canadians have a problem with.

‘We’re going to talk about that,’ he told reporters in the room. Trudeau didn’t even acknowledge the journalists.

But the ‘three amigos’ as they are known, will not hold a joint press conference.

In all eight summits held since the meeting’s inception in 2005, there has been a trilateral press conference. 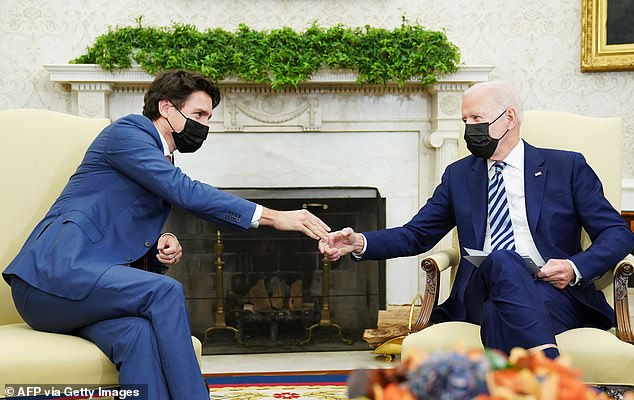 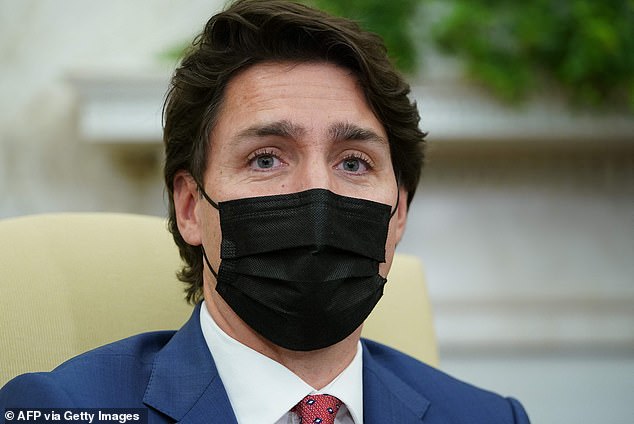 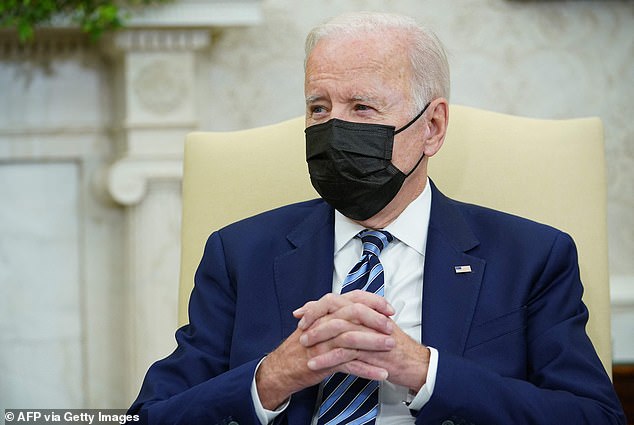 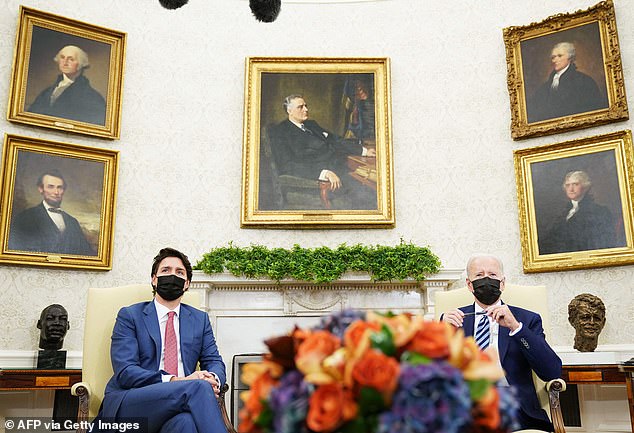 White House deputy press secretary Chris Meagher said Wednesday there would be ‘pool sprays’ – which is when reporters yell questions at the leaders.

The leaders do not have to answer them, as Trudeau displayed.

The White House has pointed out there will be separate opportunities for the leaders to be questioned – at the top of each bilateral meeting Biden is hosting, first with Trudeau and then with Obrador.

But former Presidents Barack Obama and George W. Bush held full press conferences with their counterparts at their respective summits, which led to some questions the leaders struggled to answer, including the future of relations between the three countries following the election of Donald Trump.

‘I’ll be happy to answer questions after I meet with all the leaders,’ Biden said Thursday morning, in advance of the meetings, at a bill signing event.

During an interview with Politico Wednesday, White House press secretary Jen Psaki said Biden’s lack of official press conferences is more of a media problem than an issue for the American people.

‘I think that’s more of an issue related to the White House press corps … and D.C. press, than it is of concern to the American public,’ Psaki said in an interview that was part of a Politico Women Rule livestream event. 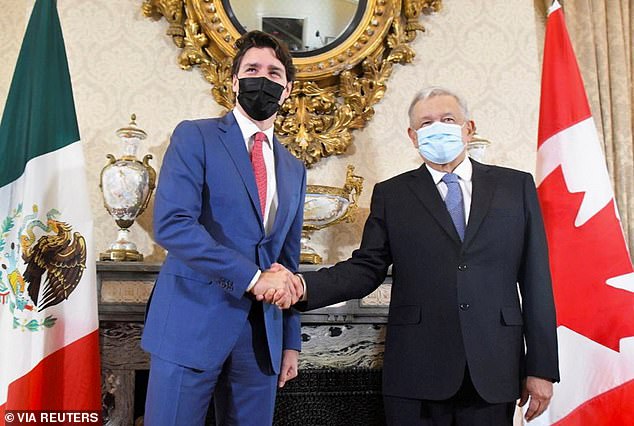 Trudeau arrived in Washington Wednesday with concerns about buy-American provisions in the president’s proposed $1.85 trillion Build Back Better reconciliation bill.

Mexico’s priorities heading into the summit were to obtain concrete advances on immigration and more equitable access to COVID-19 vaccines.

There are growing concerns in Canada about a provision in the spending plan that would offer U.S. consumers a $7,500 tax credit if they buy electric vehicles through 2026.

The following year, only purchases of electric vehicles made in the U.S. would qualify for the credit. The base credit would go up by $4,500 if the vehicle was made at a U.S. plant that operates under a union-negotiated collective bargaining agreement.

Canadian Deputy Prime Minister Chrystia Freeland called the incentive a clear violation of an updated trade agreement among the three countries that aimed to protect U.S. jobs and products made in North America.

Freeland said that for Canada, ‘Job one here in the U.S. this week is to really make our American counterparts aware of the extent to which their current approach to this issue is a problem for Canada and to really explain to them that the way they have formulated this incentive really, really has the potential to become the dominant issue in our bilateral relationship.’

The U.S. and Canada, meanwhile, have expressed frustration that López Obrador has failed to get on board with global efforts to curb climate emissions. The Mexican president skipped this month’s U.N. climate summit in Glasgow.

López Obrador´s government, for its part, wants promised U.S. development funds for the Northern Triangle countries of Central America to be firmed up. The Mexican leader continues to press the U.S. to fund an expansion of his tree planting program to Central America.

Mexico has worked with the United States – under both Trump and Biden – to control migrant flows and assist in returning migrants to Central America.

The two countries are still negotiating the court-ordered re-implementation of a Trump-era policy known as Remain in Mexico, which forced asylum seekers to wait out their U.S. asylum process in Mexico.

López Obrador has also mentioned on multiple occasions his interest in the U.S. government expanding its temporary work visa program so more Mexicans and Central Americans can fill the demand for labor in the U.S.

The temporary workers in turn could have access to the higher pay they seek in the U.S. without becoming part of the illegal immigration flow.

Trudeau and Biden are also expected to discuss the future of an oil pipeline that crosses part of the Great Lakes and is the subject of rising tension over whether it should be shut down.

Biden is caught in a battle over Enbridge’s Line 5, a key segment of a pipeline network that carries Canadian oil across the U.S. Midwest.

Michigan Gov. Gretchen Whitmer, a Democrat and Biden ally, has demanded closure of the 68-year-old line because of the potential for a catastrophic rupture along a 4-mile section in the Straits of Mackinac, which connects Lake Huron and Lake Michigan.

The Biden administration has not taken a position but is under increasing pressure to do so.

Canada last month invoked a 1977 treaty that guarantees the unimpeded transit of oil between the two nations.

Ben Wallace criticizes Russia and Belarus over the migrant crisis