Many rely on the App Store to install third-party apps or designed by companies other than Apple.

Many may not know that the App Store includes a wide range of premium applications designed by Apple, which you do not install by default with phones.

As a result, these applications are neglected by many despite the fact that they provide a wide range of important and essential functions.

And you can install these applications for free via the App Store, whatever country you reside in and whatever your phone is. 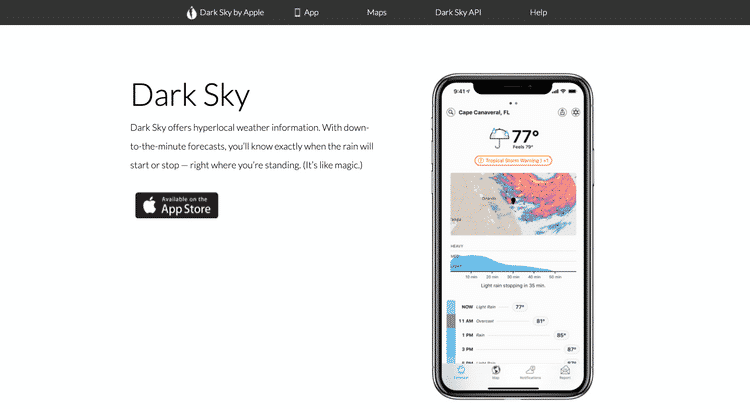 Several years ago, Apple purchased the Dark Sky app that displays and accurately tracks the weather around the world.

Dark Sky is characterized by its powerful servers that collect information from various trusted sources around the world.

As a result, its weather forecasts are always accurate and reliable in various aspects of life.

The app also displays weather emergencies such as a flood or hurricane and strong winds, so you can rely on it to plan your trips.

The application works very well with all Apple devices, including the Apple Watch, and displays all the information through it easily.

Apple has recently taken an interest in augmented reality applications, and as a result of this interest, it has started putting LiDAR lenses in all of its flagship phones.

This app takes advantage of Apple’s advanced augmented reality technologies to better display objects and objects across the screen.

The app allows you to import your 3D designs even if you designed them using another app.

You can also use the same application to design 3D pieces and try them directly, and you can modify them through the application.

And you can add a range of effects that help you visualize things in augmented reality better, such as adding surround sound clips or different animation effects.

The application supports the transfer of projects and designs directly to other Apple devices, whether phones or computers.

You can install the app for free via the App Store.

This application is based on augmented reality technologies as well, and serves as a substitute for various measuring tools that you may need in your home.

You can use the app as a tool to measure the dimensions, distances, angles, and inclinations of various objects in your home.

You can download the application for free via the App Store.

The application can also recognize all the languages ​​it supports automatically without having to enter the language in advance.

The application has an easy-to-use and responsive interface, which makes it practical and suitable for translation in trips and conversations.

You can install the app for free via the App Store.

How to make stickers in WhatsApp Web

Gameplay Overview of Dragon Ball: The Breakers in Show Events

Drug dealer, 28, offered his fortune by pouring champagne on Rolex watches, who was imprisoned for 15 years
15 mins ago

Christmas party horror as a man, in his 30s, was stabbed to death at an event in Birmingham
23 mins ago