An Audi driver got a red face after his car broke into a Sainsbury’s store and ended up in the pet food aisle.

The red Audi A3 wreaked havoc after crashing through a window on the side of the building.

Meanwhile, the window and one of the shelves were demolished, causing extensive damage.

The force’s road police unit said it was investigating the incident. No one is hurt. 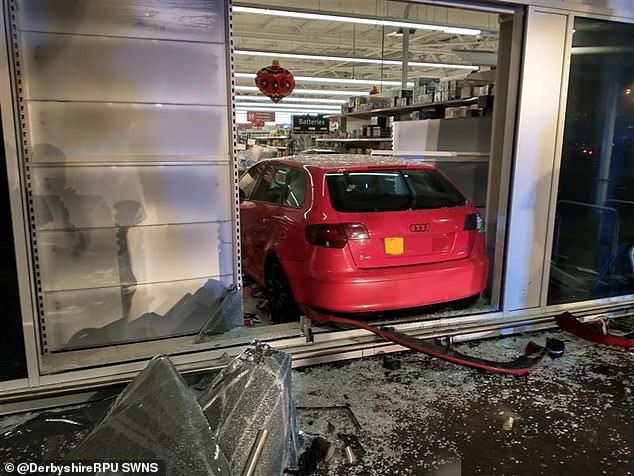 A red Audi A3 suddenly entered the pet food aisle of a Sainsbury store in Allenton, Derby, last night (December 18), knocking down a shelf and window 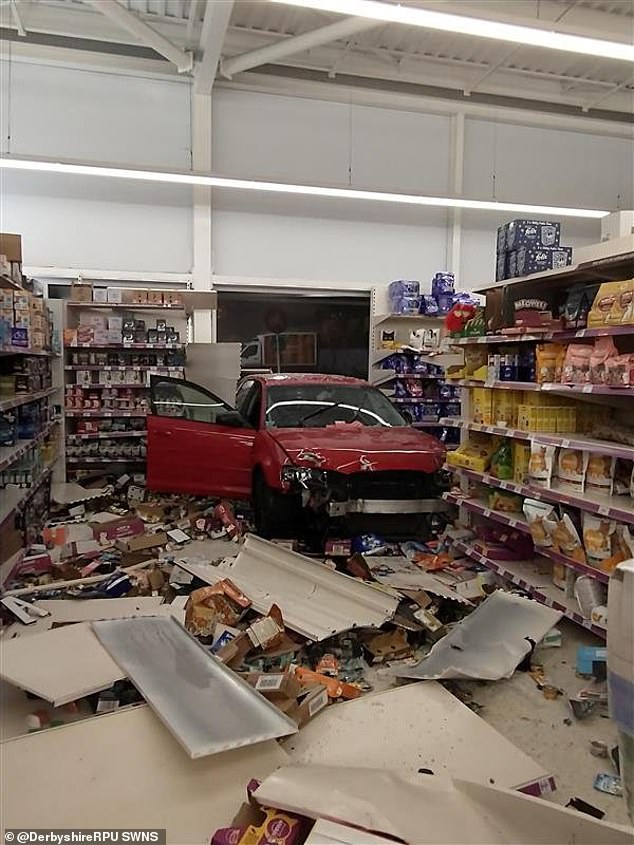 No one was hurt as a result of the strange car intrusion into the store, although Derbyshire Police said “lots, lots of damage” was done.

Audi drives to the shop window. The investigation is ongoing but initial CCTV inquiries show poor leadership in the parking lot. No injuries but lots and lots of damage.

Social media users saw the humorous side of the incident, with one writing: “Reports say he missed the checkout team by Whiskers.”

Another user commented on social media: “This is definitely something 3 cats in a raincoat would do!”

LA County schools lost 92,455 school days in just over one MONTH because of quarantine, CDC finds