According to the data, the global PC market witnessed a 5% decline during the third quarter of 2021, as shipments of desktop and laptop computers, including workstations, stabilized at 84.1 million units, after 5 quarters of double-digit growth.

Despite the slowdown in growth, volumes remain at a notably high level, given how strong the performance was in Q3 2020. As a result, the PC market saw a two-year compound annual growth rate of 9 percent from Q3 of 2019.

Businesses faced a series of problems despite the high demand for personal computers, which made it very difficult to facilitate supply.

Vendors and channel partners continue to struggle to fulfill orders due to the continuing backlog. Shipments of laptops and mobile workstations grew 3 percent year-over-year to 67.4 million units. While shipments of desktop computers and office workstations increased by 12 percent to reach 16.6 million units.

Disruption of the global supply chain and logistics network remains the main barrier to further growth in the PC market. More than a year after the onset of the epidemic, manufacturing is still hampered by lockdowns and other restrictions linked to the coronavirus, particularly in Asia.

This has been exacerbated by the massive slowdown in global transportation with exponentially high freight rates and delays as a number of industries compete to meet unmet demand.

The shortage of computers is expected to continue until 2022, when this year’s holiday season is set to see a large portion of the demand not be met.

Vendors that are able to manage this period of operational disruption are equipped with production and distribution diversification and better visibility into orders to prioritize hardware allocation to overcome the problem.

It is among the top five computer hardware vendors. All but one continued post-shipment volume growth in the third quarter of 2021. Lenovo led the market with 19.8 million units shipped, a modest 2.5 percent increase annually.

HP retained second place. But it saw a decrease of 5.7 percent. With shipments of Chromebooks dropping to the US.

Dell, who finished third, was the big winner. It recorded the highest growth of 26.7 percent with more than 15 million units shipped. In addition to a market share of more than 3 percent from last year.

Apple and Acer ranked fourth and fifth, with growth of 14.4 percent and 5.7 percent, respectively. With the former also enjoying gains in market share.

Read also: Google is focusing on making its apps suitable for iOS 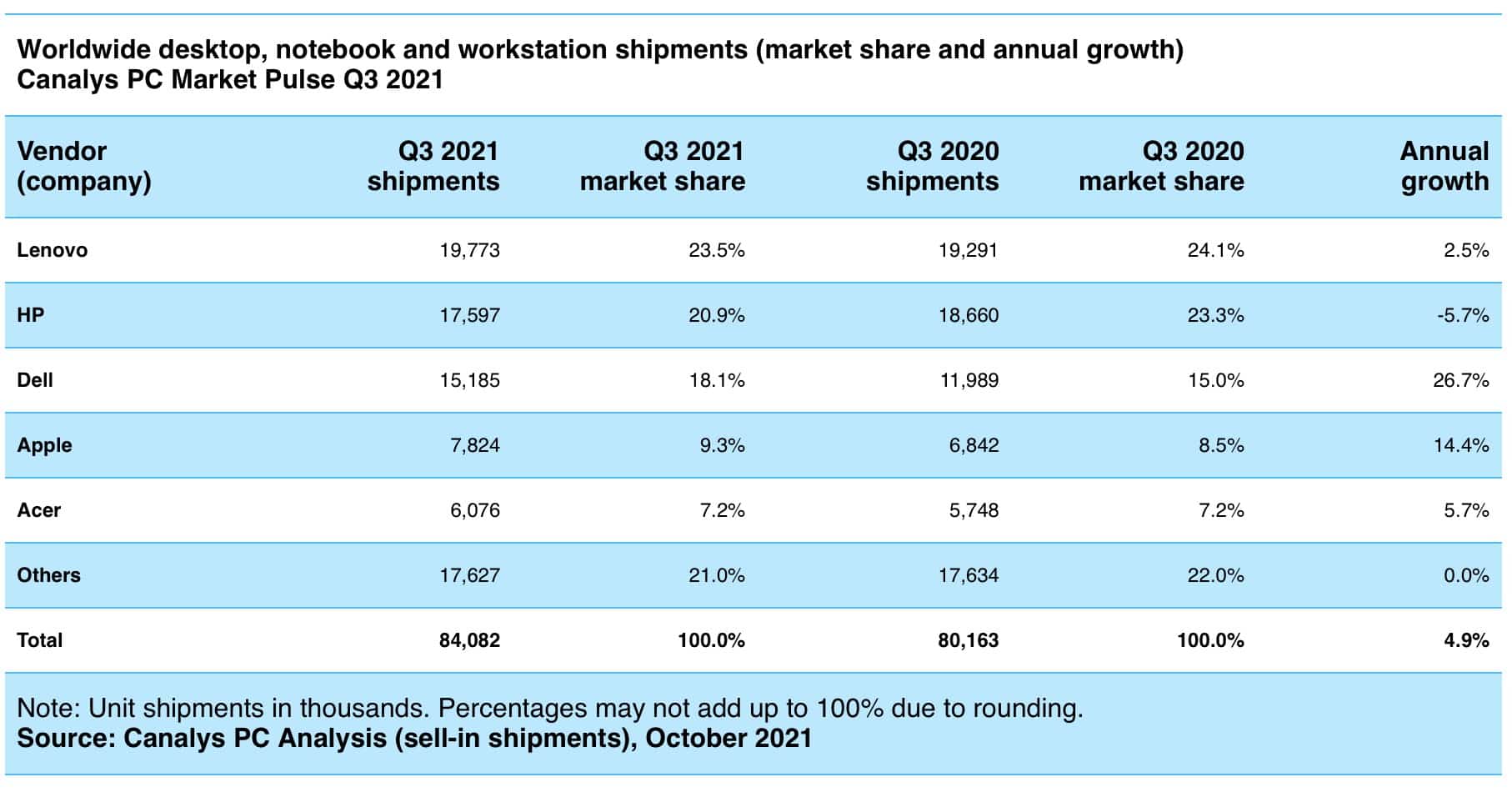 Announcing the return of Doktor's Curse for Rainbow Six Siege

Use hashtags to better manage your Apple Notes