A Michigan mother has been arrested after her six-year-old child took a package of homemade THC-infused edibles, packed in a Life Savers Gummies bag, and shared it with a handful of classmates who became so sick, they had to be hospitalized.

Melinda A. Gaticia was arraigned in Genesee County District Court on Wednesday where she plead not guilty to the one count of felony second-degree child abuse.

The felony charge comes after several students fell ill after ingesting the edibles at Edgerton Elementary School in Clio on Friday. At least four students were taken to the hospital, but have since been released and were back at school on Tuesday, officials said.

Genesee County Prosecutor David Leyton said the homemade edibles were packed into a Life Savers Gummies bag and left out at home, where the child found them, and took them school. Each edible had up to 30 milligrams of THC oil.

‘We understand that mom probably just made a mistake here,’ he said. ‘Nobody’s saying she’s a criminal. She made a mistake, but it’s a mistake that has caused a lot of havoc.’

Gaticia could face up to 10 years in prison if convicted of the felony charge.

‘That doesn’t mean it’s going to end up that way,’ Leyton said during a Facebook live video Tuesday.

‘We’ll make hopefully a learned decision as to what the case should result in. But the most important thing is this not happen again in our community.’ 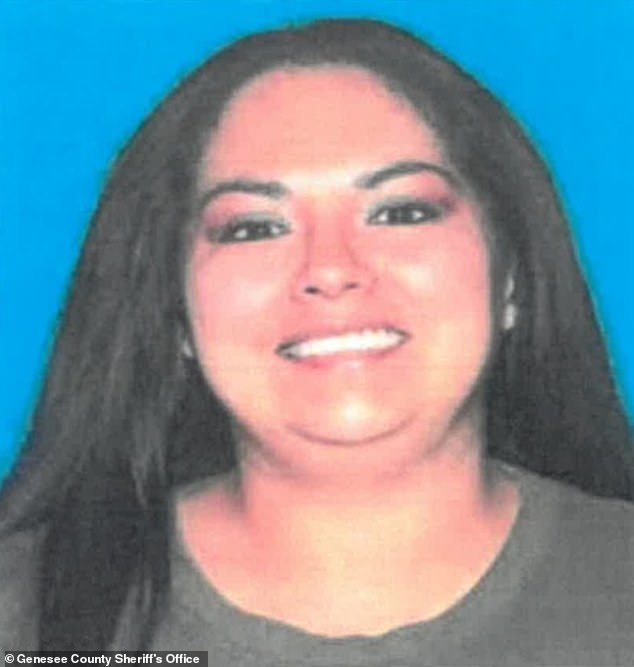 Melinda A. Gaticia was arraigned Genesee County District Court on Wednesday where she plead not guilty to one felony count of second-degree child abuse 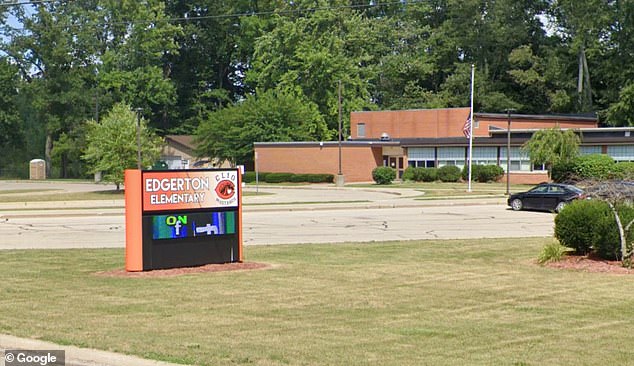 First responders were called to Edgerton Elementary School in Clio, Michigan around 1 p.m. Friday in response to the students reporting to their teacher that they felt ill.

First responders were called to Edgerton Elementary School around 1pm on Friday in response to a report of multiple students falling ill.

Students showed symptoms of nausea, lethargy, and lightheadedness – mirroring the same symptoms indicative of carbon monoxide poisoning, or what one may feel if there was a gas leak, Swanson said at the time.

‘In less than 20 minutes, you have kindergartners unconscious, short of breath, lethargic, the school evacuated, the prosecutor contacted, sheriff’s office responding, kids taken to the emergency room,’ Genesee County Sheriff Chris Swanson said. ‘How did we get here?’

Out of caution, the school of more than 400 students was evacuated, and authorities inspected the air and food, but nothing harmful was found. The building was also examined for a gas leak or carbon monoxide but it was confirmed there was none detected.

The school posted a letter online to parents on Saturday, stating that further investigation had led authorities to believe that the students may have ingested a foreign substance that led to the illnesses. 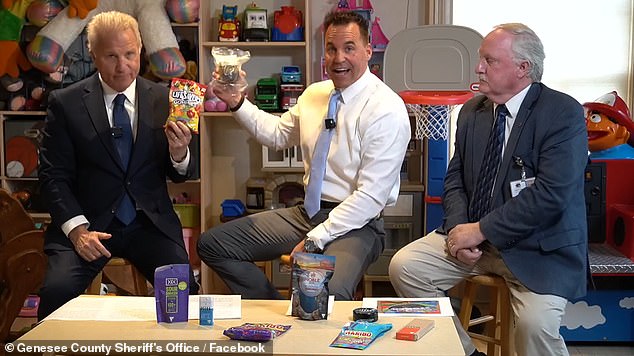 An investigation by the sheriff’s office revealed that the mother had purchased liquid THC in 2021 and made her own marijuana-infused gummy edibles with up to 30 milligrams of THC per gummy, Sheriff Swanson said.

Leyton added that while it is legal to infuse and create your own marijuana edibles, the mistake was made when the mother left the gummies out where her six-year-old child could access them.

A probable cause conference has been scheduled for May 12. 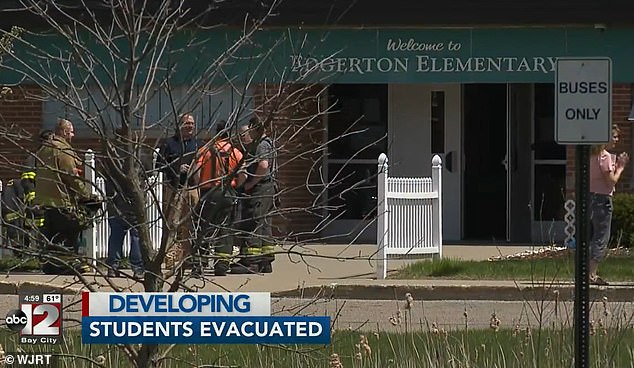 First responders were called to Edgerton Elementary School in Clio, Michigan around 1 p.m. Friday in response to the students reporting to their teacher that they felt ill. 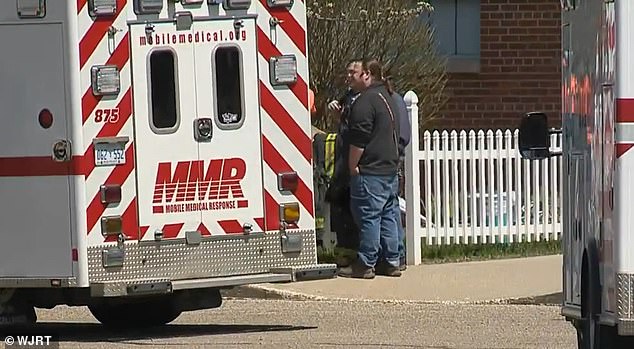 The school building of more than 400 students was evacuated as another form of caution. The school reached out to parents to notify them of the situation. 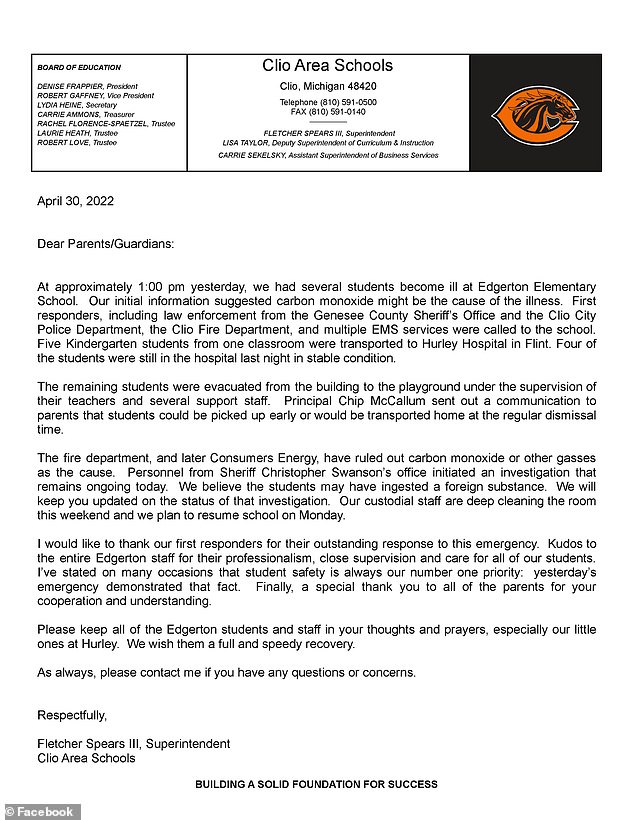 The superintendent of Clio Area Schools, Fletcher Spears, said on the Facebook Live video on Tuesday that the four sickened students — who were between the ages of five and six — were taken to a hospital in Flint.

Three were released on Saturday, and the fourth student went home Sunday. 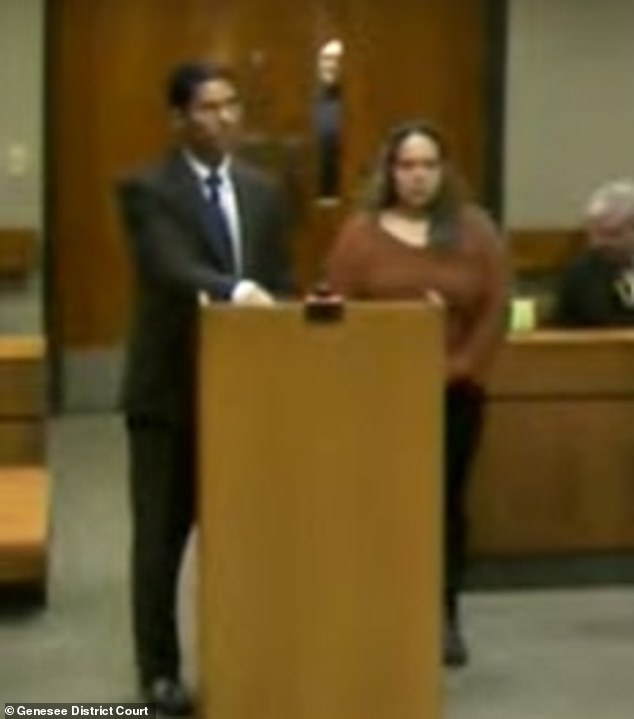 Trump says Walt Disney is 'looking down asking "what has happened to my Magic Kingdom"?'

Ray J: ‘Kanye knew nothing of Kim Kardashian’s role in marketing sex tape until I told him’
35 mins ago