There is nothing funny about a bad tattoo.

But Amber Heard broke down in tears when she told a court that the first time Johnny Depp hit her was because he thought she was making fun of his latest inking.

‘I had never been hit like that,’ she said, the compliant Olive Oyl to his tattooed Popeye. ‘I knew you don’t come back from that, and it broke my heart.’

Heard also choked back sobs when she said the defamation trial brought against her by Depp is the ‘most painful and difficult thing I have ever gone through’ – and all this happened during the first hours of her testimony, which is expected to last for days. 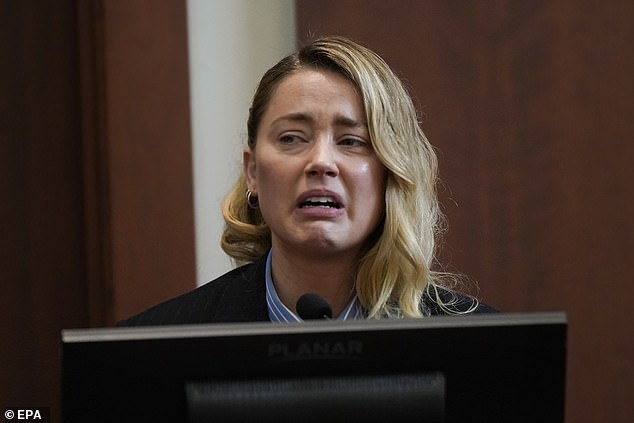 It was 2pm local time when Miss Heard finally took the stand in her own defence against Johnny Depp.

Fans must have been pleased that her lawyer Elaine Bredehoft wasted no time in getting straight to the heart of the matter. 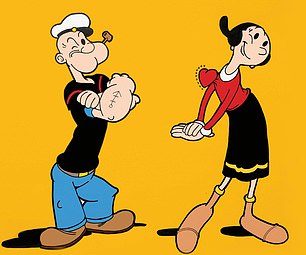 What happened during their first stage kiss on the set of The Rum Diary, their first and only film together? ‘We had a kissing scene. It didn’t feel like a normal scene: It felt real,’ recalled Miss Heard.

‘Did he use his tongue?’ asked Bredehoft, rather in the manner of a prurient but plain friend back in high school. Amber looked sad for a moment.

‘Yes,’ she replied. Not very much later, the couple kissed for real and you will never guess what happened next.

‘We fell in love,’ Amber told the court, with a catch in her voice.

There have been a lot of big moments in the 36-year-old actress’s life, but surely none bigger than this. What is at stake? To paraphrase her ex-husband from earlier in the trial, only absolutely everything. Little wonder that all morning, excitement had been building.

‘We are waiting for the expected testimony of Amber Heard, now just half a witness away,’ cried anchor Ted Rowlands for Court TV, who promise their millions of viewers ‘a ringside seat to justice.’

Inside the Fairfax County courtroom, attendees had been told they could no longer bring bottled drinks inside, a sure sign of impending celebrity appearance.

The last time they were so instructed was just before Depp took the stand.

During his four days of testimony, he claimed that not only had he never struck Heard, it was he who was the abuse victim, not her.

No one threw actual cold water over his claims, but the metaphysical deluge was about to start.

For her big appearance, Miss Heard unbraided her hair and was wearing a three-piece pinstripe suit with a blue shirt buttoned to the neck.

If she were planning to star in a remake of Bugsy Malone: The Feminist Years, all she needed was a kipper tie to complete the look.

It seemed studied, and some might suggest that she was deliberately playing down her sexuality to emphasise her victimhood.

Others could argue that all her sexless ‘cosplay’ shows is that women still have to dress to play a role in society.

Quizzed by her own lawyers, Amber started off slow, painting a super-cute picture of her first years as a Hollywood ingénue – one in which she ‘worked my butt off’.

She met world-famous Johnny Depp at an audition when she was 22 – and here she painstakingly spelled out their lopsided power dynamic as they bonded over ‘books, music, poetry and obscure writers’.

She said: ‘I was a no-name actor… he was twice my age and here we are, getting along. I thought it was unusual and remarkable.’ When she got the job, he personally rang her up and said: ‘You’re it kid, you are the dream.’

During all this Cinderella-ising – cue violins! – Depp kept his eyes fixed downwards on to his courtroom desk, doing an extravagant job of not looking at his former wife.

This fallen Prince Charming, fighting to clear his name, wore an expression that was dark and brooding.

Prior to Miss Heard’s appearance, the first witness for the defence was forensic psychologist Dr Dawn Hughes, who testified that her client suffered PTSD as a result of Depp’s alleged violence. 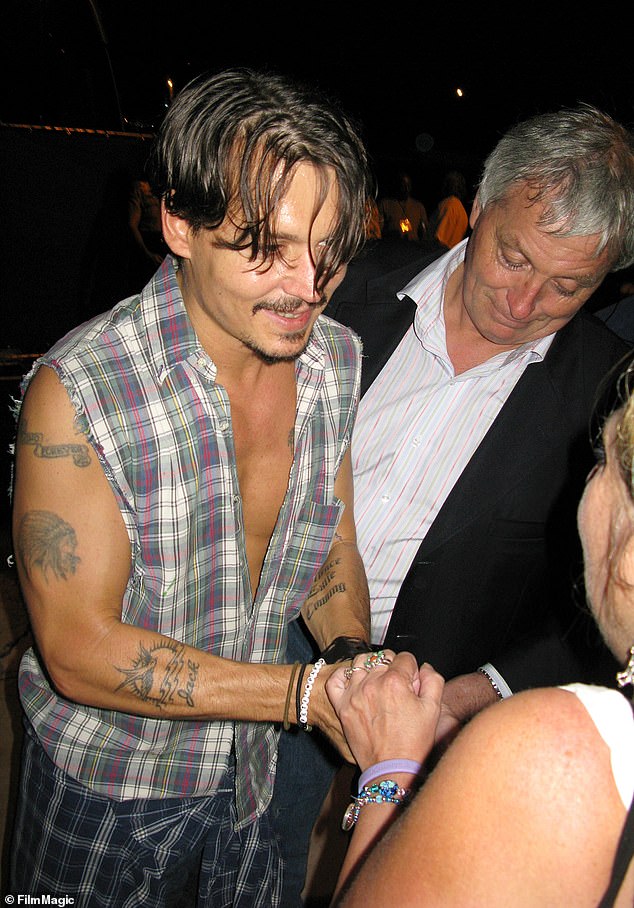 He apparently also gave Heard heart palpitations – and not the good kind. During this evidence, I got very confused over the business of the dagger – or was it a sword? – that Amber had given Johnny as a gift, engraved in Spanish with the words Until Death.

The prosecution suggested that it was an unlikely present to give to a serial abuser, a man you were supposedly terrified of – and surely many would agree.

However, the one thing this trial has revealed is that the ways and means of Hollywood folk are a mystery to us all.

‘There is context,’ argued Dr Hughes and in the well of the court, Amber permitted herself a smile. She also grinned when Depp’s lawyer said, ‘We are not talking about the right side,’ meaning some medical notations on the margin of a document, not the philosophical right side.

But these were rare moments of semi-levity. Most of the time before taking the stand, she was a cold storm front; a Sombre Amber, veering from the disapproving towards the upset.

Who could blame her? From her intimate anatomy to intimacies or otherwise with former boyfriends Elon Musk and James Franco, her whole life has been spilled out like an oil leak, one which threatens to engulf them both.

Yet there were glimpses of happier times.

‘He made me feel like a million dollars,’ Miss Heard said of her initial romance with Depp. Her voice cracked prettily. ‘It felt very intense. It wasn’t a normal-life stuff. We weren’t stuck in traffic going for the groceries.’

Of course not, although a giant tub of washing powder on the shopping list wouldn’t have gone amiss.

Elsewhere she described their relationship as ‘a bubble,’ a ‘warm glow’ and ‘absolute magic’. It was odd how retrospectively thrilled she seemed by it all. Or perhaps not.

In 2020, I watched a very different Amber Heard give evidence in Court 13 at the High Courts of Justice.

Back then, during the case in which Depp was suing a newspaper for libel, her testimony also ranged over the short period of their relationship and marriage.

From first kiss to last quarrel, their romance was barely a struck match in the inferno of time – but she did not seem to regard it in so rosy terms. 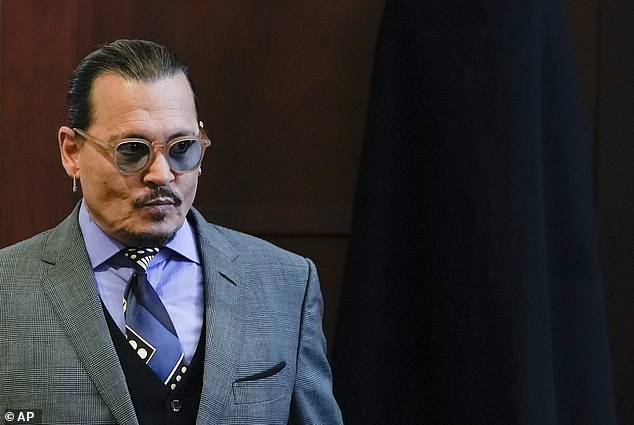 Johnny Depp (pictured in the Fairfax, Va. court yesterday) is seeking to clear his name

In London, Heard would often look up to the public gallery and grin, presumably at her sister or her friends. Once she made the sign of the horns with her hand, now and again she produced the tiniest of eye rolls that seemed to say: ‘Can you believe this garbage?’

Until she took to the stand yesterday, Depp seemed the one who was most upbeat, eating his stash of jellybeans and drawing his doodles.

Some are calling this the trial of the century, but I don’t know about that.

Yet nothing in their previous film careers, his as Captain Jack Sparrow in Pirates of the Caribbean, hers as Mera in Aquaman can save them from the battle that looms ahead.

Tears for souvenirs, the good love that went bad, brace yourselves for what comes next. Amber Heard will be heard. And she is just getting started.