By Rob Mcgibbon for the Daily Mail

Floating blissfully on my back like an up-ended turtle, I drift down a mountain river, gazing up at limestone cliffs.

The loud gushing of a waterfall accompanies a cacophony of laughter from a flotilla of holidaymakers bobbing around nearby, zipped into wetsuits and lifejackets and wearing a rainbow of crash helmets.

My 11-year-old son Joseph’s whoop of nervous joy sounds out as he jumps from high rocks into a freezing lagoon — a thrill known as canyoning. 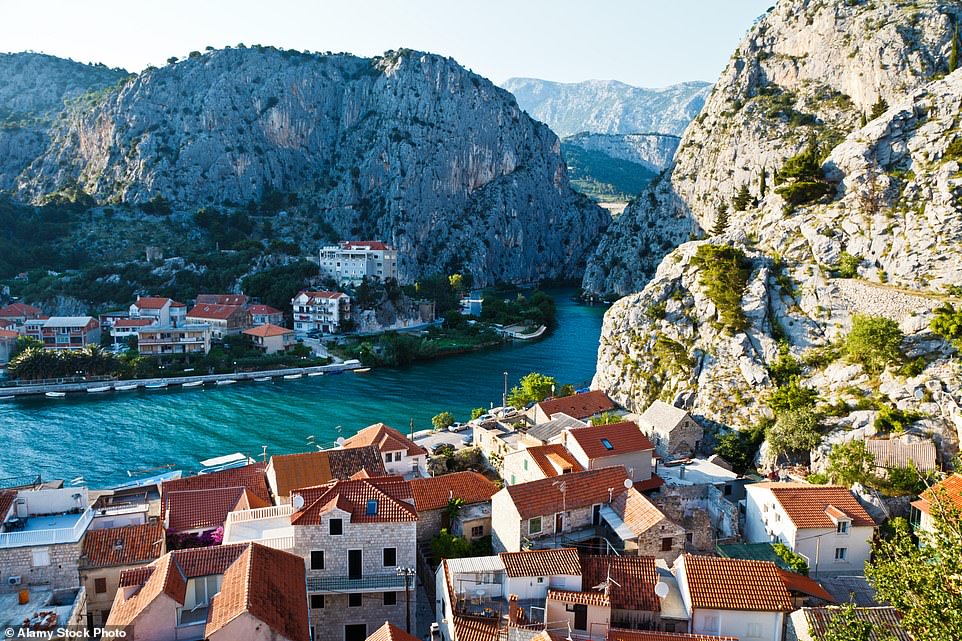 Go with the flow: Rob McGibbon goes on a ‘family adventure’ along the crystal-clear Cetina river, which runs through the mountains in Croatia. Above is the point where the river meets the town of Omis

This is all part of a ‘family adventure’ holiday in Croatia’s crystal-clear Cetina river.

The stars had aligned when I stumbled upon the Responsible Travel website, which connects hundreds of small tour operators offering breaks with eco credentials. We chose Green World Holidays for its action-packed breaks in Croatia and Slovenia. The activities on offer have a low environmental impact, it offsets flight emissions by donating £25 per family to the Cool Earth charity, and it plants one olive tree per booking on the Croatian island of Brac.

Home is a spacious apartment in a block taken over by Green World in Podstrana, seven miles south of Split. It’s a nondescript residential area, but sweeping views across the sea and easy access to beaches make up for its lack of character. 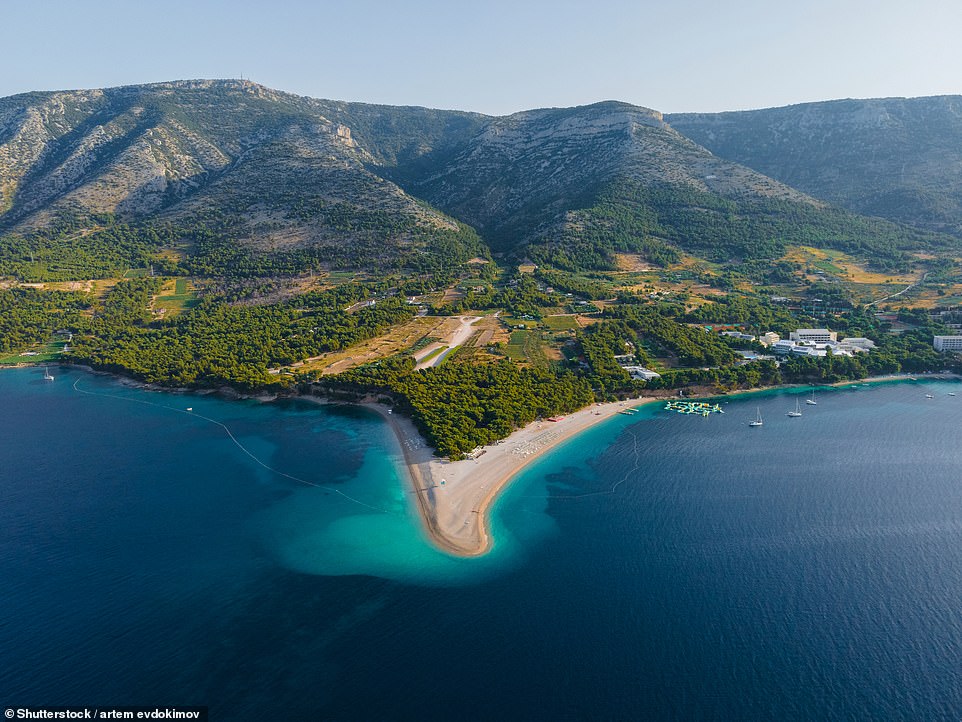 Every time a traveller books an eco trip to Croatia with Green World Holidays, the company plants one olive tree on the Croatian island of Brac (pictured) 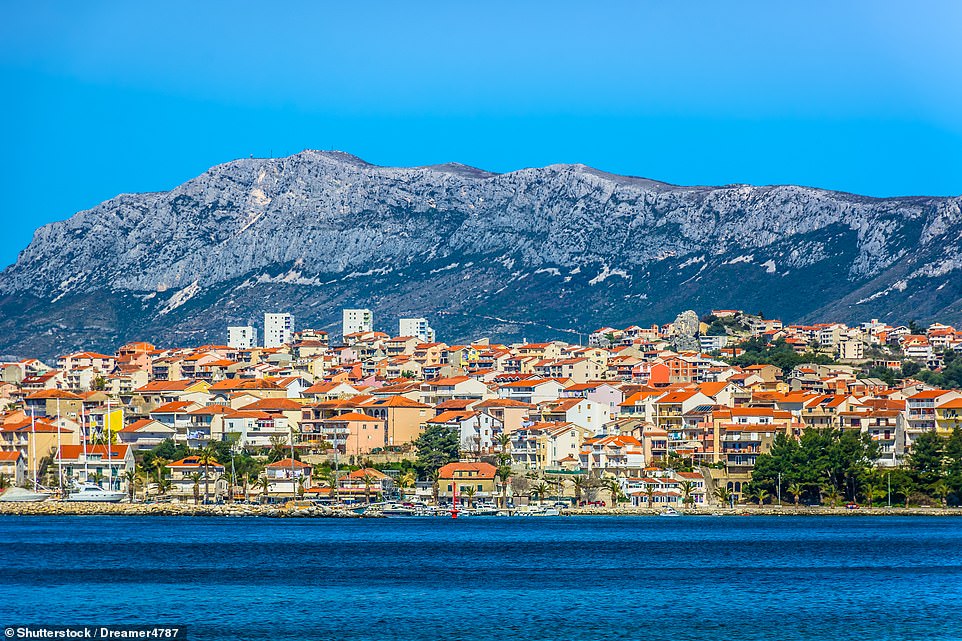 Rob stays in a spacious apartment in Podstrana (pictured), seven miles south of Split. ‘It’s a nondescript residential area, but sweeping views across the sea and easy access to beaches make up for its lack of character,’ he says

Our days take on a challenging routine, and the key to this holiday is to go with the flow. By 9am, our two buoyant guides — Barisa and Sara — are waiting with a team of helpers and three smart people-carriers to whisk us away.

First up is sea kayaking, which is hard paddling but a buzz. This is followed by excursions to different parts of the Cetina high in the mountains. Next is Tubing — drifting six miles downstream on an over-sized inflatable doughnut. It’s relaxing and great fun.

On day three we go white-water rafting in teams. The rapids are gentle, but the children are excited. Then we have a day off from the river. 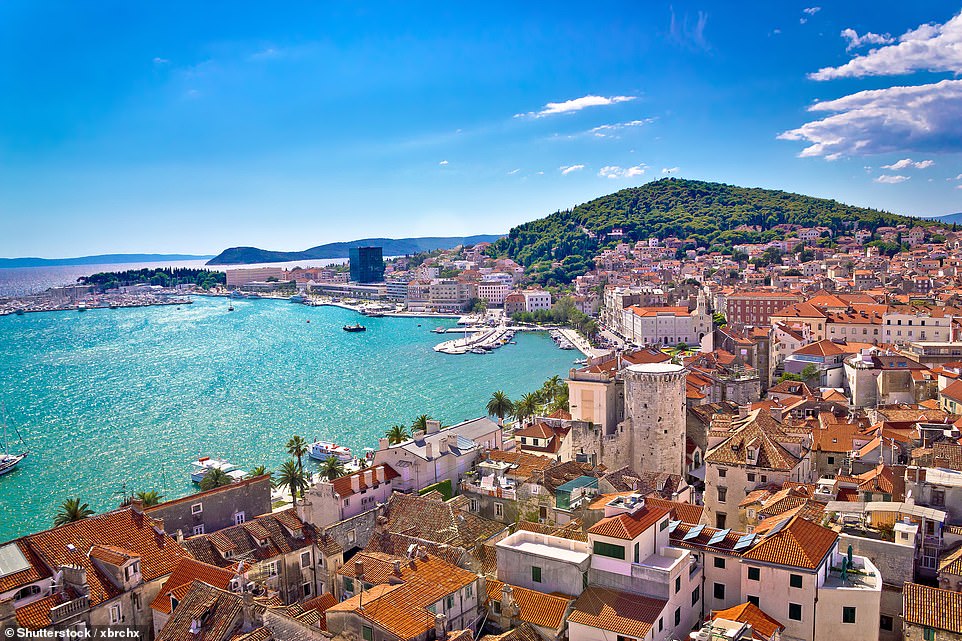 ‘Other families go zip-wiring, while we take a taxi into Split (pictured) to douse ourselves in culture,’ Rob writes 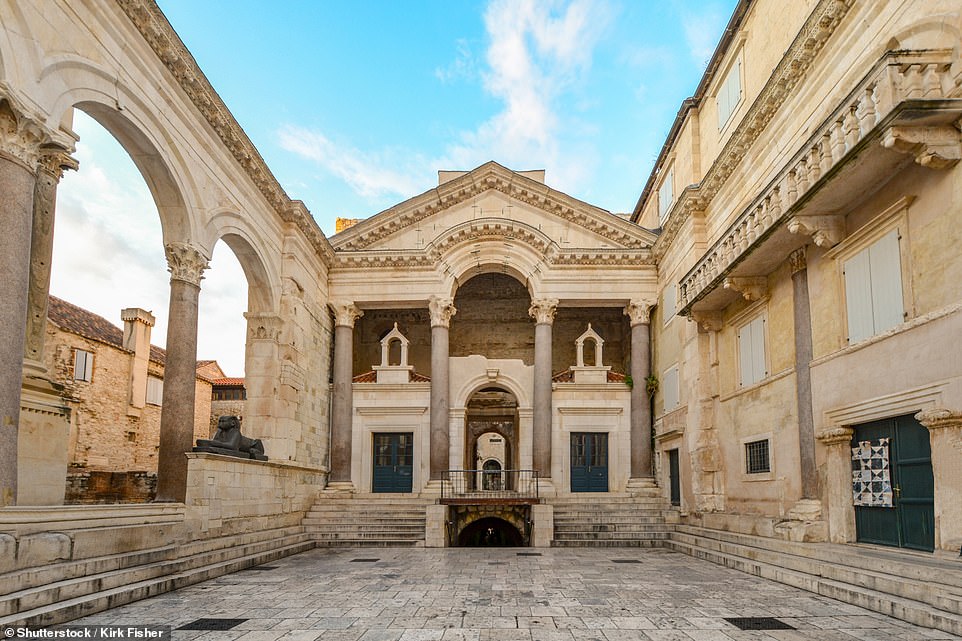 Rob and his family explore Diocletian’s Palace (pictured), a fortress built by the Romans in the 4th century and a UNESCO World Heritage site 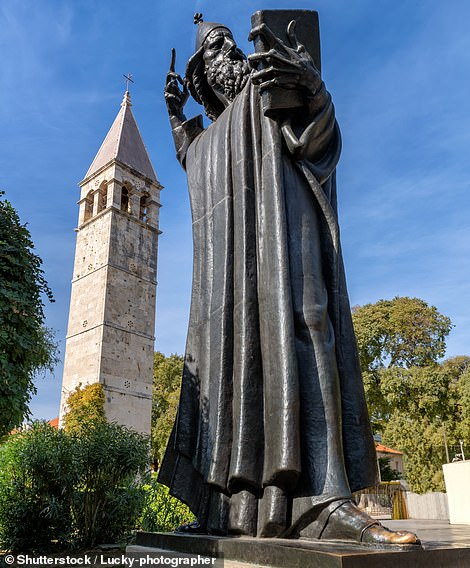 Above is the statue of Gregory of Nin in Split. ‘Legend has it that rubbing his shiny toe will bring good luck, so I duly touch it – then sanitise,’ says Rob

Other families go zip-wiring, while we take a taxi into Split to douse ourselves in culture. We explore Diocletian’s Palace, a fortress built by the Romans in the 4th century and a UNESCO World Heritage site. We climb the Cathedral of St Domnius bell tower and visit the Temple of Jupiter, then amble round the museum.

Joseph is thoroughly bored by it all, but is strangely mesmerised later by a roll-on, roll-off ferry disgorging vehicles into the port.

Before leaving Split, I pay homage to the 28 ft bronze statue of Gregory of Nin, a Croatian bishop from the 10th century. Legend has it that rubbing his shiny toe will bring good luck, so I duly touch it — then sanitise.

Next up is a fabulous boat trip to Brac.

We dive off the side into the deep blue sea, float on lilos and snorkel before settling down for a long, lazy fish lunch.

The finale is a gala dinner laid on by Green World at a traditional taverna in the hills overlooking the sea. It is a perfect way to end a super week that has washed away the memories of lockdown.

Green World Holidays’ seven-night River & Canyons itinerary costs from £995 pp, based on a family of four (greenworldholidays.com, responsibletravel.com). BA flies to Split from London from £195 return.

UK hotel review: Escaping to The Hare & Hounds Inn in the Lake District 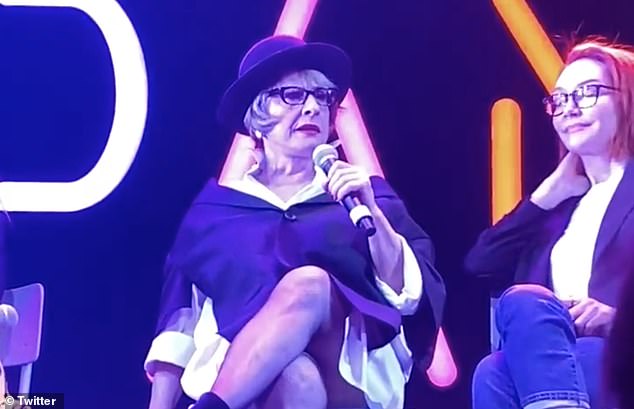 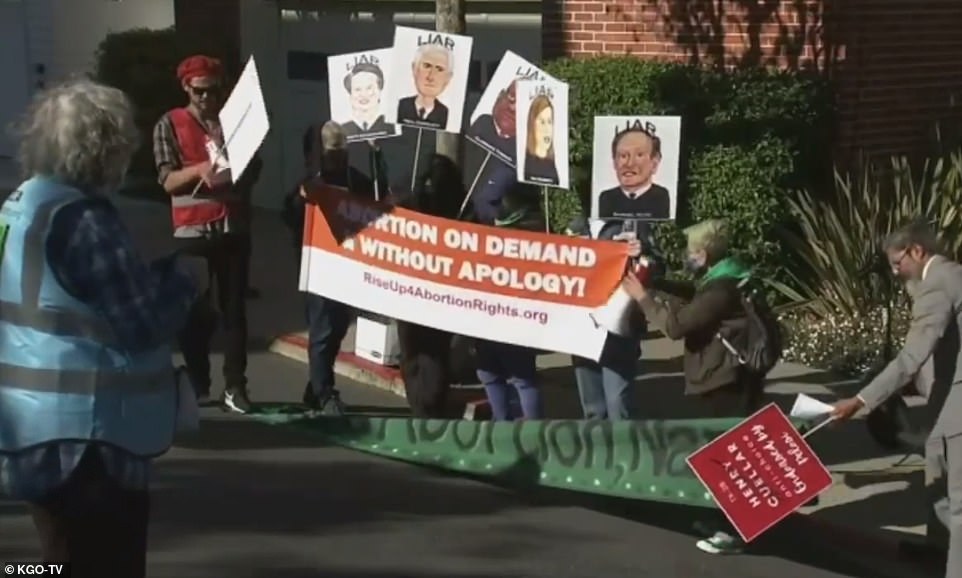 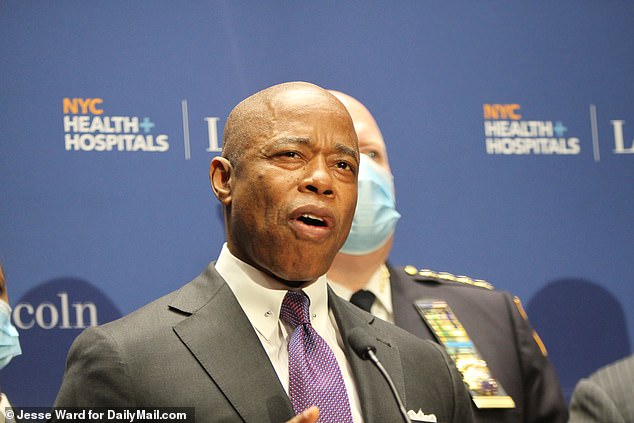 Less than a third of Americans are still worried about COVID-19, Gallup poll finds
11 mins ago